The following is an English translation of Zhao Qizheng’s speech at China-US Think Tanks and Media Online Forum, which was held via video link on July 9. Zhao is former head of the State Council Information Office (1998-2005) and former vice mayor of Shanghai (1991-1998).

I am very happy to participate in this online dialogue. With China-US relations now at a crossroads, the future of the relationship is an issue of global concern. I believe this online forum will help us delve deeply into the issue.

Now I think of the year 2000, a US election year when, prior to my US visit, I was invited by Joseph W. Prueher, then US ambassador to China, for a meeting at the American embassy, where I was interviewed by The Associate Press and other media. I said that in spite of progress in China-US relations, there's still much to be desired. To media inquiry as to when China-US relations would be viewed as satisfactory, my reply was: “When candidates during US presidential elections no longer need to canvass for votes by attacking China, we can say the relationship has reached a new stage.” I always feel that lack of understanding and misunderstanding between the two peoples constitute major obstacles to China-US relations.

This year is again US election year. I remember seeing a cartoon showing how the Republicans and Democrats, with their consensus on managing the “threat of China's rise,” are both throwing darts at China. Such propaganda will only add to the American public’s negative perception of China, and play on the nationalist sentiments in the US.

Since the beginning of the China-US trade war in 2018, China has, in the spirit of sincerity and trust, attended multiple rounds of negotiations with the US, with success finally reached this January. Nevertheless, the US side continues to attack China as its major rival. In the Trump administration’s National Security Strategy of the United States of America in December 2017, China is identified as a strategic competitor and chief rival. In the US Department of Defense’s Indo-Pacific Strategy Report in June 2019, China is described as the primary concern to US national security. In the United States Strategic Approach to the People’s Republic of China published in May 2020 by the White House, it claims that Americans have more reason than ever to understand the threats China poses to American economic interests, security and values. All these suggest the US is working hard to lay the Thucydides Trap in terms of China-US relations.

In 2017, professor Graham Allison from Harvard University’s Kennedy School of Government published a book entitled “Destined for War: Can America and China Escape Thucydides Trap?” It was soon followed by a Chinese translation, though Chinese readers do not think that China and the US will repeat the wars for supremacy that have taken place in the past. Hawks in America claim that America’s chief rival is not terrorism, but a sovereign state. Post-Cold War America needs a new enemy, and neoconservative forces in America are co-opting China-US relations into the Thucydides Trap. 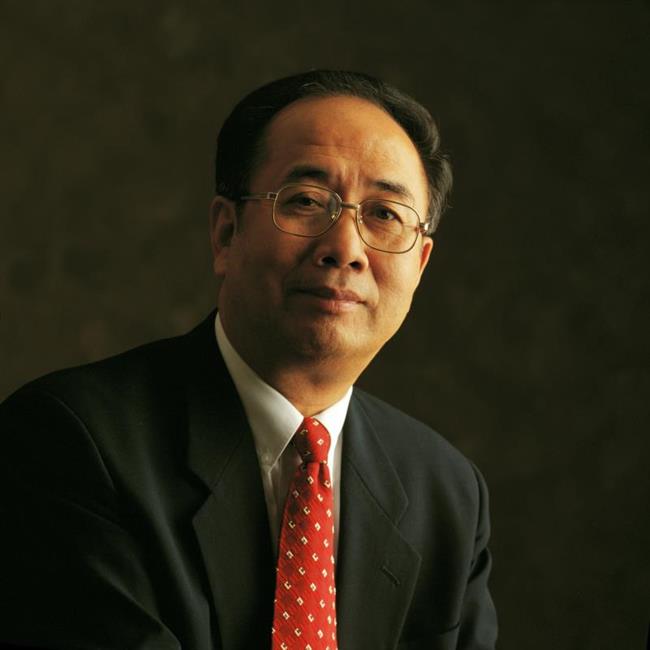 History has shown China’s time-honored cultural tradition in commending the value of harmony. In the 15th century, the Ming Dynasty dispatched abroad a powerful fleet led by Zheng He, not for the sake of colonizing, but to spread national prestige and to tighten ties with overseas nations. Even today I am still told from time to time by some historians and politicians in Asia that while the fleet led by Christopher Columbus was much smaller, they were in quest of direct economic interests and land. By contrast, the Chinese had no such pursuits and the historians are bewildered as to the true motive behind the costly trip.

The tributary system long sustained between China and its neighboring nations was not colonial, but a mechanism meant to perpetuate peace between neighboring nations in the faith of harmony. I would like to add here another less-known fact: In the reign of the first emperor of the Ming Dynasty, Zhu Yuanzhang, also founder of the dynasty, issued an injunction to his posterity to the effect that they should never wage war against 15 neighboring countries.

Soon after the founding of New China in 1949, the world entered a long period of Cold War. Since China’s reform and opening-up in the 1980s, China has entered a period of relatively rapid development. Since the time of Chairman Mao Zedong, China has reiterated its intention of not choosing the imperialist road. China has never provoked the US, nor does it intend to participate in a new Cold War.

Typical of US containment of China is its hostility to Huawei. Without any evidence, the US pronounced Huawei a threat to US security. Even the British are wondering, “Who’s afraid of Huawei?” The US intention to stifle Huawei, utterly irrational and outrageous, is something beyond the understanding of the Chinese public. We Chinese believe the US claim is utterly a “pseudo-proposition.”

Thus at this critical juncture, given firm grasp of historical drift, China and the US should have the capability and wisdom to avoid the Thucydides Trap. Forgive my frankness: American hawks have been hypersensitive to China’s rise, and the comprehensive containment of China by the US would only prove to be a historical mistake.

In recent years, with China-US relations sinking to all-time lows, and in spite of continuing frictions and hostilities in fields including politics, economics and security, Chinese President Xi Jinping continued to reiterate on many occasions that the two countries are mutually dependent, and both will gain from peaceful coexistence, and lose from confrontations. Cooperation is the best option.

I once served as vice mayor of Shanghai. When China announced the opening-up of Pudong, overwhelming international opinions at that time tended to suggest this was more slogan than substance. In the 1990s, with Shanghai as the point for observing Chinese economy, former US Secretary of State Henry Kissinger visited Pudong many times. He was one of the first from the West to claim that “Pudong's development was more action than slogan,” which has been proved right. Now is also the time for action in terms of improving China-US relations.

Pudong has evolved from farmland into part of a modern metropolis, and in this process of development there are many stories of collaboration with the Americans.

The three tallest buildings in Pudong, measuring about 400, 500 and 600 meters respectively, are products of China-US collaboration. They are symbols of Pudong's development, and the cutting-edge capacity of American design firms.

Shanghai General Motors, a joint venture between General Motors and Shanghai Automotive Industry Corp, was launched in 1997. It then led to several manufacturing bases across the country, with its annual production soon reaching 4 million vehicles, making it GM’s most profitable plant in the world. In 2009, when GM filed for Chapter 11 bankruptcy protection after meeting with major difficulties, GM’s Shanghai partner, in the spirit of sincerity and action and in cooperation with Mr Richard Wagner, helped save GM.

The new story this year is the launch of the Tesla assembly line in Pudong. Will there be another new story tomorrow? People are wondering. It seems no one has an answer.

How to manage the confrontational elements in China-US relations is a challenge facing both countries. As personages who have all done our bit in promoting China-US relations, we are all duty-bound to help the two peoples reduce misunderstanding. Enhanced understanding and good feeling between peoples are always the basis for government-level cooperation. So long as we are vigilant about potential clashes and reduce confrontation, our two countries will definitely avoid the Thucydides Trap.

Now China is still doing its best to guard against the novel coronavirus and restore the economic order. I hope that after the pandemic I will be able to invite you all for a visit to Shanghai.