Fighting the onslaught of misinformation 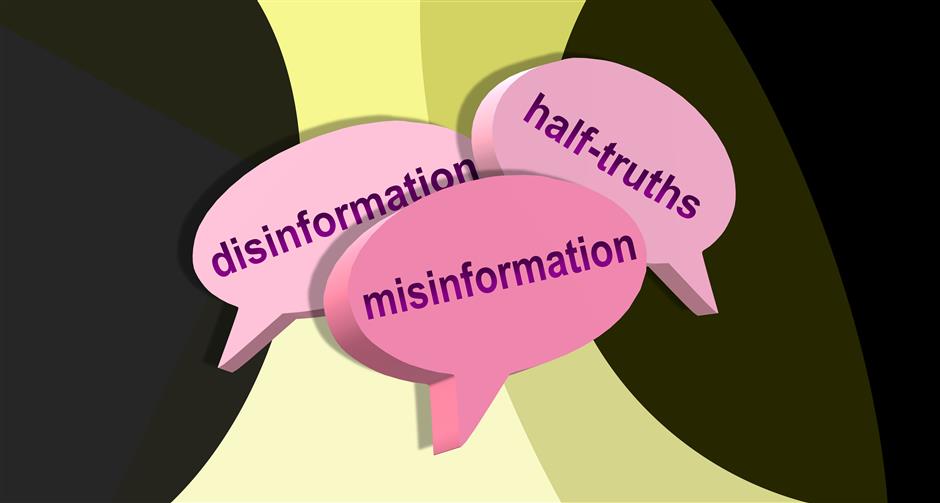 The emergence of the SARS-CoV-2 virus has not only led to the global COVID-19 pandemic, but also fueled an accompanying onslaught of misinformation. Some have promoted drugs such as hydroxychloroquine as cures for the disease, despite insufficient scientific evidence of their effectiveness; others have announced a COVID-19 vaccine before its safety and efficacy have been rigorously tested. Meanwhile, far-fetched pandemic conspiracy theories circulate widely on social media.

The World Health Organization defines an “infodemic” as “an overabundance of information — some accurate and some not — that makes it hard for people to find trustworthy sources and reliable guidance when they need it.” Today, the huge volume of misinformation regarding COVID-19 threatens to undermine evidence-based responses to the pandemic — and scientists must not stand idly by.

For example, the International AIDS Society (IAS) recently convened the first virtual International AIDS Conference and the first global abstract-driven conference on COVID-19. But the vital research presented at those meetings already risks being lost amid the deluge of content peddled by science deniers and conspiracy theorists who openly challenge established research methods. Less prominent, but equally pervasive and harmful, are the much subtler factual misrepresentations, propaganda and hyperbole regarding COVID-19. The world therefore needs scientists to help separate facts from semi-facts.

As international HIV researchers, we know what is at stake. For four decades, we have experienced firsthand the deadly consequences of misinformation. We have faced off against AIDS denialists and anti-vaccine extremists, and confronted the stigma and myths that continue to prevent many of those most in need of lifesaving health care from accessing it.

Many of those taking loudly to the airwaves and plastering the Internet with false claims about COVID-19 — offering fake cures, downplaying the consequences, and ignoring those most affected by the virus — recall the tone of the AIDS epidemic’s early days.

Although the AIDS epidemic taught us that misinformation is lethal, it also showed us how powerful the medical and research communities can be when they band together, speak up, and demand attention and action to address a crisis.

Scientists, clinicians and researchers are trained to be objective.

But being objective does not mean being silent. Countering attacks on science requires researchers and front-line health-care providers to call out deniers’ lack of evidence, manipulated data and flat-out lies.

HIV researchers’ greatest victories resulted not from scientific breakthroughs alone, but from forming a common front with policymakers and grassroots activists.

From the early days of the HIV response, activists pressured politicians to give scientists more resources to research the virus, and called for better access to treatment.

The global COVID-19 response is the latest proof that we are most resilient to health threats when scientists and politicians inform one another, and the public receives clear and transparent information.

The countries that have fared best in dealing with the pandemic are those where these three constituencies have worked together effectively.

Ensuring such collaboration requires scientists — who this year have been pulled into the global spotlight and often attacked — to stand up for the integrity of science and forge stronger alliances with policymakers and activists.

Scientific research may take time, and conclusions may change as new evidence is collected and analyzed, but policymakers must not play with people’s health by circumventing the process for political gain.

We need to rally behind our colleagues to show the world that they are not alone in championing evidence-based policies and interventions to combat COVID-19.

Being HIV researchers has made all of us activists by default. Now more than ever, our scientific colleagues need to play a similar advocacy role to counter lies and myths, and protect the integrity of science.

We therefore call on governments to protect the independence of national and multilateral scientific institutions. We also call on social media companies to contain, rather than facilitate, the spread of misinformation. These tech giants can no longer pretend to be mere platforms that bear no responsibility for the messages they amplify.

Similarly, we call on the news media to ensure that both coverage and headlines render scientific knowledge accurately. Reporting scientific findings selectively or out of context in order to promote particular narratives is profoundly unethical. And we call on legislators to adopt only evidence-based, health-related laws and policies. Too many laws still criminalize disease instead of the stigma and discrimination that accompany it.

Countering the COVID-19 infodemic requires not only facts, but also the coordinated and strategic advocacy for which those fighting HIV are renowned. In the face of misinformation, silence kills. All segments of society must act now to dispel myths and amplify the voice of science. Our lives, and especially those of the poorest and most marginalized, depend on it.

Françoise Barré-Sinoussi, co-winner of the 2008 Nobel Prize in Physiology or Medicine for the discovery of HIV, is former president of the International AIDS Society (2012-14). Adeeba Kamarulzaman, dean of the Faculty of Medicine and professor of medicine and infectious diseases at the University of Malaya, is president of the International AIDS Society. Copyright: Project Syndicate, 2020. www.project-syndicate.org

﻿
Special Reports
﻿
61922
,
61927
,
Fighting the onslaught of misinformation
Upcoming holiday no break from health precautions
Medium-size cities to rise after pandemic
What we can do as customers to make food delivery riders' jobs safer
Teachers can inspire with virtue as well as knowledge
Policymakers need to mitigate lingering uncertainties in providing emergency relief
Digital finance key to post-pandemic development
Epiphany about caring, dedicated male nurses
Change rules to fight fast-moving COVID-19
The post-pandemic world is not going to be what people expect
EXPLORE SHINE