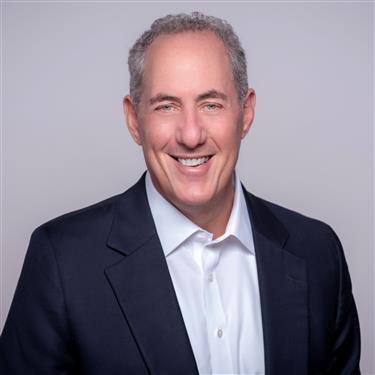 About 12 months ago, private-sector leaders came together at the World Economic Forum with a sense of optimism and a series of new commitments to re-energize the fight against climate change. Ambitious goals were set, and bold plans were announced. And then COVID-19 struck.

Owing to its ferocity and widespread impact, the pandemic has disrupted lives and businesses in ways unseen in our lifetimes as the world was forced to take drastic action — economic lockdowns, travel restrictions, school closures, and much else — in pursuit of self-preservation. Amid so much human suffering, there is a perverse irony in the fact that global greenhouse-gas emissions this year declined by a record-breaking amount. At least now we have all witnessed the potential impact of collective action.

But we should not treat temporary developments as a new normal. As COVID-19 vaccines are rolled out and the world gains its first glimpse of an exit from the crisis, we must chart a new course toward an inclusive recovery, ensuring that the race to reset the economy does not reverse the progress made on other fronts — not least climate and the environment.

If this year has showed us anything, it is that people and the planet’s health and well-being are inextricably linked. Confronting the global threats that we are facing will require urgent and coordinated action. Rather than serving as an excuse to delay environmental commitments, COVID-19 underscores just how important it is for every organization — public and private — to re-evaluate its environmental impact and reaffirm its commitments.

We have long known that the climate crisis demands collective action. At the UN climate conferences in Copenhagen in 2009 and in Paris in 2015, governments set aside the view that climate change was the responsibility of only rich industrialized countries.

While these countries have of course contributed far more cumulative emissions than the developing world, all signatories to the Paris agreement have assumed collective responsibility for tackling the problem.

According to an October 2020 Pew Research Center report, 70 percent of people across 14 countries say climate change is a major threat. And yet, owing to rising political polarization in many countries, progress since 2015 has stalled or, at best, been inconsistent. While multilateral approaches like the Paris framework remain critical, it has become clear that government action alone is not enough to prevent global warming from exceeding 2 degrees Celsius (relative to pre-industrial levels). We need alternative ways forward.

Young people are pushing for bolder action from political leaders on climate change, and consumers are demanding more transparency from businesses about their role in causing social and environmental problems and their efforts to address them. Corporations and business groups have articulated promising aspirations.

The task now is to deliver on these initiatives, at scale. There has been healthy skepticism about whether companies can and will follow through on their “purpose” manifestos, and about who will hold them accountable if they do not. But the reality is that businesses can no longer get away with de-coupling purpose from profit. Sustainability is achievable only when it is embedded as a core feature of a business’s growth strategy, rather than treated as a philanthropic afterthought.

To be sure, shareholders have placed mounting pressure on CEOs to document progress against environmental, social, and governance goals, and companies’ eagerness to show that they are “doing their part” has fueled some healthy competition on as businesses race to meet common environmental standards. But it’s not enough.

Companies need to look beyond their own walls and take responsibility for bringing others along — across sectors, borders and backgrounds. Such engagement cannot come soon enough.

Real, scalable climate action can happen only if the public and private sectors come together behind jointly executed plans. Public-private partnerships and initiatives, as outlined in the 17th UN Sustainable Development Goal, have the advantage of leveraging essential policy changes and scalable business models to combat serious global challenges.

Moreover, these partnerships create their own kind of “network effect.” Efforts like Microsoft’s US$1 billion climate commitment demonstrate how companies can join forces to support existing programs that desperately need capital in order to scale across markets. Another example is Mastercard’s Priceless Planet Coalition. This initiative brings together governments, nonprofit organizations, and businesses to plant 100 million trees as part of broader reforestation efforts, and takes the idea of collaboration a step further by helping consumers understand their own impact on emissions and providing an avenue for them to get involved directly.

By pulling together, we can de-risk individual efforts, embed environmental standards in core commercial activities, create sustainable new business models, and achieve the scale needed to secure the future of our planet. In addition to offering our resources and expertise, we must pursue collective action to restore the balance between humanity and nature before it is too late. If we act in isolation, we will be united in failure.

﻿
Special Reports
ADVERTISEMENT
How to tell opinion from fact: Do you live in a world of two realities?
Working with Chinese partners in animated films brings us together
The need for a Swiss army knife in the connected world
China's positive economic performance is good for all
Hosting WHO team shows support for origin-tracing
Tips on how to stick with your goals in the New Year
'Norms' of caste keep Americans divided, unable to work together
The kindness problem: an olive branch to shoddy waitresses everywhere
A vision of sustainable living in carbon-free cities
China's achievement in poverty alleviation seen in the eyes of a Zimbabwean student
EXPLORE SHINE