On how to show the magic of the city with stories 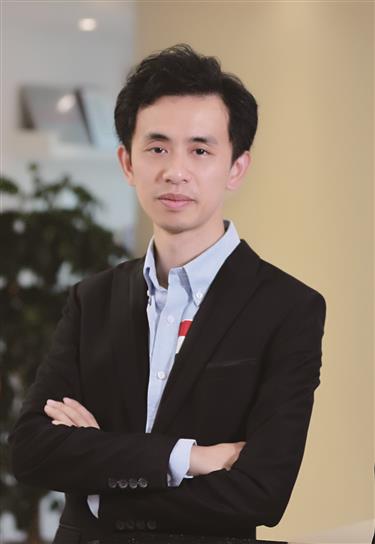 As the COVID-19 pandemic still rages globally, it remains hard for people to travel across borders, even for business purposes. Such a circumstance leads to challenges for multinational companies to communicate both externally and internally as they largely rely on digital tools rather than meeting face-to-face.

Several weeks ago, I was asked by a friend of mine, who works as head of communications at a large European company, to help work out a plan to address a request from its headquarters — Senior executives wish to know what is really happening in China, as a country and a market, and what it means to the company’s business.

The conventional way to wrap up the task might be to do some media clippings, consult policy experts for insights, and eventually write an internal memo of a page or two with all those bullet points.

But this time, a new approach was taken by connecting global executives with several expats living in Shanghai, who talked about what their real life and work is in the city.

The result was a brainstorming teleconference that involved four local expats — a middle school student, a football coach, a senior engineer, and a retired editor — who were tasked to answer all those questions raised by executives from the headquarters based on their personal experience.

The session, which lasted two and a half hours, almost doubling the pre-set time limit, worked well. Instead of being bored by economic data or policy directives, the executives appeared interested in — and surprised by — how people brought up in the West manage to study, work and live in a Chinese city. They discussed extensively about education and housing prices, the process through which expats get a vaccine, and even what to buy during a shopping festival in Shanghai.

That reminds me of what I was taught two decades ago at my journalism school — “Show, don’t tell,” which is a simple rule for good reporters.

It was linked to a well-known quote from Russian novelist Anton Chekhov — “Don’t tell me the moon is shining; Show me the glint of light on broken glass.”

My professor told me — which I now tell my students majoring in journalism — that the best way to engage the readers or targeted audience is to leverage anecdotes to convey an event in the life of whatever or whomever that we write about. The more specific the anecdote, the better.

The best reporters never make any assertion or statement without examples. Instead, they assemble details, anecdotes and comments with the most diverse angles, and then let the readers make their conclusions.

They don’t rely on phrases like hugely successful or best of its kind.

“Show, don’t tell,” the golden rule of great journalism, is the exact approach that Shanghai is following to depict what the city is doing today and into tomorrow.

And from what I can see, there are at least two such initiatives underway.

The first project is run by Xinmin Evening News, one of the city’s biggest newspapers, on the topic of “What Shanghai is like to expats.”

They share what they feel and think in their real life in Shanghai, what they do to expand their business or in their leisure time, and the areas they think the city does a good job or needs improvement. They are outspoken, open and candid, and the reason behind such sincerity is that they live in Shanghai, and they are eager to share their own stories.

Another initiative, iDEAL Café, is designed to spread the stories of Shanghai coffee to people all over the world.

The organizer Shanghai Daily placed a “story mailbox” at the Hongqiao International Coffee Harbor to collect people’s stories about coffee.

The stories of coffee are definitely one of the best ways to demonstrate the culture of the city, which is home to more than 6,000 coffeehouses.

In a world that is growing with various opinions, debates and conflicts, any communications, especially cross-border exchanges, will work better if it follows the ABCs of journalism — Let the facts provide the proof. Anecdotes and examples, rather than characterizations and modifiers, are the preferred ways to convince readers and listeners that you are there or know what you say is true.

The local government also launched the Shanghai Global Investment Partnership Program, under which it will work with business leaders and industrial associations to share the city’s stories and deliver on its ambition to be one of the world’s top investment destinations.

Shanghai is apparently open to invite people who are interested to come and share their stories via diverse channels. And I expect to see and hear more stories, which will inspire and motivate the city to move towards its target of becoming a metropolis with global influence.

The author is founding partner of 3am Consulting, a consultancy specializing in communications. He is also an adjunct researcher with the Center for Global Public Opinion of China, Shanghai International Studies University. The views are his own.

Special Reports
﻿
On how to show the magic of the city with stories
25 working days until the next holiday! Get away from it all? Nah
Only dialogue can lead to peace and mutual prosperity
Happy birthday: We're all getting older, so let's end ageism
A Lao student's views on Sino-Laos friendship
The US original sin of exporting turmoil
First quarter data instill confidence in China's new economic stage
Bright lights, big benefits: Six ways Shanghai is good for us
From spaces to places: How Shanghai's local entrepreneurs make our city a home
One Day One Job: a day in the life of a Shanghai firefighter
EXPLORE SHINE