Three sets of new regulations have slammed China's entertainment industries in just over a week, enforcing sweeping new rules that cover everything from gaming time restrictions for children to the "resolute end" of the promotion of "sissy men." Let's take a closer look.

It all began last week when the Cyberspace Administration of China released a notice that calls for massive reform in the country's celebrity fandom economy, where a huge industry has cropped up specifically to make money from the public's obsession with celebrities.

The administration ordered a slew of changes in the way online media hype up celebrities and induce fans, often young children, into spending money in order to prop their favorite celebrity up in online battles and competitions.

As just one example, a popular online talent show called "Youth and You 3" recently had young fans purchase special bottles of milk in order to cast a vote for their favorite competitor on the show. Each bottle had a special QR code inside, and a vote could only be cast after the milk was finished.

But fans went crazy, buying tens of thousands of bottles of milk that they couldn't consume, and paying elderly family members to tip the milk out and scan each QR code. Video of the incident went viral online, angering netizens.

In response, one of the rules in the new regulation makes it illegal to "induce fans to consume," especially in order to achieve higher rankings for celebrities.

Also mentioned in the new rules are celebrity rankings, which are now "strictly forbidden."

This week, the National Press and Publication Administration followed suit and released a notice aimed at "preventing minors from indulging in online games."

They say: "For a period of time, minors' overuse and indulgence in online games has become a prominent problem, which has a negative impact on the normal life, learning and healthy growth of children."

The five-point notice strictly limits the amount of time those under the age of 18 can play online games: just three hours a week in total, from 8pm until 9pm on Fridays, Saturdays and Sundays.

In order to enforce the new rules, the administration has ordered that all users of online games in China need to register with their real names, and all registrations need to be hooked up to the official anti-addiction system.

The notice also calls for families, schools and social sectors to work together to "create a good environment that is conducive to the healthy growth of minors," which includes things like the strengthening of literacy education and the forming of good online habits. 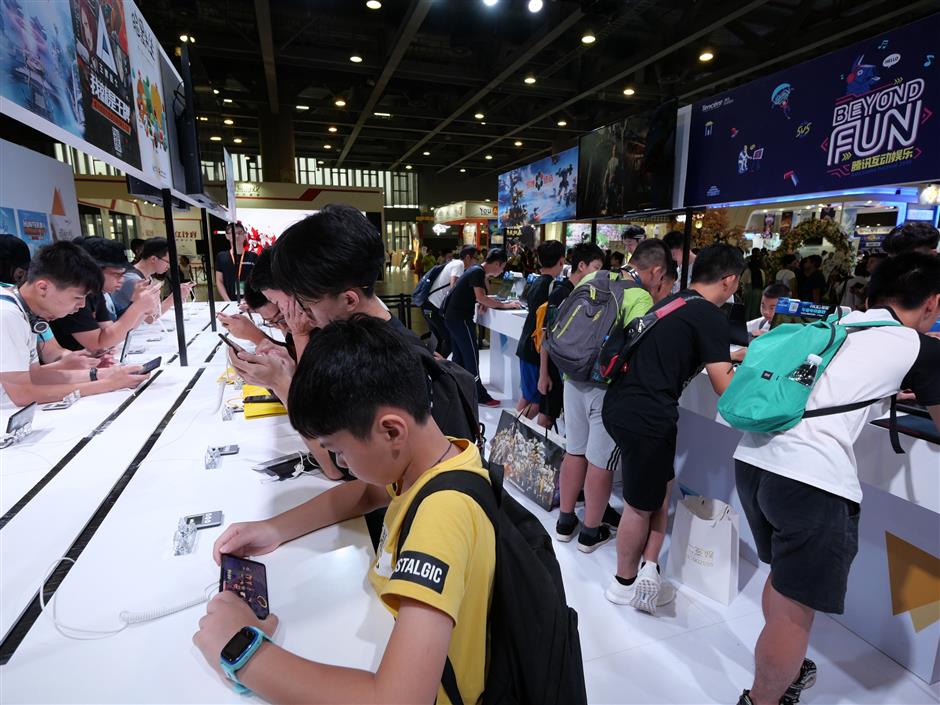 China has rolled out tough measures to limit the minors' gaming exposure.

After the press and publication administration dropped their notice, the General Office of the State Administration of Radio and Television came out with the longest and widest sweeping regulations yet.

The eight-point notice on "the management of cultural programs and their personnel" first demands that broadcasting and TV program creators only select talent who are moral, of high artistic level, and socially sound, a clear referral to recent scandals involving the industry's "bad eggs" like Kris Wu, a massive celebrity who was recently arrested after being accused of violating underage girls.

Next, talent and variety shows will only be allowed to receive votes from the audience in attendance, and not the public at large.

"Feminine guys" in entertainment received a stern canceling, with the administration ordering that the promotion of niangpao (feminine men) and other "abnormal aesthetics" must be ended. This follows a long debate about whether or not the popularity of less traditional forms of masculinity in China could damage the country's image.

Actors and actresses are now no longer allowed to receive what the administration calls "sky-high" payments for appearing in productions.

What does it all mean?

Many see these recent regulations on China's entertainment industries as a way to rein in what some argue is an industry that has run amok over the past few years. The experiment is over, and now that enough information has been gleamed, it is time to get back to basics and clean up shop.

Notably missing is any representative from the nation's film industry, so I expect such a notice will probably be released very soon, if not by the time of publication.