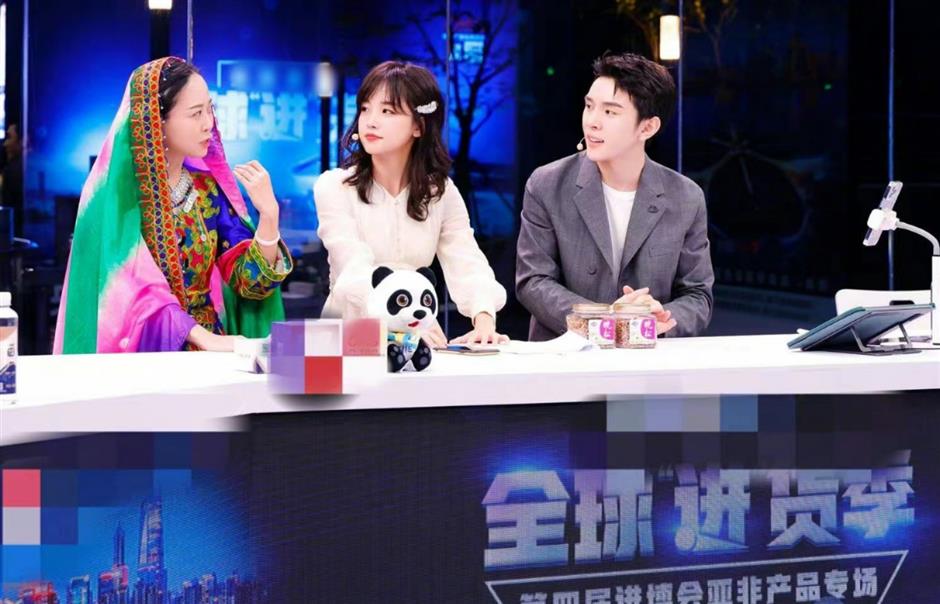 The session was dedicated to produce from some Asian and African countries.

I still marvel at the uncanny salesmanship of livestreaming celebrities, with some amassing astronomical sums of money seemingly effortlessly. But this time, the product they touted seemed truly interesting.

It was pine nuts from Afghanistan.

The duo, with the help of a CCTV anchor dressed in Pashto style, sold 120,000 cans of pine nuts within minutes, valued at over 10 million yuan (US$1.56 million), leading to an online sensation.

Many netizens expressed their yearning for more products from the country and their approval of China's practical move to help with local reconstruction by helping local people tide over their current difficulties.

In a sense, these small pine nuts, shipped to Shanghai by air, are the fruits of China-Afghanistan trade cooperation.

When the 45-ton cargo plane landed at Pudong International Airport on November 1, it was the first shipment following the Taliban takeover of Kabul in August, a veritable achievement after overcoming many difficulties.

Thanks to the cooperative mechanisms, the pine nut trade agreement was inked in June 2018 with the then-Afghan government, making China one of the largest importers of the product. Thus the landing of the cargo plane in Shanghai signified Afghanistan's resumption of pine nut export with the reopening of the air corridor. 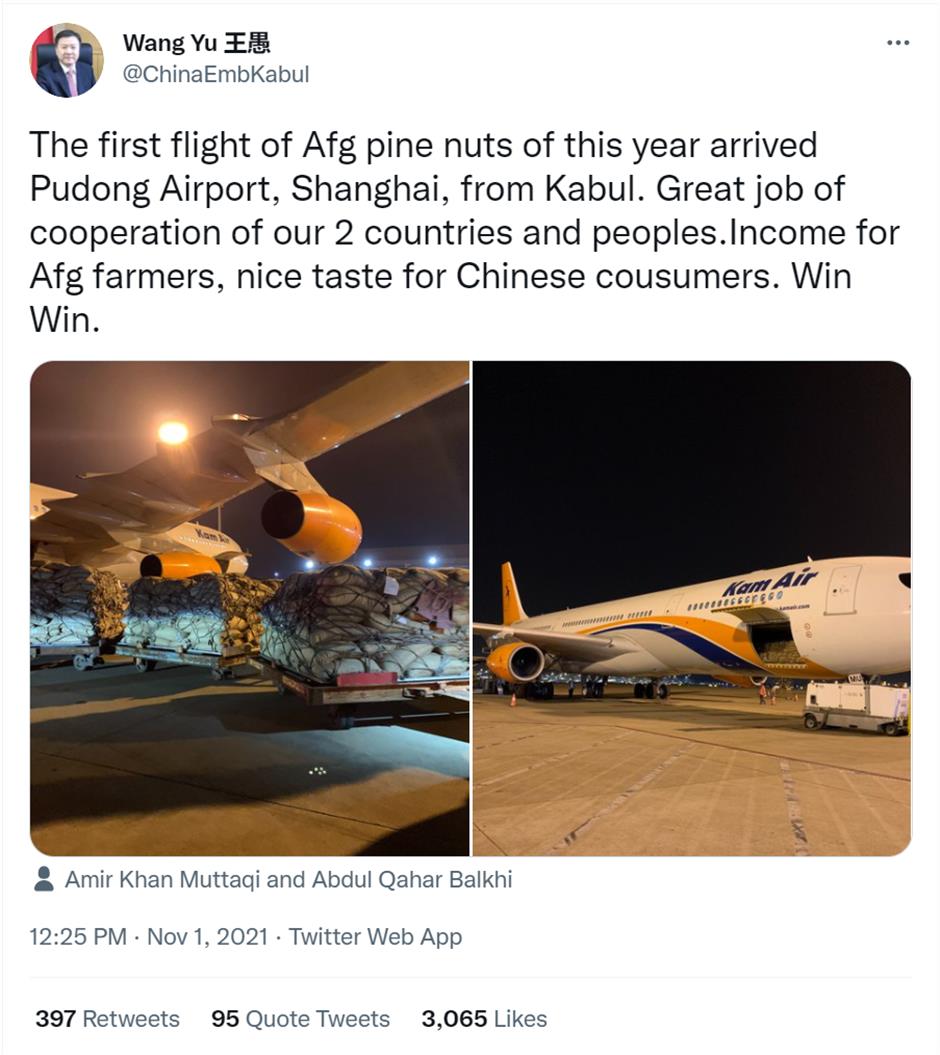 China's ambassador to Afghanistan Wang Yu applauded on Twitter the cooperation as "win-win" for the two nations because it brings income for Afghanistan farmers and nice taste for Chinese consumers as well.

For many, Afghanistan rightly conjures up images of the devastation of war and poverty, with many still having memories of the hasty US withdrawal which culminated in an apocalyptic scene of melee at the Kabul airport in mid-August.

Ten million yuan might be a trifle for some big spenders.

It has been calculated it cost the US on average half a million dollars to keep an American soldier in Afghanistan, at military bases complete with bars, superstores and entertainment facilities.

The Americans spent US$2 trillion during their 20 years of war in the country.

But 10 million yuan can mean a lot for a nation whose per capita income is only 270 yuan (US$42) per month.

The second day after the shipment, a Chinese foreign ministry spokesman said that "the little pine nuts, while delivering something delectable to the Chinese consumers, also wins Afghanistan foreign currency income and improves the livelihood of local farmers. The air route for pine nuts testifies to the long-lasting friendship between the two peoples and is a sign of steadily developing economic and trade ties between the two countries.

The pine nut is also symbolic, for it was part of a UN-supported high-value alternative to opium.

Although Afghanistan has been in the news frequently in recent decades, tragically, it gives the impression of being far away for the average Chinese. Actually, the place I was born, the Xinjiang Uygur Autonoumous Region, shares a common border of 92 kilometers with Afghanistan, in what is known as the Wakhan Corridor.

In AD 627, when Tang Dynasty (AD 618-907) monk Xuan Zang embarked on his journey to India for Buddhist sutras, he had to climb the Pamirs and entered India via that corridor.