Subway expansion a delight, with care also taken for those left in slow lane 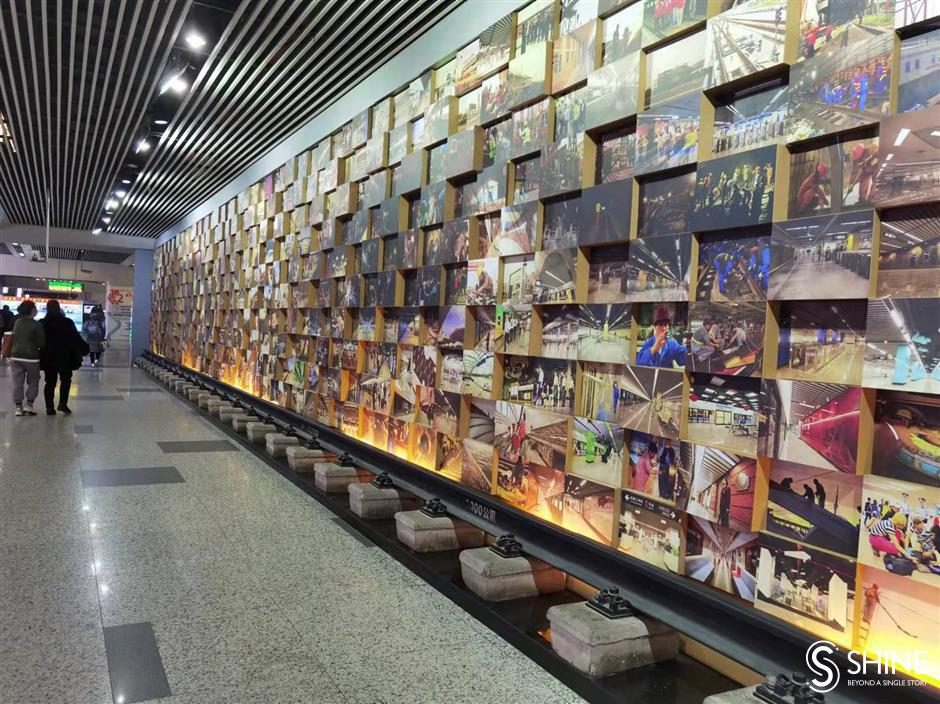 A photo wall at the Longyang Road Station showcases special moments in Shanghai's development of its subway network. It has extended to 831 kilometers, the largest in the world, with the operation of two new lines.

I took the new Metro Line 18 on the first day of 2022, joining a large group of people amazed at how sophisticated the expansion of Shanghai's already record-breaking subway network is.

On December 30, Metro Lines 18 and 14 went into operation, extending the network to 831 kilometers, the longest in the world.

The carriages of Line 18, with a natural wood color for its seats, are really a delight for eyes. There is also a wide variety of smart and lovely interiors.

Among people similarly excited about the new lines was a foreign reader of Shanghai Daily named David Neill, who is on the faculty of an international school in the city. In his letter to our reporter Chen Huizhi, he paid a compliment to the new Metro Line 14.

"My family and (I) just went from our door in Jinqiao to the Metro exit of Yu Garden in 34 minutes," Neill said in the letter. "When I arrived in Shanghai in 2010, the only way to make that time was by helicopter."

Predictably, most residents are effusive about the network as it gets more intricate. One of the more apparent benefits is reduced transit time.

Passengers look at a map at Lujiazui Station on Metro Line 14.

However, along with development, there can also be some "costs," which are hidden yet often inevitable.

In this case, taxi drivers are among the most affected.

Driving a taxi used to be well-paid, but that has long been a memory. Nowadays, it is hard to find people willing to work long hours in a taxi, with the profit margin for each cab much smaller than before.

In the few taxi rides I had last year, what I heard was nostalgia for the good old days from seasoned drivers.

"We work hard, but hard work can no longer bring us returns as sound as before," said one of the drivers in a casual chat.

If not in a hurry, people often prefer subway as a transport of choice, with its added benefits of being fast, punctual and affordable.

According to Shanghai Metro, about 12 million people used the subway in 2021, accounting for 70 percent of all users of the city's public transportation network.

But to the relief of local cabbies, starting from January 15, taxi fares in Shanghai will be raised during rush hours on weekdays and on certain national holidays, according to the city's road transport bureau. It aims to improve the quality of taxi service and retain the pool of drivers. 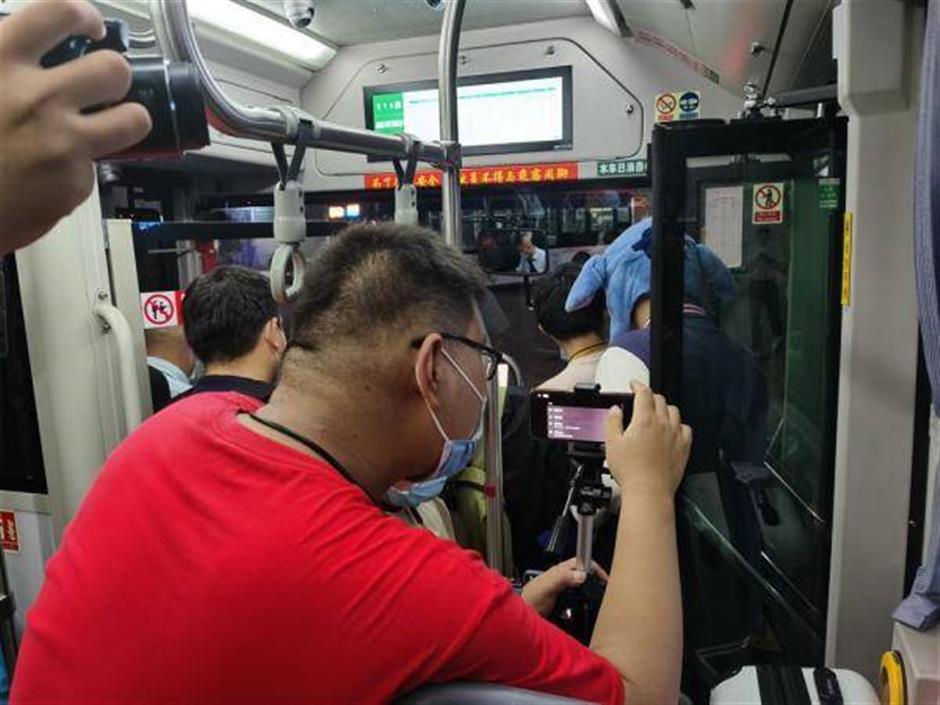 Besides taxi drivers, some bus drivers are also feeling the pinch.

On October 15, 2021, Bus No. 836 ended its 36-year service. Sentimental passengers gathered to take the last bus in the depth of the night. Li Jun, the bus driver, found it heart-warming to see so many old friends.

Ma Haiwen, a manager at the bus company, remained upbeat, firmly believing that his industry is one "on which the sun never sets" and buses will find a niche despite subway development.

Technologies change life, and we should keep updating our skills to meet new demands, especially in such a fast-developing metropolis like Shanghai.

The new Metro lines are certainly part of such transformation. But as a city that takes pride in its "warmth and inclusiveness," I believe Shanghai would never leave its people behind.

﻿
Special Reports
﻿
62925
,
Subway expansion a delight, with care also taken for those left in slow lane
Giving an A for Shanghai's quality life after viewing 'B for Busy'
Hit new film in Shanghai dialect becomes the talk of the town
Kissing goodbye to 2021: the year in review, at least according to me
Friendship bridges distance and cultural differences
Dear Santa: a word about your performance
Is the 'chinky eye' cartoon an insult to Chinese?
Your life in Shanghai sucks, okay?!: The West's push to ban good news about China online
The US administration's anti-China supply chains strategy
Twitter hate mail brings hope for new understanding between China and NZ
EXPLORE SHINE