Frenzied purchase of KFC blind box 'should be stopped' 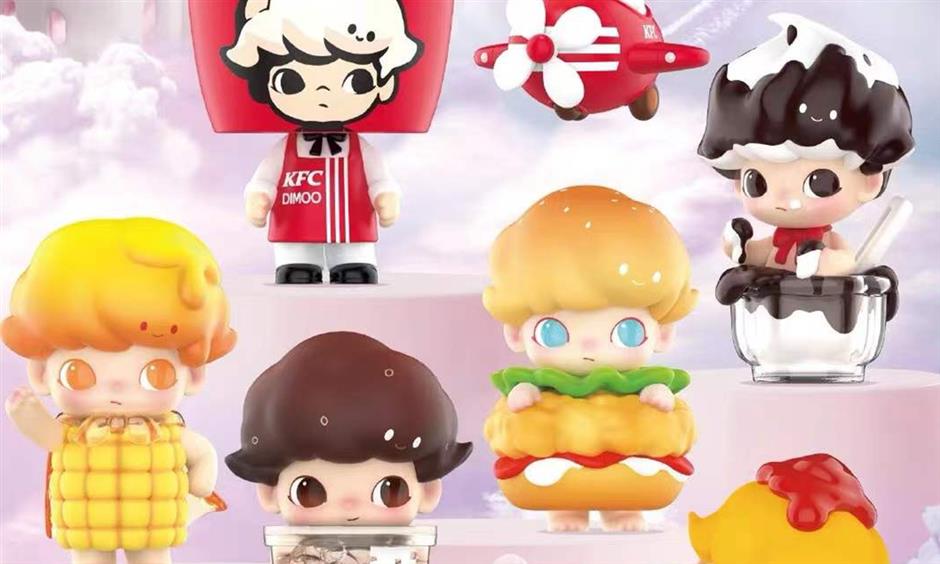 At 99 yuan (US$16), customers can buy a family meal, in addition to a box randomly containing one of seven KFC x Dimoo limited-edition dolls, in celebration of the 35th anniversary of the chain's entry to the Chinese mainland.

While the meal is not exorbitantly priced, the devil is in the blind box.

The probability of finding the desired doll to complete a perfect collection of seven in one purchase is 1:72, which is not unlike a lottery draw.

Since the possibilty of getting a complete set with one purchase is negligible, and with a complete doll set fetching ridiculous prices on the second-hand market, frenzied collectors are going to "absurd lengths" to get a complete collection.

Then a problem crops up: How can one dispense with all the victuals, which have become clearly cumbersome?

Well, for a small price, you can simply hire someone to consume the meals, to avoid the stigma of being a wastrel.

Some collector offered to subsidize an eater 70-80 yuan for one meal, on the condition that the food consumer return the dolls to the collector in their pristine condition.

Last April, the newly adopted anti-food regulation clearly directed that catering operators should advise consumers to refrain from ordering more food than they can consume, and avoid marketing stunts that might lead to food waste.

It makes sense for businesses to launch sales promotions, but food waste should be discouraged and incriminated.

It takes little imagination to see that food and dolls are strange bedfellows. While dolls could last a long time, meals must be finished quickly.

The rise of the so-called "eat-for-you" service, and the exorbitant prices a complete collection of dross dolls fetches on second-hand markets, clearly suggest that in this successful, yet unethical, marketing stunt, an international food giant and a few consumers have become willing accomplices in food waste.

In this sense, KFC is probably not the only one to blame. 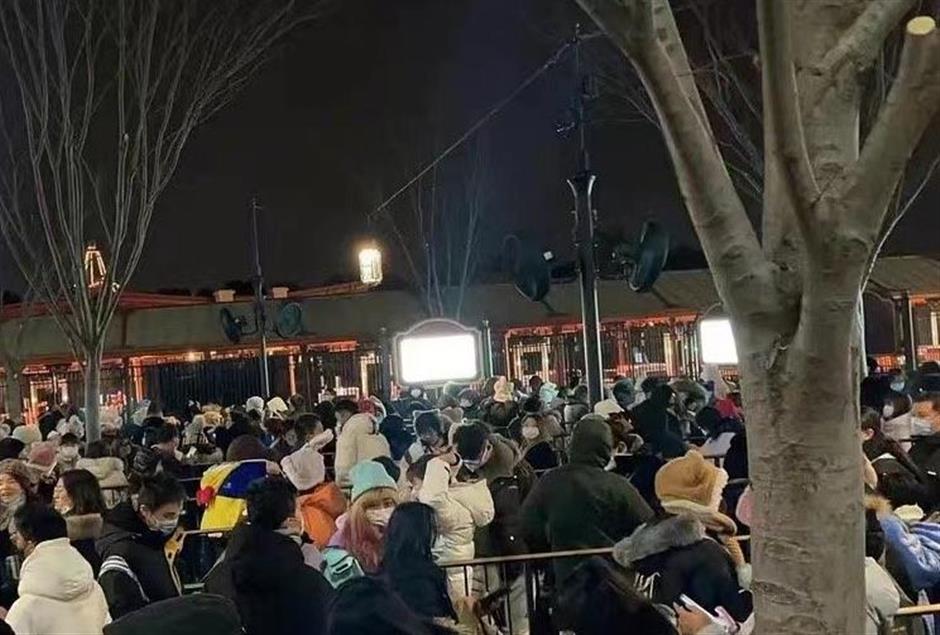 Thousands of fans line up in long queues at Shanghai Disney Resort as early as 3am just for the 2021 Duffy and Friends Christmas Collection.

In an online poll launched by China News Service on Weibo, one in four voters believes there was nothing wrong with KFC, and blames supply and demand as the underlying cause.

One foreign reader of Shanghai Daily commented on our WeChat account: "Quit blaming the brands. The fault lies with people stupid enough to spend over 10,000 yuan, and literally pay others to eat their wasted food, for a bunch of plastic trash."

Sensible observations, though a lot of people tend to underestimate the addictive nature of blind boxes.

I am reminded of recent panic buying at Shanghai Disney Resort.

On September 29, thousands of fans lined up in long queues at the resort as early as 3am just for the 2021 Duffy and Friends Christmas Collection. It didn't require online reservations in advance, but also it didn't ensure everyone could buy what they wanted.

Unsurprisingly, not a few people waited in vain. One man cracked up. He became very vehement, kneeling down and shouting: "I was holding my pee until I found blood in my urine."

There are all kinds of hunger marketing, but the tactics for staging a successful hunger scene are similar.

Yes, long queues, limited inventory, outrageous prices, scalpers. There is one difference, though: With Disney, the waste was restricted to money only.

By the time this article was written in the wee hours of January 13, KFC's "blind box meal" campaign was still going on.

Before KFC reforms, consumers themselves should be reminded of a plethora of evolving blind box tricks and refuse to be fleeced.

Special Reports
﻿
62925
,
Frenzied purchase of KFC blind box 'should be stopped'
New-concept travel in time of COVID-19 pandemic
Teacher rotation scheme needs financial incentives
On the decoupling of Chinese yuan and the US dollar
Learning Chinese will help expats go beyond the superficial
Love alone insufficient for managing stray cats
We're here in Shanghai: Why, and what to do now?
Subway expansion a delight, with care also taken for those left in slow lane
Giving an A for Shanghai's quality life after viewing 'B for Busy'
Hit new film in Shanghai dialect becomes the talk of the town
EXPLORE SHINE