As a veteran snowboard aficionado, I am looking forward to the upcoming 2022 Winter Olympic Games in Beijing.

Its coincidence with the Spring Festival is providential, giving me a perfect opportunity to enjoy the Games – at home.

Having practiced snowboard skiing for five years, I've spent most of my precious five-day annual leaves skiing, both at home and abroad, including ski resorts in northeast China's Jilin Province, in the Blue Mountains of Canada, and in Appi in Japan.

As a Shanghai native, skiing does not seem a natural choice. For me it started as a flirtation that developed into true love, encouraged by my slow yet steady progress under the capable hands of my coach.

Five years ago skiing was actually little heard of, and the shops selling skiing gear could be counted on the fingers of one hand. 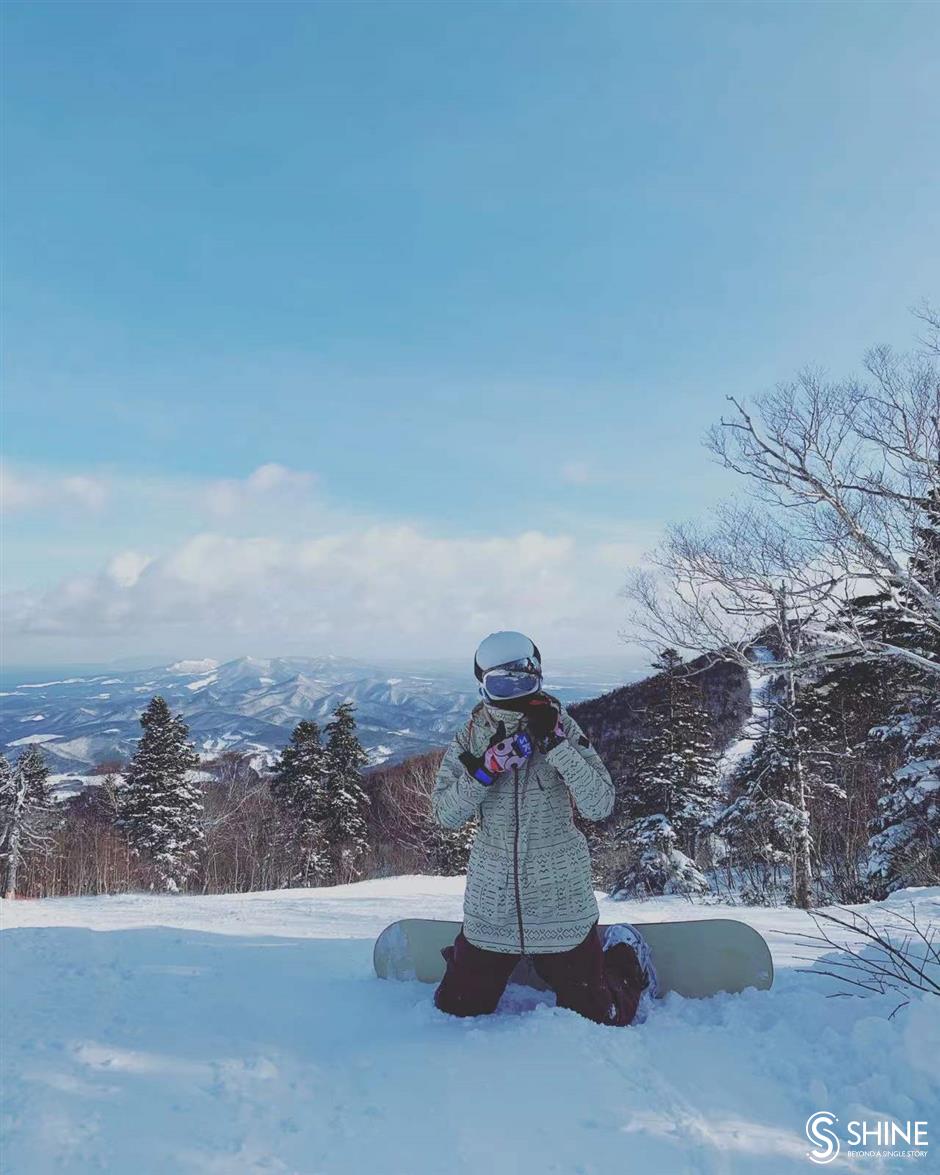 The author at the top of mountain in Appi.

So it is quite extraordinary that Shanghai has emerged as a pioneer in winter sports as far as regions in the south are concerned.

As a matter of fact, the city already boasts a number of ice rinks, skiing arenas and ski/snowboard simulator spaces catering to the growing needs of residents bent on extracting excitement from ice and snow. 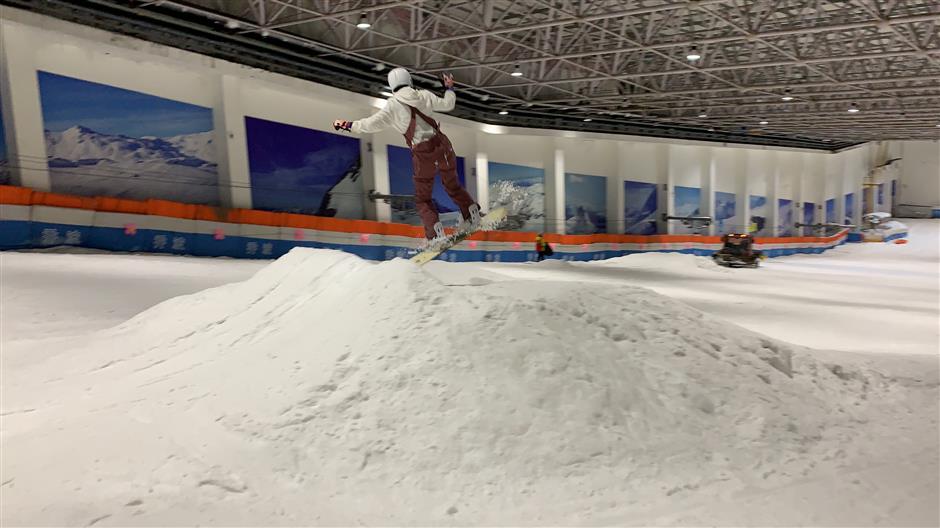 The author performs a jump at the Qiaobo indoor ski center in Shaoxing of Zhejiang Province.

For me, I owed much of my progress to the one-year training on a simulator, known affectionately as "needle mushroom," since the moving belt is like a mosaic of numerous mushrooms.

This simulator is so adapted to learners that you can even learn the tricks in the summer heat in Shanghai, and then get thrilled by the real McCoy in the north in winter.

More is in store for ski learners, with a spectacular indoor ski resort, WintaStar Shanghai, set to open in Pudong's Lingang area by the end of this year. It will be the world's largest integrated indoor ski resort, covering an area the size of 32 football fields. It is expected to host around 3.2 million visitors each year.

The raging pandemic cost me my snow season this year, but the Olympic Games at home more than makes up for the loss.

﻿
Special Reports
﻿
62913
,
62925
,
Beijing Winter Olympics to more than make up for my regret caused by the pandemic
In wake of Tonga, what's on your bucket list in the event of Doomsday?
Culinary cojones: Regional recommendations for wayfaring palates
On artistic licence and the questionable utterances in Shojo manga
Sessions mulling best approaches to social and economic development
Play by the rules, Novak. No one is above the law
Breast feed or formula? It's the mom's choice
Deputies go from 'hand raisers' to giving voice to people
Swimming in a new pond: The helpful fish you're thankful for
Lockdown 'love story' sparks fling with China and Western media
EXPLORE SHINE