Shanghai and Buenos Aires: my tale of two cities 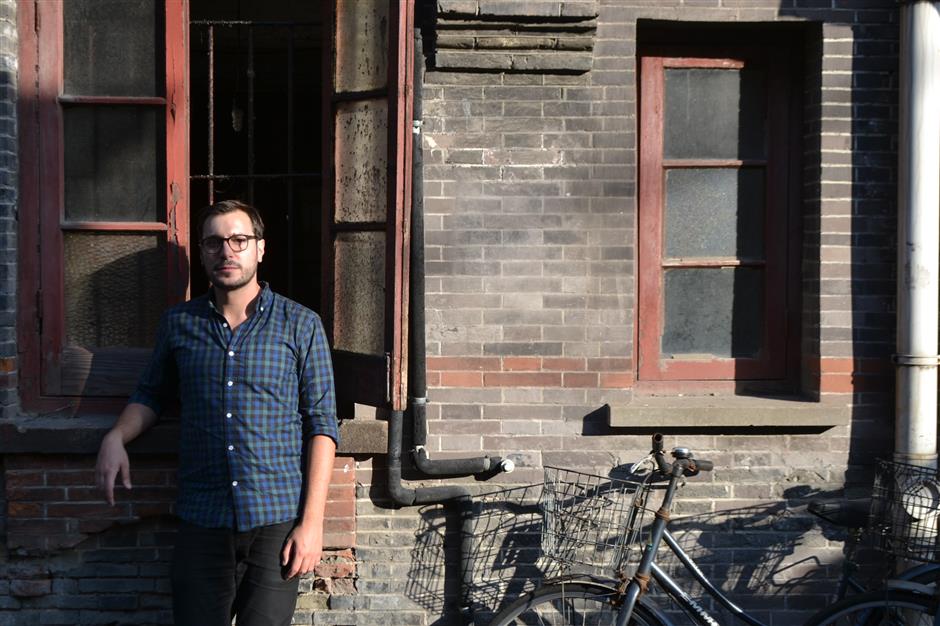 When Argentinean thinker Juan José Sebrelli visited Shanghai in the 1960s as part of a Third World delegation invited by the Chinese government, he wrote that the city seemed strangely familiar.

The mixture of architectural styles, the blend of tradition and modernity, and the Huangpu River mirrored the urban landscape of Buenos Aires.

I was reading his writings before boarding a plane on my first trip to China in 2016. My journey started in Salta, my hometown in Argentina's far north.

I had to take three transfers: from Buenos Aires, São Paulo and Istanbul to finally land in "the Pearl of the East" after 34 hours in the sky.

By that time, I was doing research on how South American writers, diplomats and politicians had developed a new sense of the globe after World War II.

There had always been a common idea that Argentina looked to Western Europe for inspiration. I wanted to prove that reality was much more complex than that. 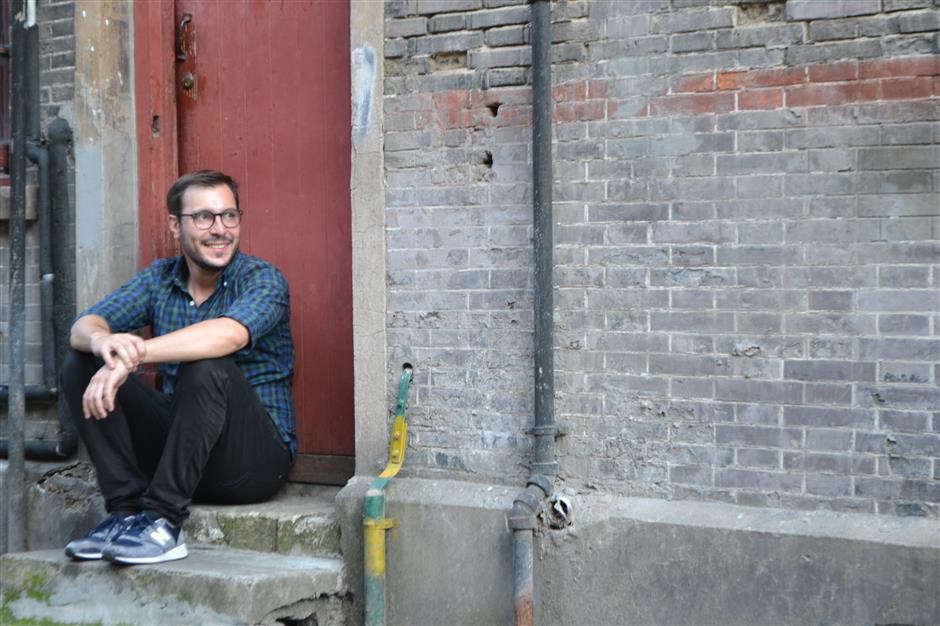 In the 1940s, 1950s and 1960s, a new generation of intellectuals paid attention to other Latin American countries, to North Africa, to East Asia, to China for new ideas.

Bernardo Kordon and María Rosa Olivier wrote about the transformation of New China after 1949.

And presidents such as Arturo Frondizi and Arturo Illia in the 1960s fostered commercial links with Beijing when no other country in the Americas did it.

This was critical for a country in the southern corner of the planet, with a total area the size of the European Union, but a population less than that of Spain, that always had an uncomfortable place in the international system.

The opportunity of my life appeared when I was told of plans to open a joint research center between Argentina's Council for Science and Shanghai University.

I was told my name would be recommended as the first scholar for the exchange. My career and personal life took a dramatic and unexpected change. 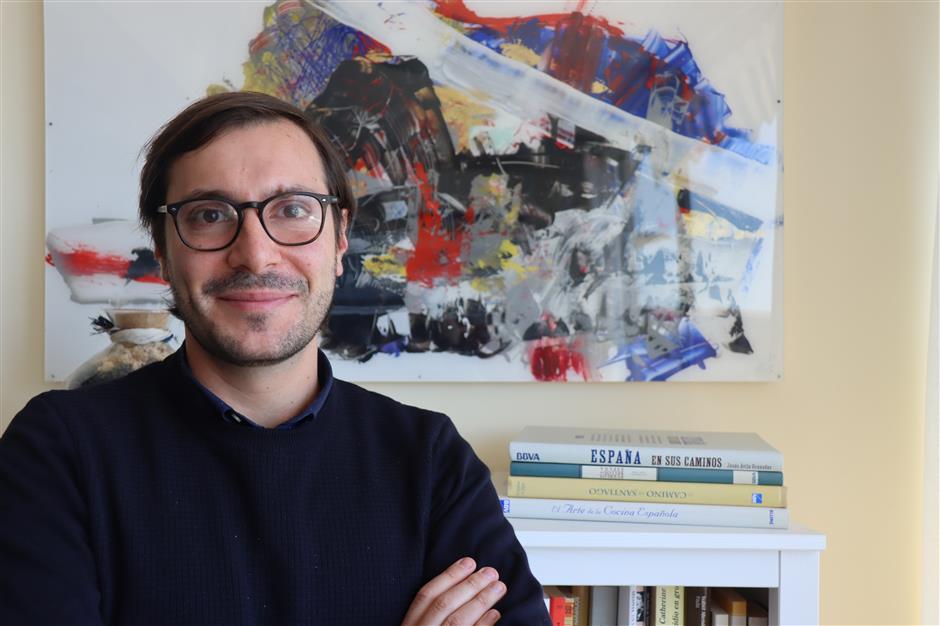 My first years living in Shanghai were full of discoveries and adventures.

I was in a constant state of curiosity, being in contact with the topic of my studies. At first hand, I was able to see how massive and profound the economic and social transformation of the Middle Kingdom was.

In my classes and speeches in Argentina, I emphasized that the Chinese middle class grew 10 times in 20 years, the fastest modernization process of history.

However, these numbers are not enough to understand how quickly society is developing day by day. By living in Shanghai, I was able to see how innovation and tradition mingle and the economic trends are displayed in every aspect of daily life.

When I look back to those years, I think that was a moment of profound learning.

Every day, I discovered something new; I tried something new; and I learned something new. In other words, the city impressed me: Its modern architecture and the opportunities that Shanghai gave to everyone made me feel that this place was one of the most dynamic places I've ever been to. I recognized that this city allows both locals and foreigners to rediscover and reinvent themselves.

The experience of being in touch with a different culture has enriched my way of looking at and thinking about the world. 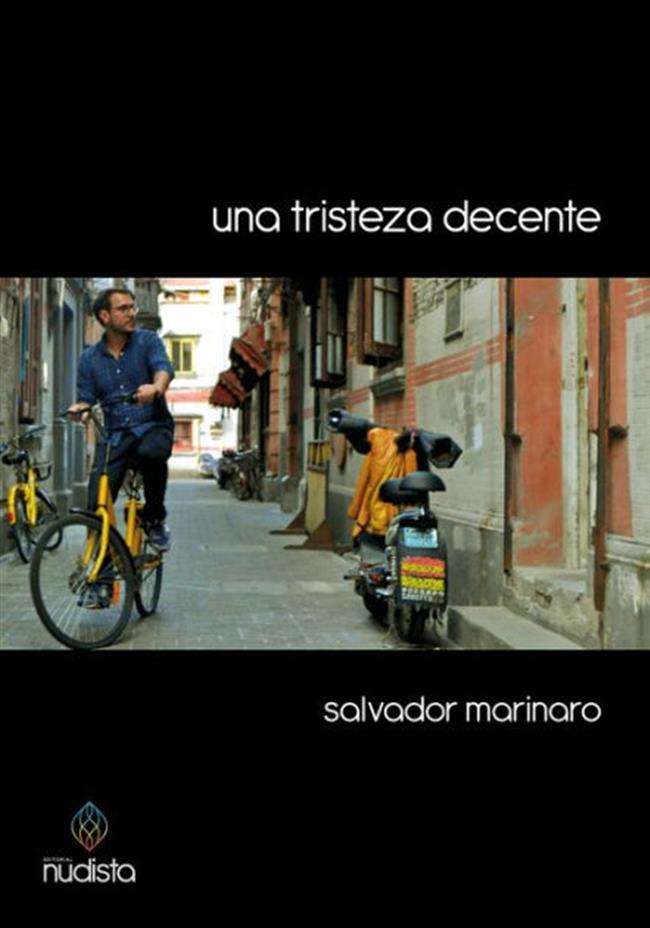 The cover of Salvador Marinaro's book, which translates as "a decent sadness." The cover photo was taken near Nanjing Road E. in Shanghai.

When I traveled back to Buenos Aires, I noted that there was much space left to develop the cultural understanding between the two countries. This was the spirit in which my wife, Lucila Carzoglio, and I conceived Chopsuey magazine, one of the few editorial projects dedicated to contemporary Chinese culture in Spanish. Our publication translated local authors and put the most relevant Latin American writers in contact with Chinese culture.

After three years, my program at the joint center came to an end.

But Shanghai had a new surprise for me. When I finished my PhD, I got an offer to join the faculty of Fudan University.

It was an opportunity that I couldn't refuse.

I started appreciating Shanghai as my second home when I couldn't come back to the city.

When the pandemic started, I was out of China for holidays and I found myself in a loop of canceled flights, closed borders and changing airport policies.

I was in Buenos Aires, one of the furthest places you can go from Shanghai, and the distance became even greater due to the international situation. I cried in front of a Pudong postcard because I felt I could never return.

But I was wrong. In October 2020, another 32-hour flight brought my wife and I back to the Yangtze River Delta. 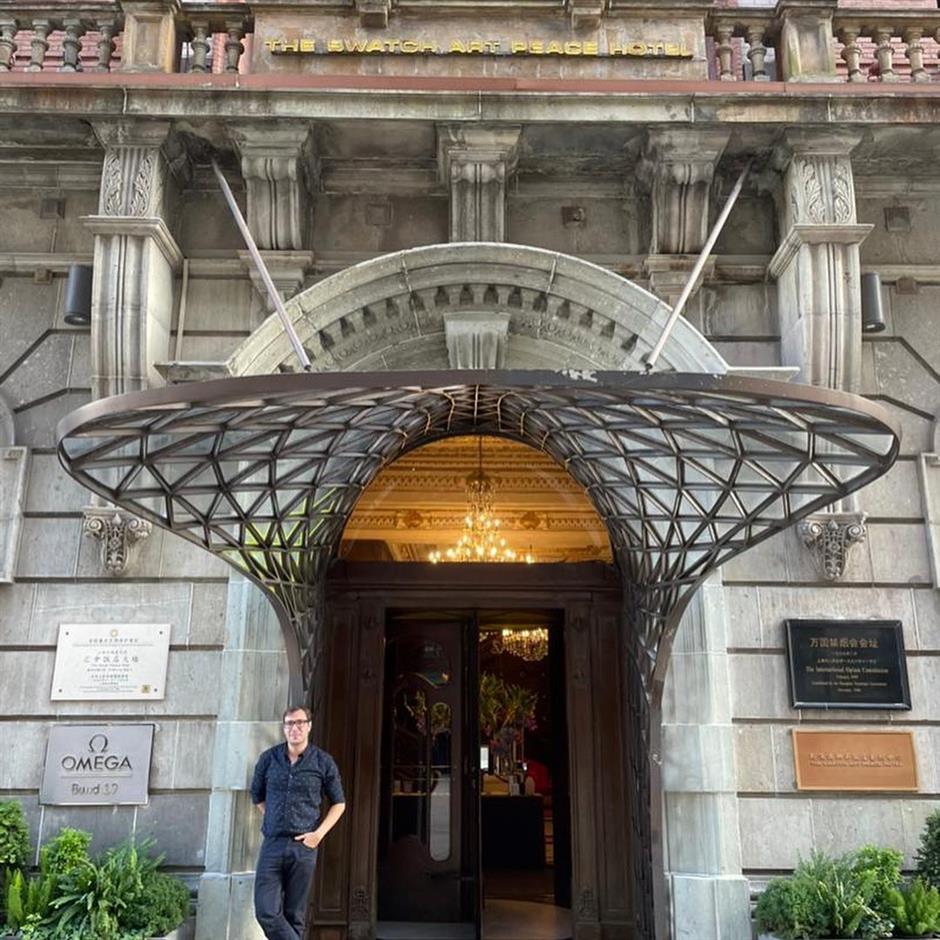 This picture was taken when Salvador Marinaro was a writer in residence at The Swatch Art Peace Hotel on the Bund.

But since then, I haven't been able to leave the city.

Even when life is sometimes challenging because I am unable to see my family and friends in Argentina, I feel that Shanghai every day is a source of progress and learning.

In recent years, relations between China and Latin America – especially Argentina – have become more fluid, in part because of people like us: people who overcome the distance and connect the antipodes; who devote our careers to understanding others; who find new friends and a new home in the opposite corner of the world.

I fully understand the meaning of Sebrelli's writing one day walking through one of my favorite spots of the city on Wuyuan Road and Wulumuqi Road.

Several places produced a strange feeling of familiarity: The combination of Art Deco buildings and local vendors on the street created an image of my homeland.

At that moment, I understood that this city, as Borges wrote, "is now a part of myself."

(Salvador Marinaro is an associate professor of Spanish language and literature at Fudan University.)