How one panda defeated the Beijing Winter Olympics smear campaign

On February 20, the Beijing Winter Olympics concluded, marking an end to two weeks worth of games and events wherein athletes from all over the world competed earnestly. China itself performed exceptionally, achieving its best-ever performance at the Winter Games and bringing home nine gold medals, sitting third in the overall medals table.

Although the tournament faced the difficulty of the COVID-19 pandemic and the restrictions which came with it, it is difficult to argue that it was not a success.

And for that matter, the success came in spite of a relentless campaign led by Western media and governments with a view to ultimately discredit the Games, transform them into a public relations disaster and humiliate China.

In the end, however, there is little doubt that the organization and outcome of the event demonstrated a competent, capable and modern China to the world, sending out a message of love, unity, message and hope. What was its secret weapon?

The charm of an adorable panda character which won the awe of the Internet: Bing Dwen Dwen.

The smear campaign against the Beijing Winter Olympics was orchestrated, deliberative and schematic. Led by the United States and its "diplomatic boycott" effort, the goal of the campaign was to procure as much negative publicity for China as possible by ramping up sensitive and controversial political issues, whilst also attempting to frame the organization of the Games as arbitrary, oppressive and miserable. In doing so, it was hoped that such a campaign would stop China from improving its international image throughout the event and diplomatically contain it, whilst also manufacturing consent for containment-related policies.

Journalists who were on the ground and attended the event were also complicit in this act. Instead of portraying the event objectively and fairly, they focused on any negative news they could find, such as seeking to amplify and dramatize any complaints athletes might have had, and downplaying any praise or people who were enjoying their experience, whilst seeking to frame even the tiniest details as negative generalizations, including attacks on COVID-19 containment policies, the food, accommodation and so on. If one went solely by the views of some of the journalists, the Games were undoubtedly a dystopia. 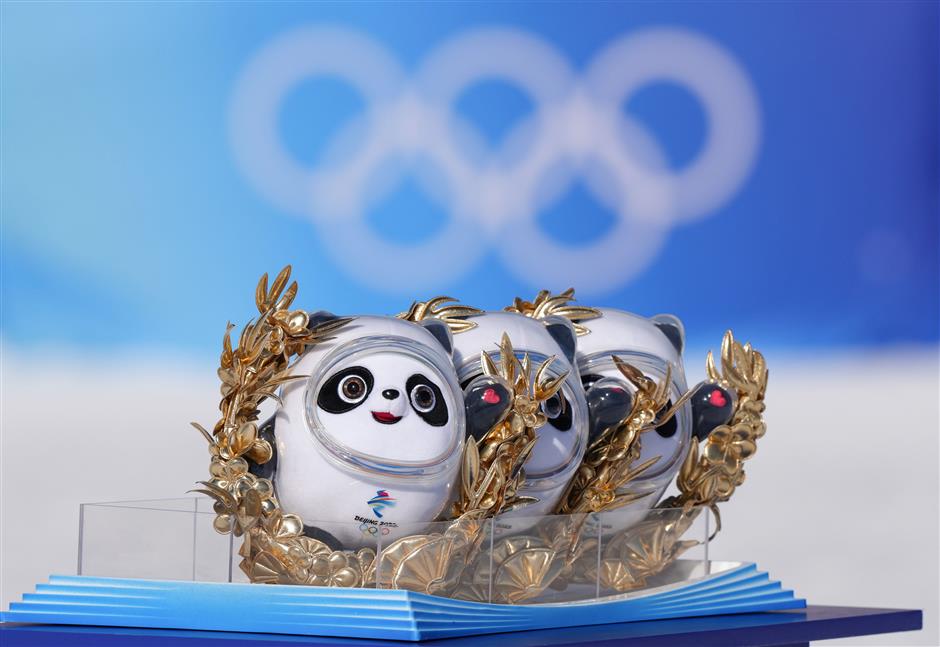 The lovable panda mascot Bing Dwen Dwen might go down as one of the most influential Olympic mascots of all times.

The reality shines through

However, this petty point-scoring exercise did not land a scratch on how the Games were perceived. First of all, China's "Olympic bubble" COVID-19 strategy was undoubtedly a success, resoundingly.

Unlike the previous Summer Olympics in Tokyo which contributed to a national-scale outbreak, China resolved the dilemma of admitting hundreds of athletes from COVID-struck nations around the world into the country while still successfully shielding its own population and ensuring a functional tournament. The strategy has not been given the praise it deserves in terms of its organizational competence and focus to detail.

Secondly, China's display of culture, optimism and the Olympic spirit shone through the negativity hurled at it, and herein was its secret weapon: the lovable panda mascot Bing Dwen Dwen, a character who might go down as one of the most influential Olympic mascots of all times.

Not only did its physical presence at the event provoke adoration and amusement, it became a consumer fad in China itself and took the Internet by storm. On Sunday and Monday respectively #BingDwenDwen became a trending hashtag under sports, securing at that time at least 32,000 tweets, showing how the panda, embodying China's national spirit, "togetherness" and optimism, shone brightly.

Coupled with this, the Olympics were, contrary to Western media disinformation, the most watched ever. Online streaming of the events as an alternative platform to traditional television companies saw enormous numbers of views, with 16 million having tuned into American figure skater Nathan Chen's world-record performance.

This, coupled with the fact that the political views of a select few governments do not ultimately represent or hold a monopoly over global opinion, ought to be a reminder that they neither shape nor dictate the narrative of what the Games were in the end, the sheer number of delegates from other countries and the diplomacy which followed is a testament to that.

Despite opposition, the Winter Olympics in such circumstances ultimately stood as a vindication of how China has positioned itself as a modern, developed and capable player on the world stage.

(The author is a South Korea-based English freelance writer. The views are his own.)

﻿
Special Reports
﻿
62913
,
How one panda defeated the Beijing Winter Olympics smear campaign
The left way to do it: The lives of the left-handed lepers
Columbus's Discovery of New China? Taiwan publisher faces flak over costly error
Apart from glory, sports teach us how to deal with failure
The real China and the old laundry list of misconceptions
The results are in: Examining the final medal table
Winter Olympics, inspired by past, shows way to carbon-neutral future
Meant to be broken: New records set at Beijing 2022
But a number: Older Olympians have staying power at 2022 Games
Cycling your way to a low-carbon life in a vibrant city
EXPLORE SHINE