One woman's experience aboard a train provokes an online controversy

Menstruation is a topic that often divides the sexes. Women cope with the monthly occurrence, which many regard as a nuisance. Men generally feel uncomfortable with the subject and don't want to talk about it.

But talk about it they did in a heated online debate about whether sanitary pads should be sold on high-speed trains. I was pretty stunned by the intensity of the controversy.

It all started with a post on the social networking platform Weibo. A passenger claimed that her period came earlier than expected while she was aboard a train. She was dismayed to find that no sanitary pads were sold on the train and was advised by an attendant that other passengers might be able to help her.

"I'm grateful that the attendant eventually managed to find me one, but the fact that there were no sanitary pads available still concerned me," wrote the passenger on Weibo. "I don't think that's very women-friendly and I am sure my experience is not an isolated one. I complained to the railway hotline, and the receptionist said she would report the issue to management authorities."

What should have been a somewhat innocuous post catapulted into widespread contention after several influential Weibo bloggers – all male – sneered at the passenger and claimed that there are "good reasons" why sanitary pads aren't sold on trains.

"Today you want sanitary pads, and tomorrow you will want underwear," wrote a blogger with more than 1.3 million followers. "There's no end of it. Sanitary pads are not in high demand, nor are they emergency supplies. Why sell products that aren't profitable?"

Another blogger, with more than 500,000 followers, commented: "Just keep a pack in your purse and don't count on others. Should sanitary pads be sold on the train, sizes and brands would need to be taken into consideration, and then you'll complain about prices."

Such comments, of course, offended women and caused a backlash.

The topic quickly went viral on Weibo, receiving more than 830 million clicks and 210,000 posts. The female counterattack might best be summed up with a popular quote from the American sitcom "Friends" – "No uterus, no opinion."

It's one thing for some men to think they're entitled to lecture women on how to deal with menstruation, it's another when they label women's basic needs as "unnecessary" or "not in high demand." 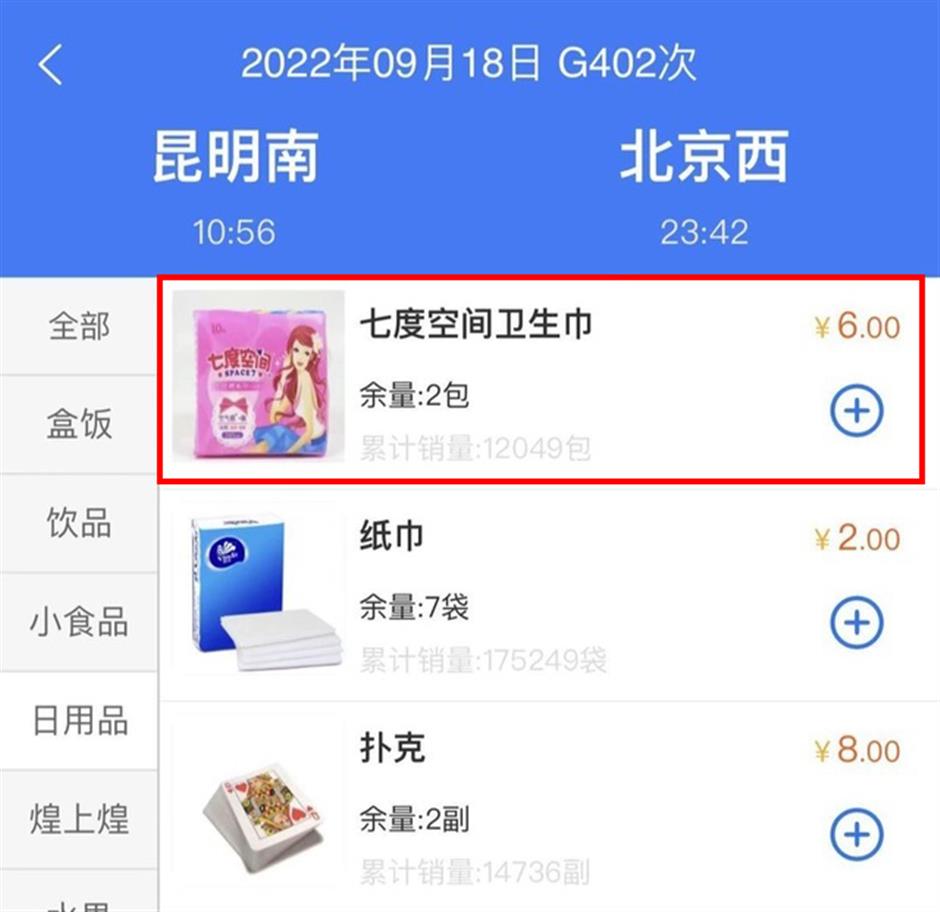 Data show that sanitary pads are actually demanded on the train.

But let statistics speak for themselves. Sanitary pads are actually sold on train routes managed by the Kunming Railway of Yunnan Province. Its official website shows that more than 12,000 packs of women's sanitary products have been sold since 2018. So much for the argument about a dearth of demand.

This whole discussion reminded me of a book entitled "Invisible Women" by British journalist Caroline Perez.

In the book, Perez uses data to show women's needs are neglected in a world basically designed by and for men. Women face longer lines in public restrooms. Some medicines are not as effective for women as they are for men because only men are included in research trials. Women are more likely to be injured in car accidents because cars are designed to fit the male body and crash test dummies are based on "average males."

Menstruation is much the same: It's a natural phenomenon that affects half the human population. Yet asking for the sale of sanitary products in certain public places is deemed "unnecessary." Just selling, mind you, not even available for free like toilet paper.

There is a quote from another American sitcom called "Two Broke Girls:" "If men were the ones who got periods, tampons (or sanitary pads in this case) would be thrown free from floats like Mardi Gras beads." 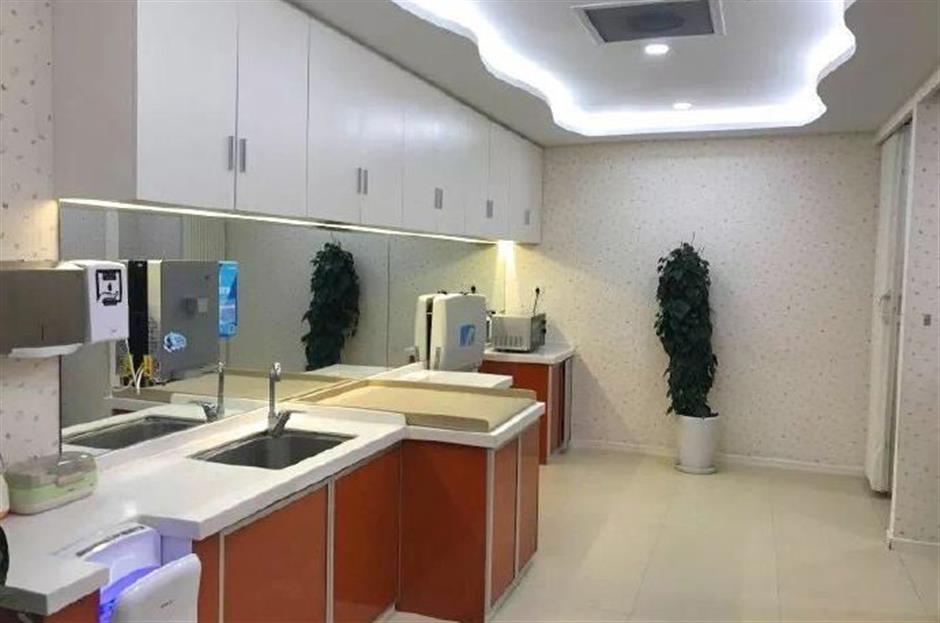 It may not be an exaggeration.

Yang Xiong, a researcher with the Shanghai Academy of Social Sciences, said the idea of selling sanitary products on trains shouldn't be a "big deal" and it's ridiculous that people are making such a fuss about it.

"We have done a lot of more difficult things to protect women's rights in Shanghai," he said. "Women's washrooms are now equipped with twice the number of toilet stalls as men's restrooms. Baby-changing rooms are now available in railway stations and airports. So what's wrong with selling sanitary pads on trains?"

Yang said he suspects the online male detractors were inciting provocation just to attract more followers. Their impact on the issue is probably negligible, he said.

"If it's a good thing and benefits most women, then we'll just do it regardless what those attention-seekers say," Yang said.

﻿
Special Reports
﻿
62925
,
One woman's experience aboard a train provokes an online controversy
Europe has no choice but to subsidize energy costs
More needed to help elderly extend their careers
Chinese students in France: an experience with mixed feelings
Stray dogs in short supply as students rush in to walk them – at what risks?
Deeper China-Europe cooperation needed to achieve 'going green' targets
Queen Elizabeth II: The beacon of Britishness
Finding short videos irresistible? Well, so is gambling…
Did the regulatory authorities go overboard in slapping Paris Baguette with a 'hefty' fine?
The 'offal' truth about exotic dishes: They bring people from different cultures together
EXPLORE SHINE