Shanghai was treated to a star-studded performance of Stars on Ice last weekend, featuring some of the world’s top former champions.

The US-based show, in its Shanghai debut included singles stars such as Evgeni Plushenko, Mirai Nagasu and Jeffrey Buttle, and pairs such as Pang Qing and Tong Jian, and Meryl Davis and Charlie White.

Several of these former Olympic and world champion skaters shared with Shanghai Daily their stories of coping with the end of their competitive careers. 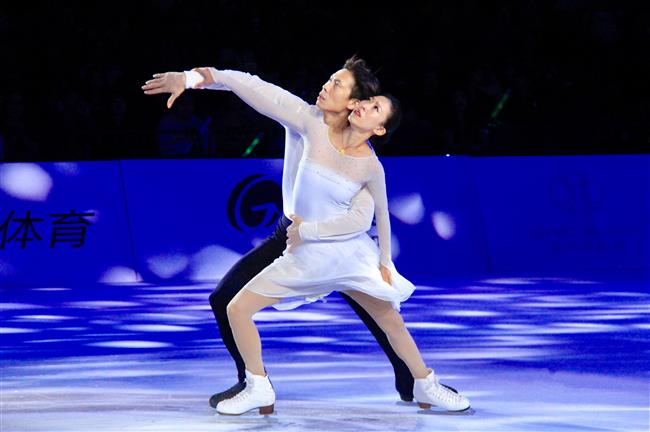 Pang Qing and Tong Jian perform at Stars On Ice in Shanghai.

As 2010 Olympic silver medalists and two-time world champions, Pang and Tong retired after their last competitive performance at the 2015 World Figure Skating Championship in Shanghai.

The pair were engaged in Shanghai in 2011, when Tong proposed on ice to Pang at a show. They were married in June 2016 and now have a son. The pair opened an ice-skating club in Beijing after retirement and started coaching Chinese skaters.

The couple are now undertaking a new challenge. Under the direction of China’s General Administration of Sport, they will form a national training camp in their club to nurture potential talent for the 2022 Winter Games in Beijing.

Chinese skaters like Yan Han, Li Zijun and Yu Xiaoyu are expected to participate in the camp. Tong said unlike recruitment for the national team, the camp will select participants in a market-oriented way, using social resources.

“Pang and I will be in charge of pairs training,” said Tong. “We have invited world champions Meryl Davis and Charlie White to coach ice dancing. Camp members will also be taken overseas for training every year.”

The couple said it hopes the camp will attract skaters who failed to be selected for the national team and those who have encountered problems, either physical or mental, in their careers.

“We will create a different training environment and help skaters solve problems that may hinder their careers,” said Tong.

The idea for the camp came about a month ago when sport administration officials held talks with him to find a way for the couple to have a greater impact on the development of figure skating in China.

“We might no longer be at our best form as skaters, but we can still skate and want to attract more youngsters,” said Tong. 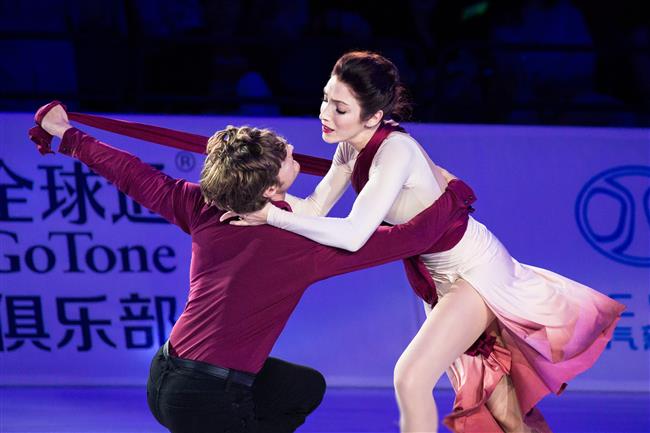 Meryl Davis and Charlie White perform at Stars On Ice in Shanghai.

Life after competitions can be a bit of a struggle at first, according to Meryl Davis. She said it took her a while to find new possibilities and relieve the pressure of uncertainty.

Davis and White were 2014 Olympic gold medalists and two-time world champions. They were the first pair of American ice dancers to win both titles.

The couple grew up together as children because their parents were close friends. They teamed up in 1997 and were the longest-duration ice dancing team in the US until their retirement from competitive skating in 2014.

New chapters of life began. White became a new father this year, while Davis is an undergraduate student at the University of Michigan, where she is majoring in cultural anthropology.

“Study is very important because it opens other possibilities in life,” she said.

In the third grade, Davis was diagnosed with dyslexia and struggled with reading until the 11th grade. She eventually conquered the learning disability and developed a fascination for science, literature and foreign languages.

Davis said she still misses the daily training undertaken when the pair were still professional competitors. Retirement ushered in a period of emptiness and loss.

“I worked hard to find new passions, interests, and goals beyond the ice,” she said. “It is only now, four years later, that I have found my footing and feel confident and comfortable in my post-competitive life.”

Apart from continuing to perform together with White in ice shows, Davis is involved in a youth program in Detroit to teach young girls skating and other life skills.

“At age 31, it would be impossible for me to excel in a new sport,” she said. “But deep down, I’m still a sportsperson who gets pleasure out of physically challenging myself.”

Her partner White agreed that the pair won’t be returning to competitions.

“We had a wonder competitive career and accomplished all the goals we set for ourselves,” said White, who played ice hockey until deciding to commit himself to ice dancing at age 18.

“One big reason I was successful in ice dancing is the training and techniques I learned when doing other things,” he said. “There’s a lot to be said for specializing in something, but my life has taught me that being balanced brings something fresh and new.”

He added, “I would have become a lawyer if I hadn’t taken up ice skating.” 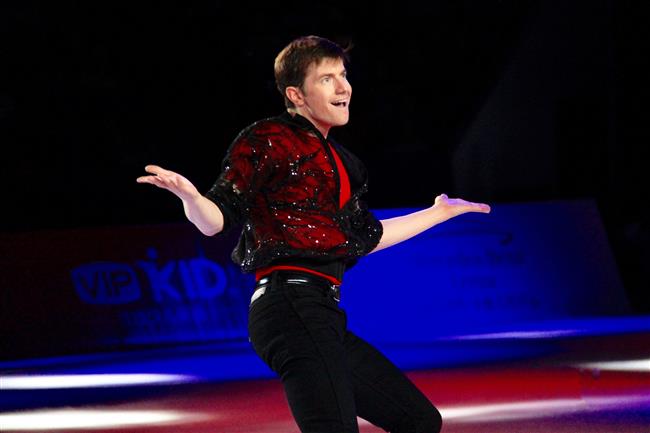 Jeffrey Buttle performs at Stars On Ice in Shanghai.

After winning a bronze at the 2006 Winter Olympics and taking the title at the 2008 World Championship, Canadian Jeffrey Buttle announced his retirement from competitive skating at age 26.

“That was the normal age for single skaters to retire,” he said. “I was just really pleased with my accomplishments and ready to quit competitions.”

“I tended to be nervous and always preferred the performing side of skating,” he said. “What I do miss is the day-to-day training, with its same schedule and routine. That’s not the way it is with performances. The shows are always in different places at different times and require constant personal adjustment.”

“I still think I was there at the right time, with very good coaches and choreographers,” said Buttle, who himself took up skating choreography after retirement.

“My choreographer David Wilson really instilled that passion in me,” he said. “After I retired, skaters approached me and asked me to work with them as a choreographer. My career really blossomed from there. I consider myself lucky to be able to work with some very good skaters.”

“Every skater has a different style and body,” he said. “It’s my job to figure out what would look best for them and what sort of music would be most appropriate. The closer relationship with a skater, the more comfortable the process.”

Buttle keeps abreast of all the latest music.

“When I hear a piece of music now, I sometimes think how great a piece it would be if I were still competing,” he said. “I keep it in mind until I find the right skater to perform to it. I often sort of feel that a part of me is doing that program.”

Apart from performing and choreographing for Stars on Ice, Buttle was also the director of the shows in the US and Canada.

“It’s an overwhelming amount of work, but I enjoyed it,” he said. “It was challenging to have to oversee so many elements, like costumes, design and video content. It was stressful but I learned a lot.”

He added, “It’s very important that you go for it when opportunities present themselves. You may discover new passions. That’s how I keep myself motivated.”