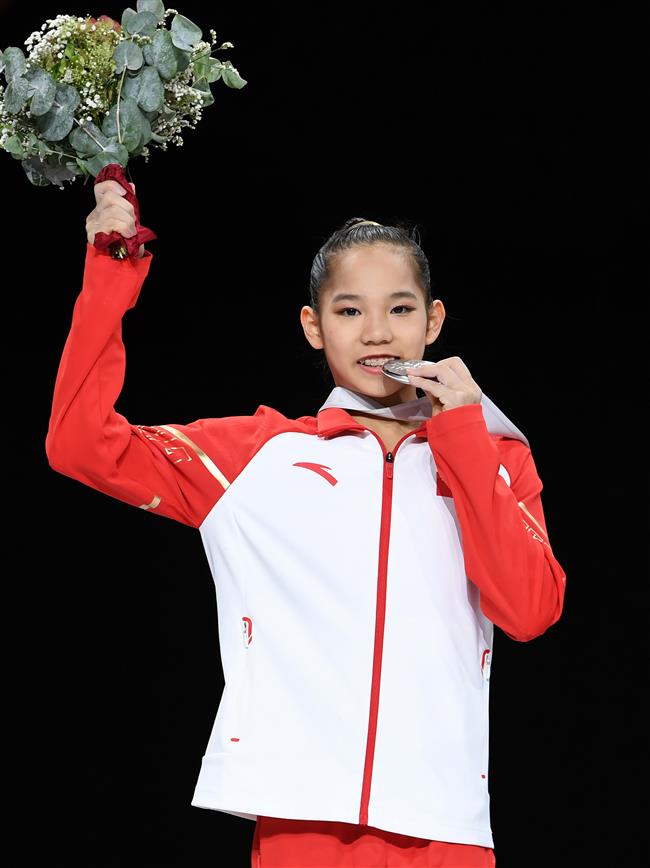 Tang Xijing of China poses with the silver medal after the Women's All-Around Final of the 2019 FIG Artistic Gymnastics World Championships in Stuttgart, Germany, October 10.

US gymnast Simone Biles scored 58.999 points to clinch her fifth world-all-round title, and her 16th overall worlds gold at the 2019 Artistic Gymnastics World Championships in Stuttgart on Thursday.

The 22-year-old underlined her status as the favorite for next year's Olympic gold medal.

While Biles's title seemed booked in advance, China's 16-year-old Tang Xijing made the day's biggest surprise by grabbing the silver with a Chinese women all time record highest score of 56.899.

Despite going out of bounds on both her triple-double and double-double skills, Biles managed to win by 2.100 points. She broke the women's record achieving the largest margin to victory at a world championship.

Tang made the most of her opportunity. She performed a gorgeous floor routine, clean with magnificent leaps and fantastic landings at her first appearance at a significant international competition. 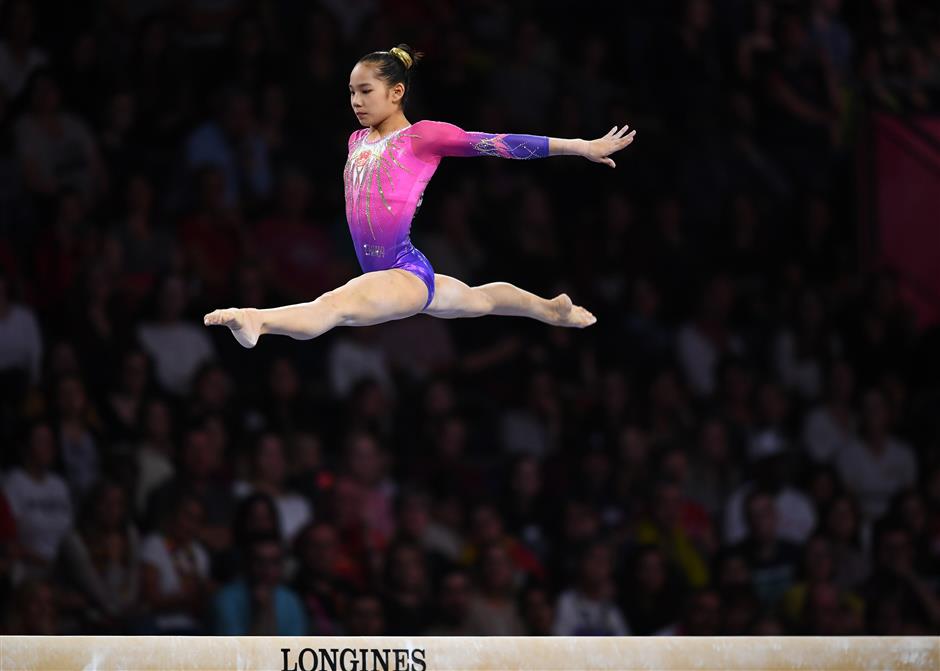 Tang Xijing of China competes on the balance beam during the Women's All-Around Final of the 2019 FIG Artistic Gymnastics World Championships in Stuttgart, Germany, October 10.

Tang became China's first all-around medallist in eight years. She had qualified third-best of China's gymnasts, with only two per country allowed in the final round. Tang was drafted in to replace teammate Liu Tingting, who fell on two routines in Tuesday's team final.

"I didn't even watch the results myself, so it was really surprising," Tang told Xinhua.

"I did not think about the previous moves, even if it was incorrect. This silver medal means that I'm getting one more step closer to the Tokyo 2020 Olympics."

She was determined to make up for a weaker performance in the qualifying round and team final. "I tried to avoid the same mistakes," she commented.

"When I was on the court to compete, I only thought about the next move. Nothing else was in my mind."

Tang said she is thankful for her coach and teammate Liu Tingting. "She was always along the court to cheer for me today. That helped me a lot and made me feel relaxed and warm." 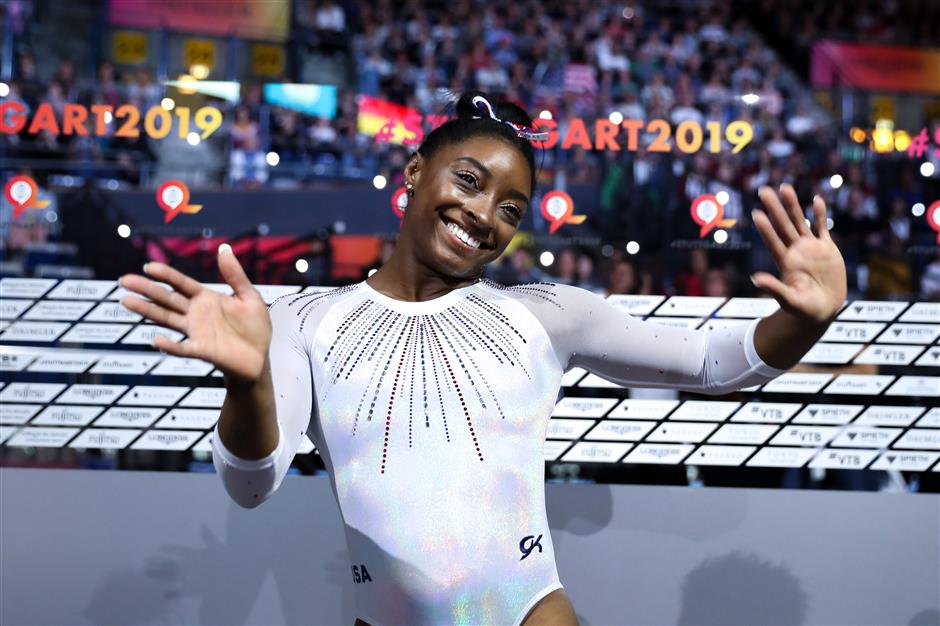 Simone Biles of the United States celebrates after the Women's All-Around Final of the 2019 FIG Artistic Gymnastics World Championships in Stuttgart, Germany, October 10.