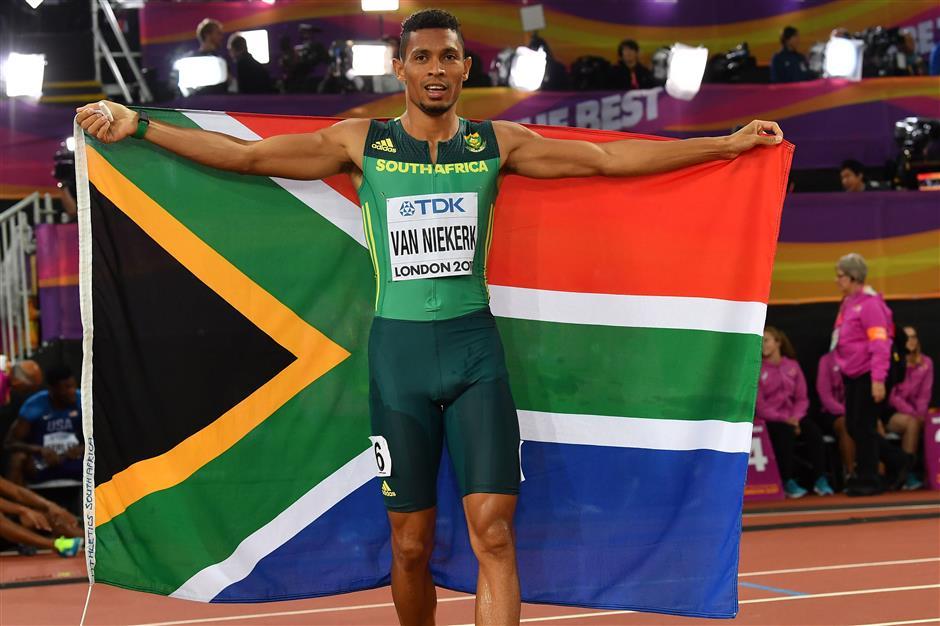 Wayde Van Niekerk poses with the South African flag after winning the 400m final at the world championships in London on August 8, 2017.

The South African was supposed to run in the 100m and 400m events in the Trieste Meet in Italy, which would have been his first competition outside of his homeland since 2017.

Van Niekerk has been in quarantine since July 19, when he landed in Italy on a special flight with just seven people onboard. His manager Peet van Zyl was shocked, "I don't know how it is possible. Wayde has been training for the whole week and never had any symptom, not even after testing positive. He hasn't had a fever."

"In the last 14 days each of us has been tested four times, the last one was on Thursday. This afternoon (Friday) we were asked to be tested again, we want to make sure to be safe and we are waiting for the results," he told Gazzetta.

The 28-year-old broke the men's 400m world record by clocking 43.03 seconds as he clinched the gold medal at the Rio Olympics. Unfortunately, he has been out of action with a knee injury since 2017.