Fragments of meteorites that fell in southwest China’s Yunnan Province on June 1 have been found in a village of the province’s Menghai County, Yunnan.cn reported.

A number of residents in Yunnan filmed the meteor shower on June 1 as it lit up the night sky.

Jiang Wei, executive deputy director of the Professional Committee for Meteorite Scientific Investigation of the China Scientific Expedition Association, told reporters from the website that the meteorites fell on Manlun Village in Mengzhe Town of Menghai County.

He and meteorite expert Zhang Baolin found numerous fragments in villagers’ home. Two pieces fell through villagers’ house roofs while one fell on the dry ground and another one was found in a cornfield.

The fragments range from the size of a ping pang ball to a few hundred grams.

Jiang was still looking for the main part of the meteorites and has urged villagers that they should surrender samples for further analysis.

According to China’s laws, the ownership of meteorites lies with the country since they are considered "mineral resources." 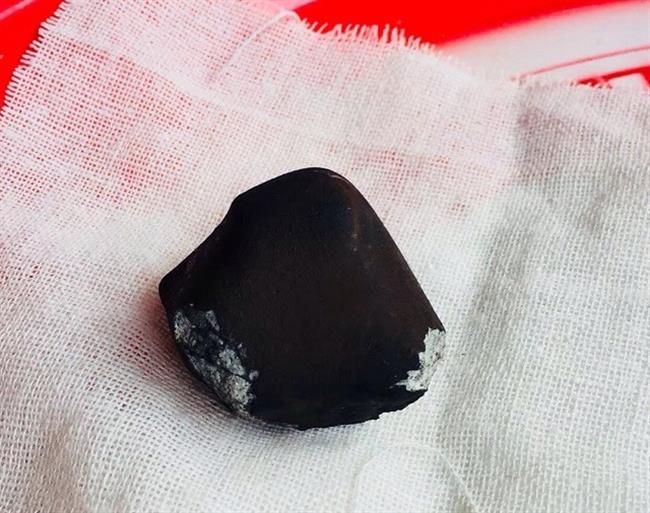 A fragment of meteorites that fell in southwest China’s Yunnan Province on June 1.