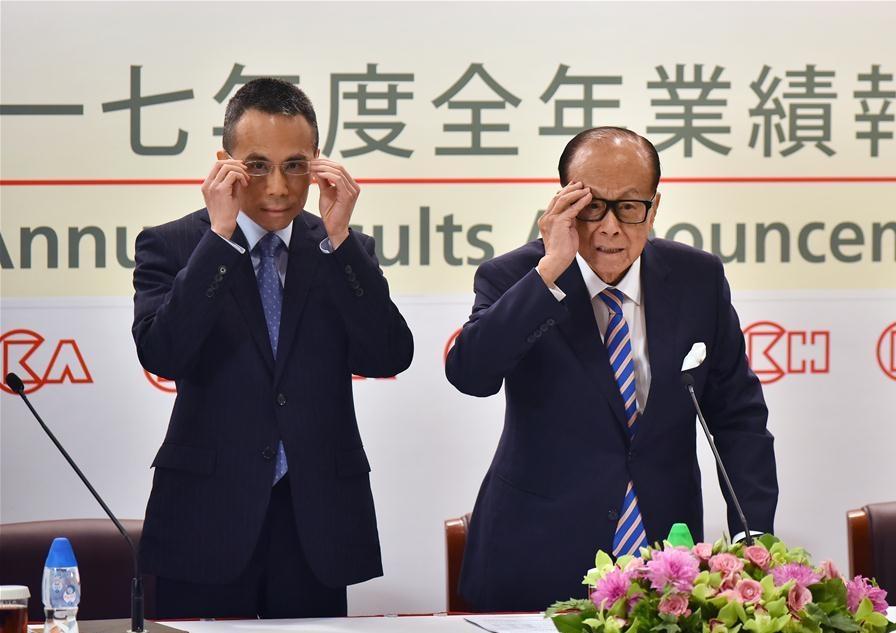 Hong Kong tycoon Li Ka-shing said on Friday that he is retiring from his business empire.

Li said he would officially step down as the chairman of CK Hutchison Holdings Ltd and CK Asset holdings Ltd at the annual general meeting of the company on May 10 and would serve as a senior adviser.

He will be succeeded by his elder son Victor Li Tzar Kuoi.

The central government has reiterated that deepening economic and financial reforms is a priority, and rolled out the Belt and Road Initiative and the development plan for the Guangdong-Hong Kong-Macao Greater Bay Area, he said in a statement.

"These initiatives should create ample opportunities for Hong Kong and for many of our regional businesses," Li added.

Li said at the press conference that Hong Kong's property market is still in face of risks, and the income of the general public cannot keep up the pace with the surging property prices.

He said China's Hong Kong Special Administrative Region's government has been working hard to tackle the housing problem and he hoped that the land supply can be increased.

When asked about his view towards the co-location arrangement at the cross-border railway station in West Kowloon of Hong Kong, Li said it is absolutely a correct move and hoped it can be implemented soon.

"It takes me at least two hours to travel to Shan Tou (Li's hometown on Chinese mainland) by plane," he said, "I will travel there by high-speed train when it is in service, which is more comfortable."

The West Kowloon Station is the terminus to the Guangzhou-Shenzhen-Hong Kong Express Rail Link (XRL), where passengers will go through the customs, immigrations and quarantine procedures of both Hong Kong and the Chinese mainland successively.

However, before the co-location arrangement can be implemented at the West Kowloon station, the XRL Co-location bill has to be passed by the HKSAR's Legislative Council.