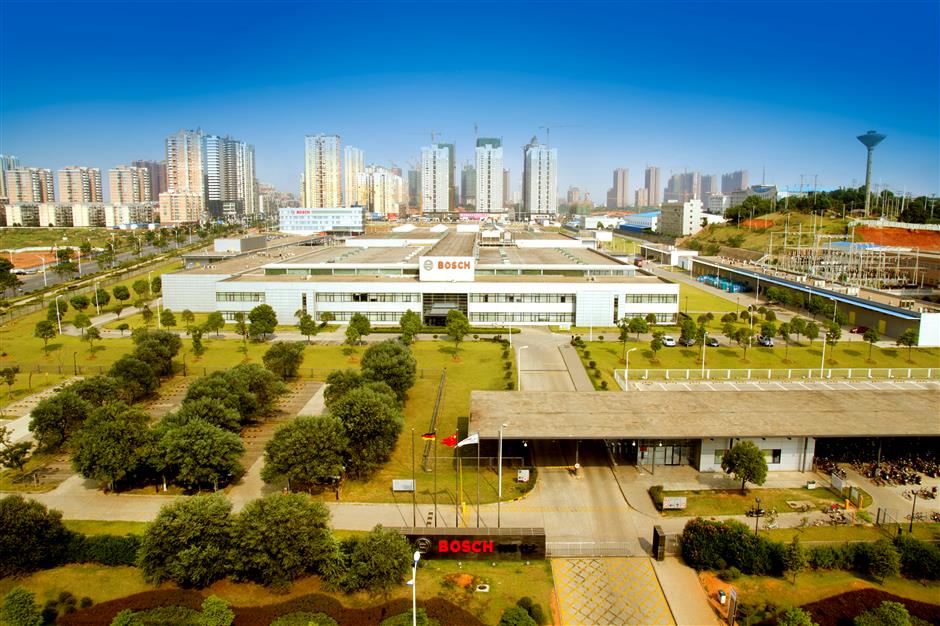 However, the German engineering and electronics company is conservative on sales in China in 2018 “due to rising geopolitical risks and economic uncertainties caused by trade tensions” between China and the US. The group expects sales to grow only 2-3 percent annually in China this year,

China remains Bosch’s largest single market outside its home market, accounting for over 60 percent of sales growth in the Asia Pacific region, said Peter Tyroller, a management board member at the company.

Although China’s auto market expanded by the slowest pace since 2012 overall, sales of new-energy vehicles in the country soared 53.3 percent to 777,000 units last year, according to the China Association of Automobile Manufacturers.

“That has bolstered our performance last year as mobility remains the key sector of our business in China,” Tyroller said.

Around 90 percent of Bosch’s products in China, especially Internet-connected industrial parts and sensors, were sold domestically rather than exported, he said.