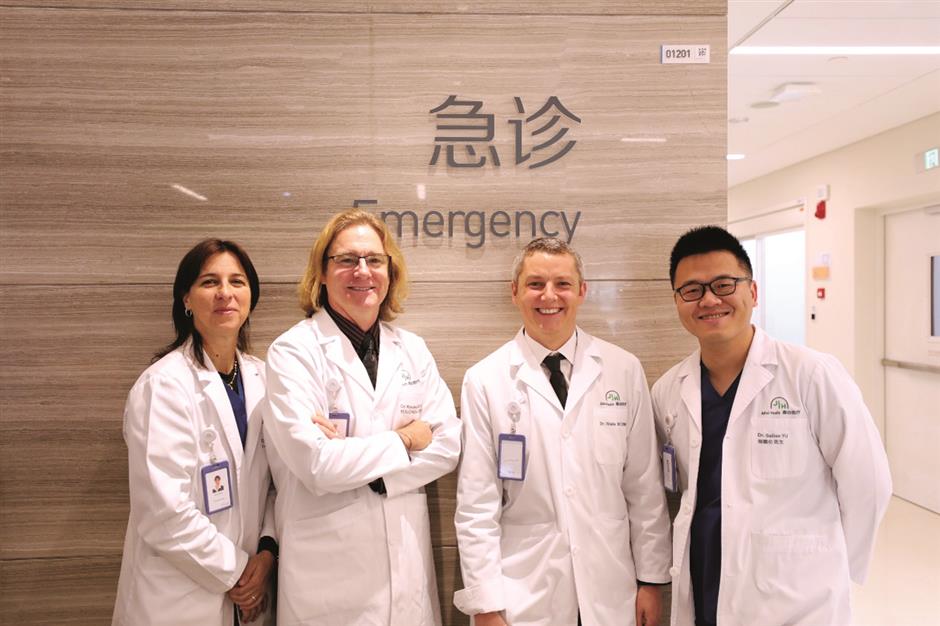 As we approach Chinese New Year, many of us are planning to make the most of the coming holiday with a trip to warmer climes. But those set on travelling to places around Asia should be aware of the risk of rabies.

The ER team at Jiahui International Hospital (JIH) in Shanghai has been encouraging people to get vaccinated since launching its 24-hour Rabies Prevention Clinic last November.

“90 percent of the cases we get are people who’ve already been bitten by an animal,” says Dr. Niels Deconinck, an emergency physician at the hospital.

“Very few people anticipate the need. It’s a problem particularly for the expat population because they tend to travel a lot.

“When you’re in Shanghai, you think that everything is available but if you go on vacation in Asia to places like Vietnam and Cambodia, the rabies immunoglobulin (the group of antibodies used to kill the virus) isn’t always available or stored in proper conditions. We’ve seen a lot of people who get bitten in another country and have to fly back to get the injection, which of course ruins the holiday.”

Rabies isn’t only an issue in Southeast Asia, it’s prevalent across much of the rest of the continent too. According to WHO, China has the second highest number of reported rabies cases in the world, with over 2000 deaths reported each year in the last 10 years.

“I think the vast majority of people in China don’t know how high the risk of rabies is, and the expat population is poorly informed,” says Dr. Ronald Beaudreau, Jiahui Health’s Chief of Emergency Medicine.

Rabies is a viral disease that causes inflammation of the brain. It is transmitted through contact with infected animals — usually through bites, scratches and abrasions. Rabies is 100 percent fatal once symptoms start to show, with an average incubation period of 1-3 months. Only mammals carry the rabies virus, typically dogs, cats and bats; small rodents are also susceptible.

Currently, Jiahui International Hospital is the only international hospital in Shanghai with a rabies prevention clinic.

“We’re the only alternative to the local government ‘dog bite clinics,’” explains Dr. Deconinck. “There is one government clinic per district in Shanghai — so if you live in Xuhui, for example, you have to go to that one.”

Each month, Xuhui’s ‘dog bite clinic’ receives around 1000-1500 visits and administers 5000 doses of vaccine. “In China, the numbers are really incredible. As a foreigner, it’s not the smoothest experience — you go 3-5 times, and each time you have to go through the whole process again.”

“We follow the WHO guidelines, in alignment with Chinese CDC recommendations, which means 3 visits over 3 weeks for the vaccine. But here you don’t wait, especially when you come for follow-up shots. We have your record and everything is already prescribed; so you just come, get the shot, and go.

“It’s worth getting vaccinated before exposure as you end up needing fewer products: 3 shots of vaccine (plus 2 boosters if you get bitten). If you’ve never been vaccinated and you get bitten, you need 4 shots plus the immunoglobulin, which is the blood product used to kill the virus.”

Fortunately, at Jiahui there’s no markup on the vaccines and the immunoglobulin. “The prices for the products are the same as the government clinics and the consultation fees are very reasonable.”

What kind of rabies cases does the ER normally see? “The majority of patients we’ve seen so far are people who’ve attempted to rescue an animal, or they’re fostering a new animal, and they’ve been bitten.” In China, animals usually aren’t vaccinated for rabies until after six months, and animal vaccines are often unreliable.

Surely avoiding stray animals is enough to ward off any risk? Dr. Beaudreau thinks not. “I had an expat see me who was cycling downtown. A bat flew out of nowhere, wings spread, hit her in the face and then fell down dead, or stunned. It’s a little odd in Shanghai to get attacked by a bat, and it freaked her out. But she was smart; she knew bats carry rabies, so she came to the hospital and got vaccinated.”

“People just don’t think that they’re going to be exposed to animals, or that their kids are going to be, but it happens,” says Dr. Deconinck. “There’s even a little monkey in the French concession who sometimes bites people.”

“Right,” Dr. Beaudreau chimes in. “We have four kids; no matter how many times you tell them not to play with animals, as soon as you turn your back they’re going to play with animals. My daughter was bitten by a zebra at Shanghai Zoo! Luckily, she’d already been vaccinated, so we just gave her a booster.

“The point is, if you live in China, you need to be concerned about rabies, especially if you have kids.”