Lady M to close all Chinese stores by September 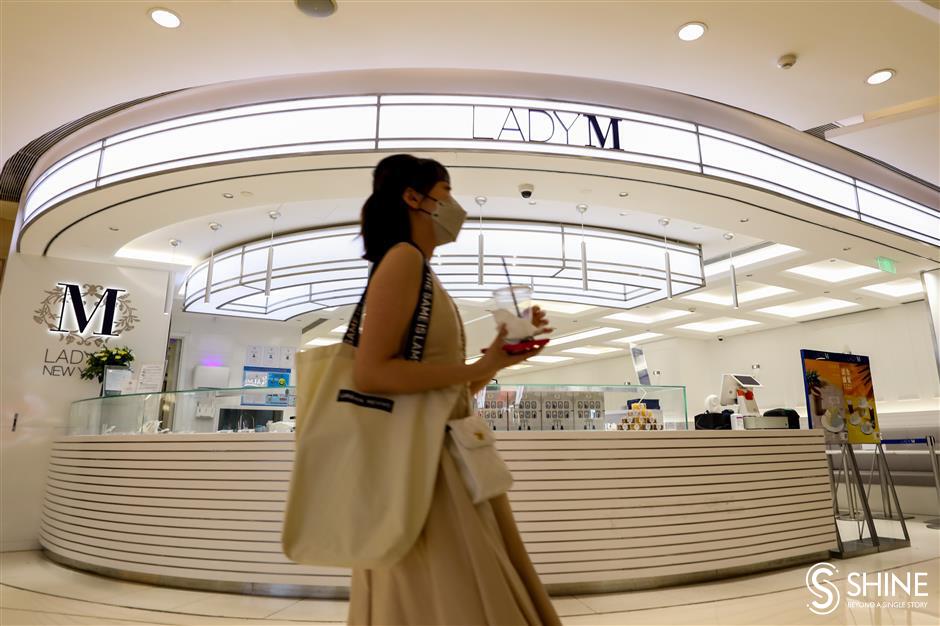 The Lady M store at the iAPM Mall in Shanghai. The New York luxury confections brand has announced that it would terminate its business operations by September.

Luxury confections brand Lady M will close all outlets on the Chinese mainland by September 10 but plans to return with a new business strategy later.

The New York-based patisserie brand has 27 licensed stores in Chinese cities including Shanghai, Beijing, Shenzhen and Xiamen, as well as three food-processing plants.

Customers who own prepaid cards and vouchers can still use them to make offline and online purchases before September 10.

They can also claim a refund between September 1 and September 15 through its mini-program on WeChat mini program.

The company announced earlier this month that it plans to pursue a direct company-owned strategy in China to strengthen business and drive growth.

Lady M did not renew the license agreement with Shun Lee Shanghai Commercial Management Co for five provinces, which expired on April 9.

"We have built up a significant business presence in the past five years and regret any inconvenience caused by the closing of the license stores," Shanghai Muxin Catering Service Management Co, a wholly unit of Shun Lee, said in an announcement on Wednesday.

Lady M's stores at high-end shopping malls and popular areas always attract large crowds, with people queuing up for a taste of its handmade multi-layered crêpe cakes and gourmet desserts.

The first Lady M boutique store in China was launched at the IFC Mall in the Lujiazui area of ​​​​Shanghai in September 2017.

Microblog user "Lovley Butter" has been ordering birthday cakes from Lady M for the last few years as an avid lover of its signature multi-layered crêpes.

But new bakery and dessert stores have continued to emerge in recent years, which have done better at catering to local tastes and providing seasonal offerings.

Lady M said it is looking forward to taking a direct role in elevating the China business, a market that is pivotal to its growth strategy, said CEO of Lady M, Ken Romaniszyn, in a press release on July 14.

It plans to focus on developing the China market with new concept boutiques and innovative product offerings, allowing the company to maintain the highest quality and consistency for its customers.