Aiming to lure top talent to take on the world

Ningbo is accelerating its globalization to attract global experts, with a focus on high-tech professionals, to upgrade local manufacturing industries.

It now has four Italian engineers who have helped the company improve quality and break the foreign monopoly.

“The Italian engineers helped us become the first company in China to produce testing equipment for the engines of warplanes,” said Michael Chen, chief operating officer.

“In the past, this equipment had to be imported.” 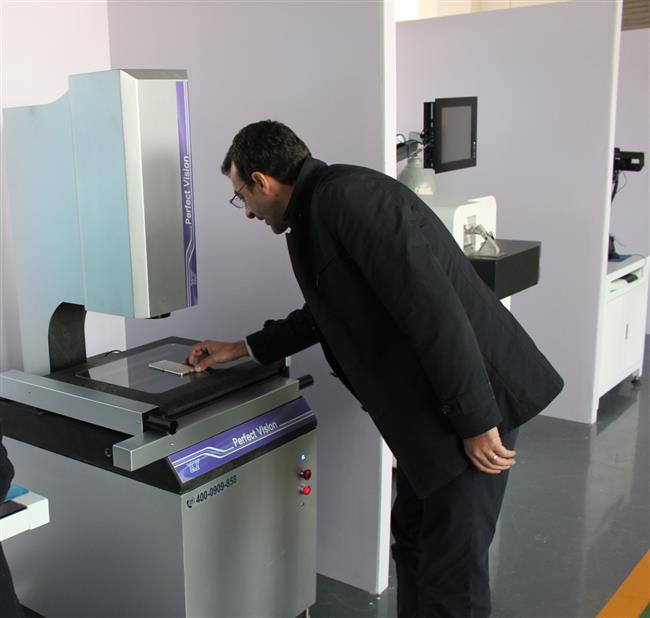 An Italian engineer of Zhejiang Eagle Kedi Dili Technology tests the size and geometric tolerance of a mobile phone.

The three-day “Connecting the Belt and Road, sharing global expertise” summit attracted 430 experts from 20 countries, including the US, Russia, Germany, Italy and Japan.

A total of 33 contracts were signed between Ningbo and foreign companies and institutions to boost cooperation in aerospace, integrated circuits, chemicals, bioengineering, pharmaceuticals and smart manufacturing.

“Ningbo is the first city to pilot the ‘Made in China 2025’ Initiative and is a pioneer of the ‘Belt and Road’ Initiative,” said Zheng Shanjie, Party secretary of Ningbo.

“We hope to attract more foreign experts to start up their business in Ningbo to share the huge dividend brought by the city’s development.”

It is of mutual interest as Ningbo needs high-tech professionals to upgrade local industries as well as their innovation to drive economic growth, and foreign experts demand a fast-developing market that abounds in manufacturing resources to grow their business.

The city had implemented a policy of subsidizing the employment of foreign experts and established platforms to connect local enterprises with foreign talent and companies. 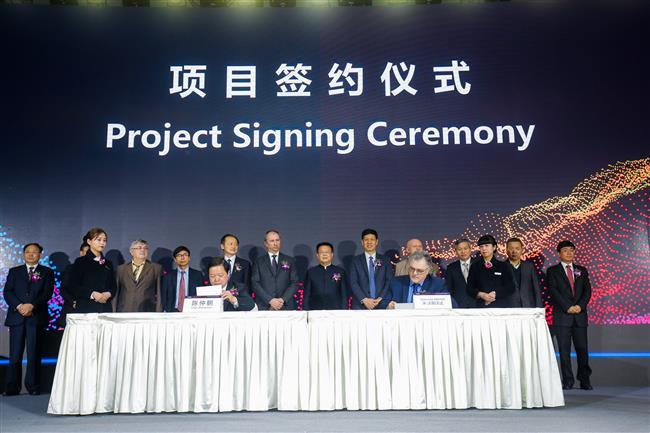 A total of 33 contracts are signed between Ningbo and foreign companies and institutions during the first China (Ningbo) Global Experts Summit held in Beilun District.

Aiming to be competitive in the international market, Ningbo is attracting foreign experts to boost local technology innovation and help manufacturers improve quality and management.

The Ningbo Human Resources and Social Security Bureau said foreign experts in Ningbo had added 4,530 patents for local companies, developed 2,207 products previously only imported and helped increase revenue by 30.6 billion yuan (US$4.9 billion) from 2009 to 2016.

“Italian engineers used their technology to improve our equipment’s precision by 30 percent and then our products now meet international standards and can be sold globally,” said Chen.

Hailun Pianos is the only listed instrument maker in the city and its pianos are exported to Europe, Japan and America thanks to the contribution of foreign experts from the US, France and Austria, who helped the company grow from a small factory producing piano parts to an internationally-renowned piano manufacturing brand.

“China has only about 60 years’ history of piano manufacturing but that in Europe can be dated back to 300 years ago. If we want to make world-leading pianos, the most effective way is to hire top-notch professionals to realize our dream,” said Chen Hailun, chairman of Hailun Pianos. 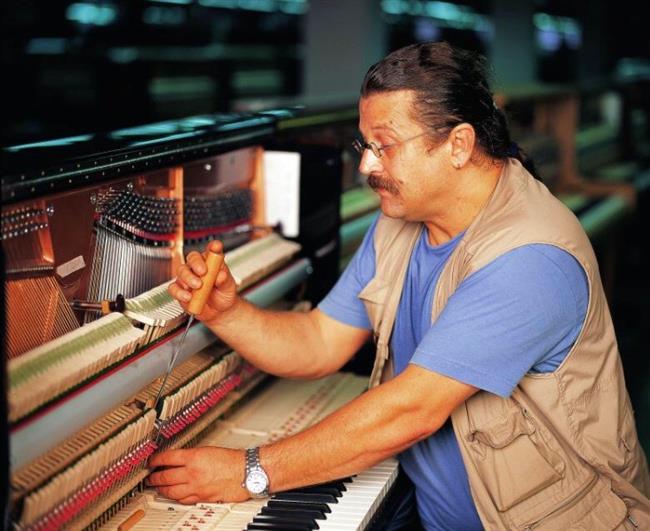 Peter Veletzky from Austria, a technical consultant of Hailun Pianos, tunes the instrument.

Ningbo Veken Screens Co Ltd is one of the most professional silk screen manufacturers in China. It has employed technical directors and production managers from Japan, up to seven people since 2008, at its factory in Beilun District.

“Our production of screens requires a dust-free plant and the Japanese experts carefully set out each detail, such as requiring workers to wear clean clothes and shoes before entering the workshop,” said Lu Chunhong, director of human resources of Ningbo Veken.

The foreign experts also set up uniform maintenance procedures, including recording why a machine broke down, which parts were replaced and how the problem was resolved.

This allows them to focus regular checks and head off problems before they happen.

As a fast developing city on the east coast of China, Ningbo is a magnet for foreign experts to start or grow businesses in emerging fields such as big data and local industries highlighted by textile manufacturing.

The city also offers subsidies and platforms to connect companies with the resources they need.

According to the Ningbo Statistics Bureau, Ningbo’s GDP reached 984.69 billion yuan in 2017, up 7.8 percent from a year earlier, and the added value of the industrial sector — one of the biggest sectors of the local economy — increased by 9.6 percent year on year to 326.67 billion yuan.

“Ningbo was one of the earliest Chinese cities to open to foreign companies. It has an advantageous location and a good private economy,” said Xia Mingjiu, deputy director of the State Administration of Foreign Experts Affairs.

As a promising market, the city in foreign experts’ eyes is also full of opportunities to develop their business.

“Ningbo is the biggest center of textile manufacturing in China and we want to find a fabric company as our partner to apply our nano-coating technology into clothes, which can make clothes resistant to harmful bacteria and virus for people to use in hospitals,” said Shay Hershcovich, director of business development department of Nano Textile, a technology company based in Israel.

Jaspal Peter Sahota is a scientist with Inavya Ventures Ltd of the UK, which developed a software for mobile phones that can connect health monitors with physicians, allowing them to apply big data technology to analyzing the dynamic data of patients’ health so that potential diseases can be prevented.

“I’m looking for investors and manufacturers of health monitors here in Ningbo to apply our technology into people’s daily life as China is making lots of efforts in improving people’s health,” said Sahota.

In addition, the city has issued policies to financially support local companies to employ foreign experts and also established service platforms to make it convenient for Ningbo’s enterprises to connect foreign companies and talent.

The Ningbo Human Resources and Social Security Bureau said the city invested 370 million yuan between 2009 and 2016 in subsidizing local companies to attract 1,486 foreign experts in total.

Companies that employ one foreign engineer for over one year can receive up to 600,000 yuan as a subsidy from the government and the transportation and accommodation cost of bringing in foreign experts to share their knowledge and experience in Ningbo can also be covered by the government.

For finding suitable foreign experts, there is also a platform for connecting with foreign talent.

CSMT Center, an Italy-based technological service center, established a branch three years ago in Beilun District with the help of Ningbo Ximeng Industrial Technology Development Co Ltd as a platform to promote Sino-Italian cooperation in technology.

“One of the reasons for us to promote this cooperation is that Italian companies also want partners in China to apply their technological innovation to markets,” said Trichilo Riccardo, president of CSMT Center.

The branch, with a talent pool of 2,000 Italian experts, introduced Italian technology and engineers into Chinese companies.

“Our four Italian engineers were recommended by CSMT and the latest cooperation with Italy Gexcel Co was also helped by CSMT,” said Chen of Zhejiang Eagle Kedi Dili.