Bitcoin was pinned near its lowest in more than two months on Friday and headed for its worst week since February, while dogecoin leapt by a fifth as tweets from Tesla boss Elon Musk sent the two cryptocurrencies on a wild ride.

Markets have gyrated to Musk tweets for months since his interest in dogecoin sparked a hundred-fold rally in the previously ignored token's value this year, while Tesla's US$1.5 billion bitcoin purchase helped it break past US$50,000 in February. 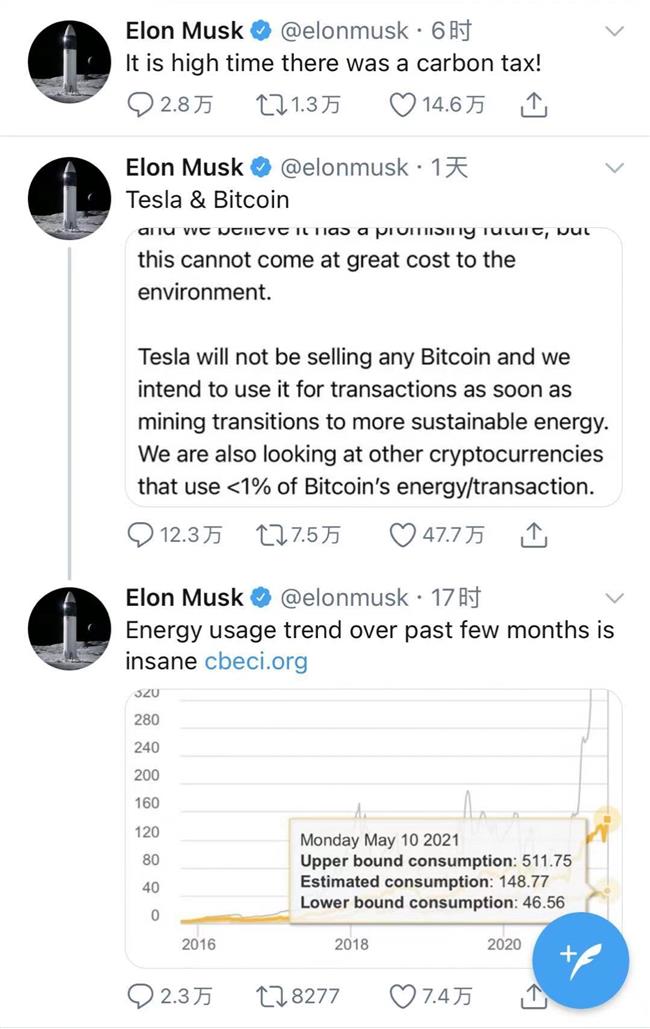 Yet in an equally surprising U-turn he dented the world's biggest cryptocurrency this week after announcing Tesla stopped accepting bitcoin in payment owing to environmental concerns, making investors uneasy about Musk's influence on crypto prices.

Dogecoin is down about a third since last Friday, having tumbled after Musk referred to it as a "hustle" on Saturday Night Live. It then jumped 20 percent after his latest comments that he was involved in work to improve its efficiency.

"Working with Doge devs to improve system transaction efficiency. Potentially promising," Musk said on Twitter, vaulting dogecoin from about US$0.43 to US$0.52 on the Binance exchange.

It was unclear if Musk was referring to efficiency in terms of energy use, ease of use or suitability as a currency, said Mark Humphery-Jenner, an associate professor of finance at the University of New South Wales business school in Sydney.

Dogecoin consumes 0.12 kilowatt hours of electricity per transaction compared with 707 for bitcoin, according to data center provider TRG, but it is near impossible to use it to buy anything. 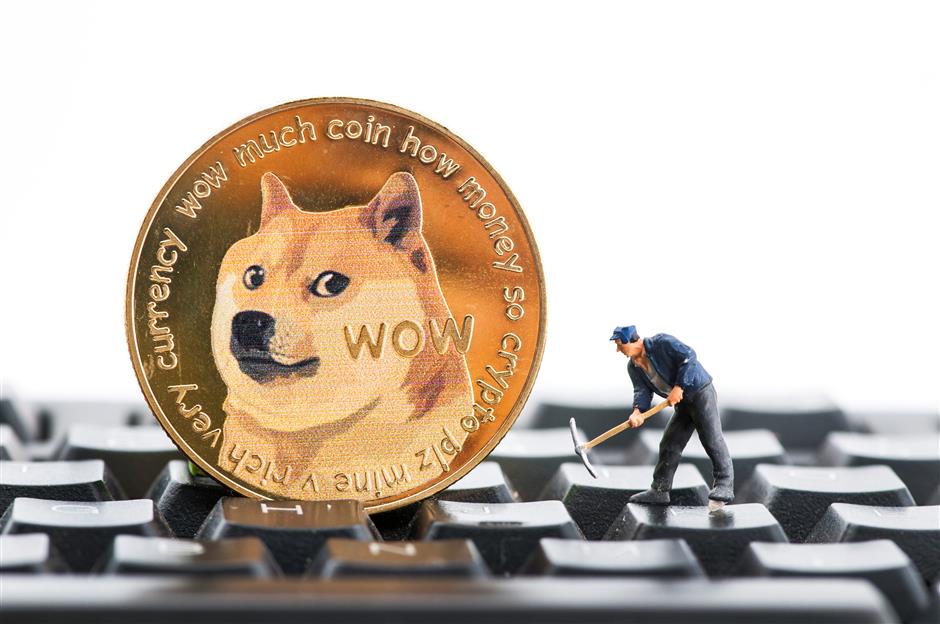 It has surged to become the fourth-largest cryptocurrency by market cap, according to CoinMarketCap.com. Second-biggest cryptocurrency ether has also soared more than 400 percent this year. It last sat at US$3,865, steady for the week so far.

The huge moves have begun to attract regulatory scrutiny, and a Bloomberg report on Thursday which said major exchange Binance was under Justice Department investigation in the US added to some of the price pressure on cryptos this week.

"Tesla is drawing tremendous scrutiny for Musk's cheerleading of Bitcoin," he said. "If Tesla unveils a bet on dogecoin, regulators may have their eyes on Musk."

Others, however, say the market might be more comparable to an old fashioned bubble.

"Dogecoin remains a lesson in greater fool theory," said David Kimberley, analyst at investing app Freetrade, which posits that buying overpriced assets can be profitable, so long as there is a "greater fool" to buy them at ever higher prices.

"It's being pumped by people that want to get rich quick (and Elon Musk)," he said.