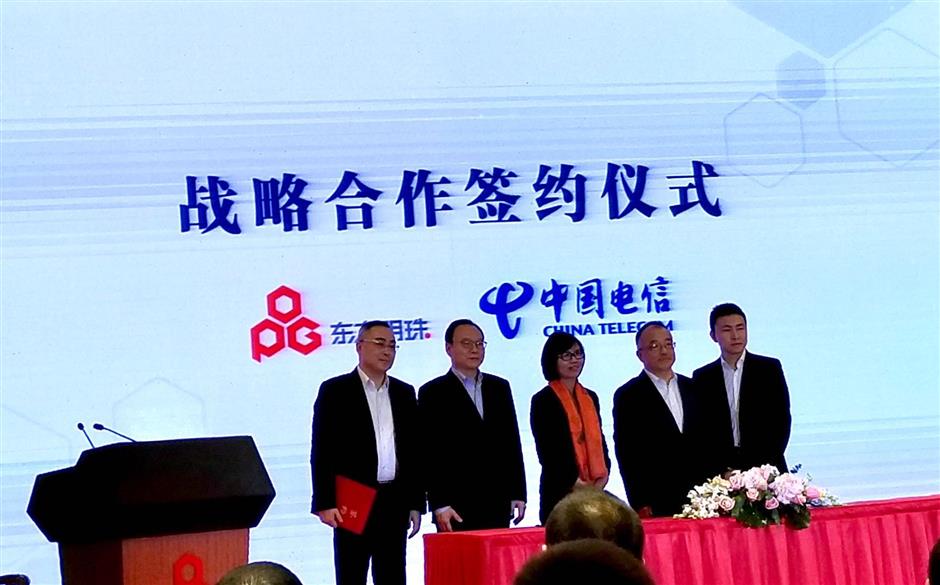 Top Executives were presented at the ceremony.

Both sides will cooperate on sectors including video, game, membership service and advertising, which are expected to become new income engines for the companies. Before that, the two companies have cooperated on IPTV or Internet Protocol TV for more than a decade, which makes Shanghai a leading IPTV city nationwide.

The “Walls” of high quality contents have disappeared, which means companies can offer contents through multi-channels, from mobile phone, TV to outdoors display, said Wang Jianjun, chairman of Oriental Pearl, who is also the head of local TV stations.

China Telecom, along with subsidies Besttone Holding and Besttone Information, has strong distributional channels like retail and hotel, which has a register user base of 900 million, said the carrier, also the biggest fixed-line and broadband operator in China.

They will also seek opportunities in game and overseas distribution, according to the cooperation.