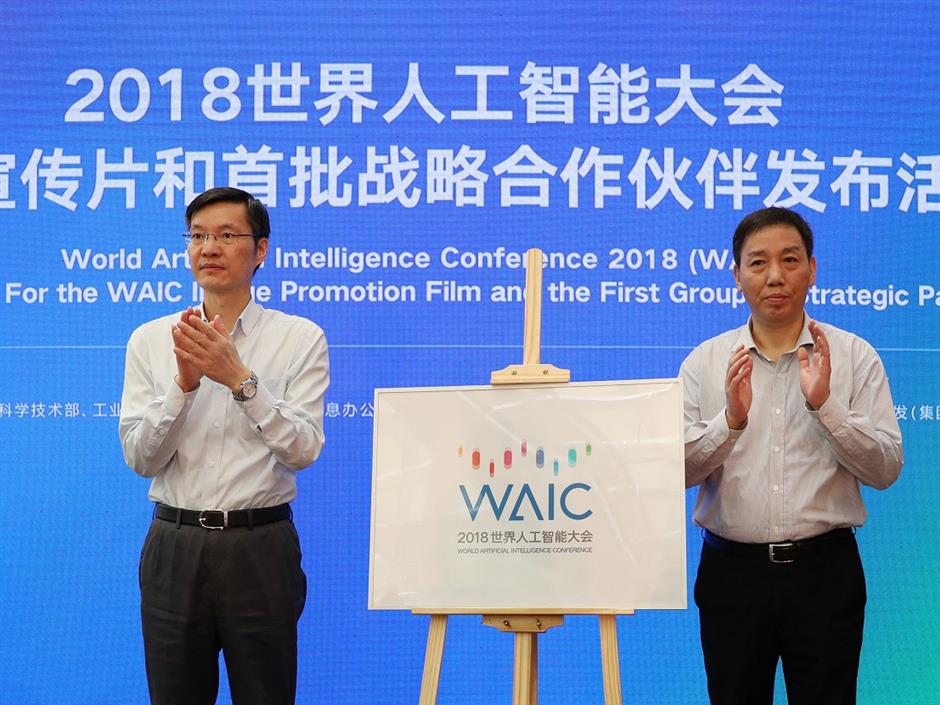 A new logo of the conference was released on Saturday to mark the 30-day countdown to the official start of WAIC.

Leaders of IT giants and research institutions will attend the World Artificial Intelligence Conference in Shanghai next month, organizers said on Saturday.

Eleven firms, including Alibaba, Baidu, Google, Huawei, Microsoft, SAIC, SAP and Tencent will become the first batch of strategic partners of the conference after signing an agreement with the local government during a ceremony to mark the 30-day count-down to the September 17-19 conference.

“The conference will talk about how to grab AI opportunities to boost the economy," said Chen Mingbo, director of the Shanghai Commission of Economy and Information Technology.

A new logo and official video of WAIC were also released during the ceremony on Saturday. The colorful elements in the logo represent nine categories closely related to AI, including science, mathematics, and computing.

Shanghai has set AI as a strategic sector to boost the economy and upgrade business structure. The core sectors in the AI industry in Shanghai are expected to achieve an annual output of above 100 billion yuan (US$15 billion) in two to three years, up from 70 billion yuan in 2017.

Demonstration areas for seven AI Plus topics, including transport, finance, retail, health care, smart manufacture, education and services, will be set up during WAIC.

Among the 260 speakers and exhibitors expected at the WAIC is Pony Ma, Tencent's chairman, who is confirmed to attend the opening keynote session. Tencent along with over 30 partners will showcase the latest AI applications for Go game, health care and other sectors.

Li Feifei, Google's AI scientist, is also confirmed to attend the event which will draw researchers from global universities and institutions.

WAIC is organized by the National Development and Reform Commission, the Ministry of Industry and Information Technology and Shanghai Government.