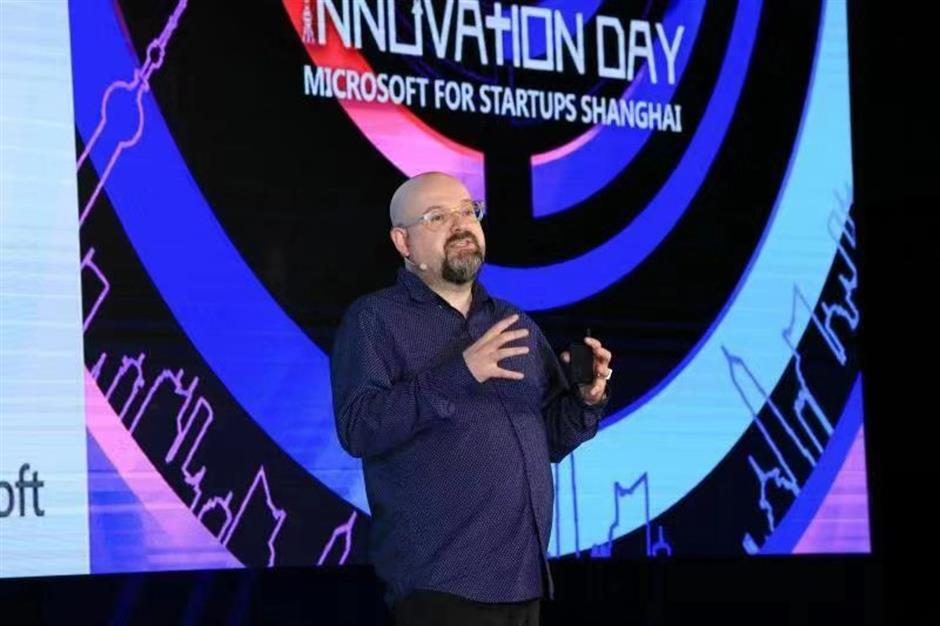 James Turnbull, CTO of Microsoft Startup Advocacy, said in Shanghai to empower local innovators at every stage of their growth to achieve more and scale up.

Microsoft Corp will boost support for startups in China, particularly in Shanghai, deepen cooperation with local government and improve innovation eco-system in the city.

“The mission is to empower innovators at every stage of their growth to achieve more and scale up,” James Turnbull, chief technology officer at Microsoft's Startup Advocacy, said on Tuesday.

Unlike other angel investment organizations and accelerators, Microsoft doesn’t take stakes in startups.

Microsoft has eight ScaleUp accelerators globally, including in Beijing and Shanghai. By February, Microsoft ScaleUp in China had successfully accelerated the growth of 302 startup companies, including 60 in Shanghai with a total market value of more than 71.2 billion yuan (US$10.6 billion).

Besides its two accelerators, Microsoft has built 21 incubation centers in China through partnership with local governments, which is unique globally. Shanghai is the only city with two incubation centers — in Xuhui and Zhangjiang — said James Chou, Chief Executive Officer for Startups at Microsoft in North Asia.

In 2018, Microsoft Research Asia center opened in Shanghai, which will enhance Microsoft’s resources for startups, especially for artificial intelligence.

AI is a “most promising technology”, as well as the Internet of Things, to connect smart devices and tech-savvy users, creating data and digital transformation applications, said Turnbull.

Shanghai has unique advantages in AI and innovation, such as a rapidly developing financial technology sector, a healthy investment environment and rich talent resources.