Combination photo taken in a China Telecom branch in Beijing on Thursday shows the comparison of uploading and downloading speed between 4G service and 5G service.

Mobile carriers launched 5G wireless services and unveiled customer packages on Thursday, marking the start of commercial use of the new technology.

China Mobile, China Telecom and China Unicom announced the beginning of commercial use in major cities nationwide including Shanghai —  the latest move when the country steps up development of super-fast wireless technology infrastructure since authorities issued 5G licenses to operators in June.

An increased user base and mature technology have made consumer prices relatively affordable, said the Ministry of Industry and Information Technology.

By September, China's three major telecom operators had built more than 80,000 5G base stations. The total number is expected to hit 130,000 this year. By 2025, the 5G construction investment will hit 1.2 trillion yuan.

Currently, Shanghai has built over 13,000 5G base stations, one-tenth of the national total. 5G signals now cover downtown and areas of Hongqiao and Zhangjiang. By the end of this year, 5G signals will cover most of the city.

In the future, 5G will integrate with health care, entertainment and industrial sectors to make Shanghai a smart city, local officials said.

Existing users can enjoy discounts of 20 to 30 percent for switching to 5G services for six months, which makes some 5G packages less than 100 yuan each month.

Huawei will start selling its Mate 30 5G model and virtual reality glasses on Friday. Oppo has also announced that it will launch new 5G models in December. 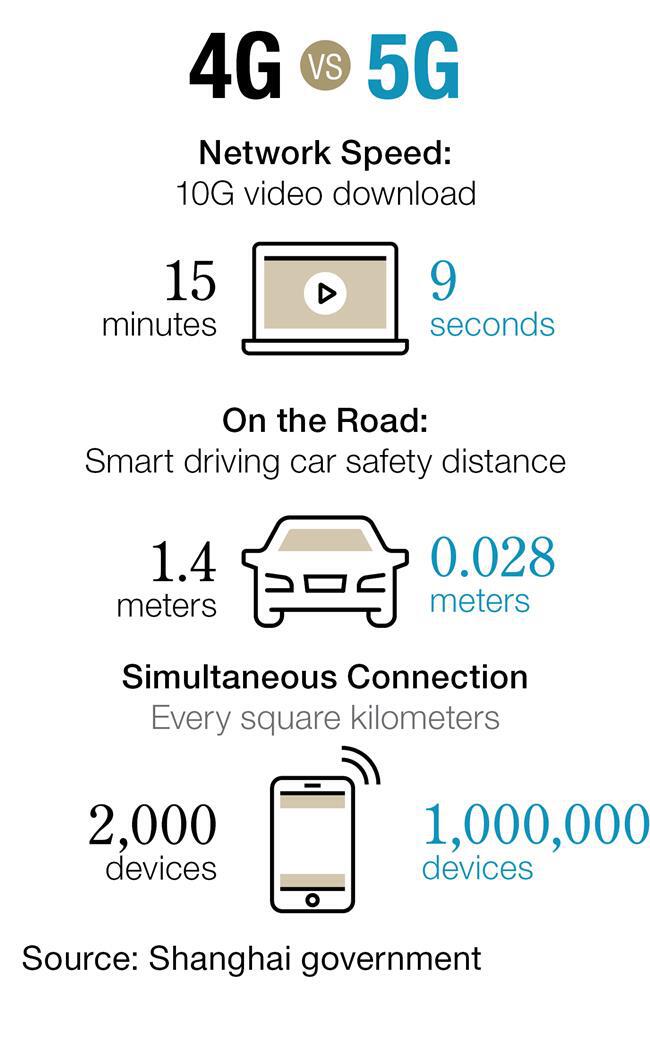 A comparison of 4G and 5G services