The Chinese market is promising and attractive for global firms involved in chips, connected devices and robots, thanks to rich applications and a huge user base, speakers told a tech forum at the ongoing CIIE on Wednesday.

China is still one of the most important markets for US high-tech firms, Matthew Margulies, vice president of China for the US Business Council, told the 2019 Intelligent Technology and Industry Forum for International Cooperation.

About 75 percent of council members have set up branches in China. Most don’t have plans to transfer supply chain or facilities out of China, Margulies told the forum.

Synopsys, a US-based electronic design automation (EDA) tool provider, expected chips to power everything from cars and smartphones to connected devices. China is a “promising and lucrative” market for Synopsys as “the market (for consumer electronics) is here”, said Ge Qun, Synopsys China chairman.

China now has 1,688 integrated circuit design houses, which all use EDA tools for development and research, Ge added, who also mentioned the company’s rapidly-developing AI lab in Shanghai.

Wang Zhijun, vice minister of the Ministry of Industry and Information Technology, and Wu Qing, vice mayor of Shanghai, attended the forum.

Fu Sheng, chairman of Cheetah Mobile, called intelligent robots the next milestone of economic reform, after PCs and the Internet. Cheetah Mobile now has more than 500 million users, with 70 percent coming from overseas markets. It has invested in robot developer OrionStar, whose products have served more than 130 million people. 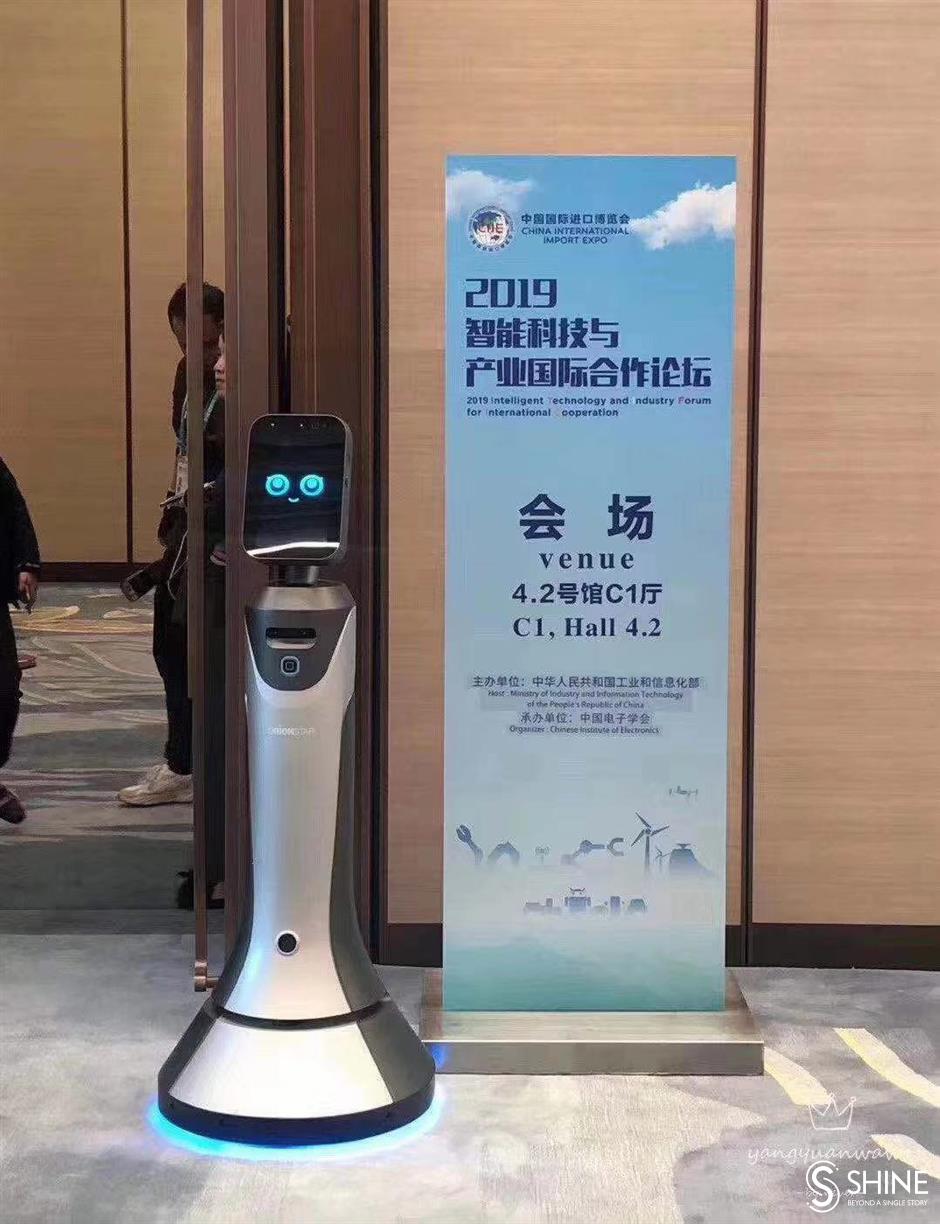 Cheetah Mobile is invested in robot developer OrionStar, whose greeting robot is shown during a CIIE forum.