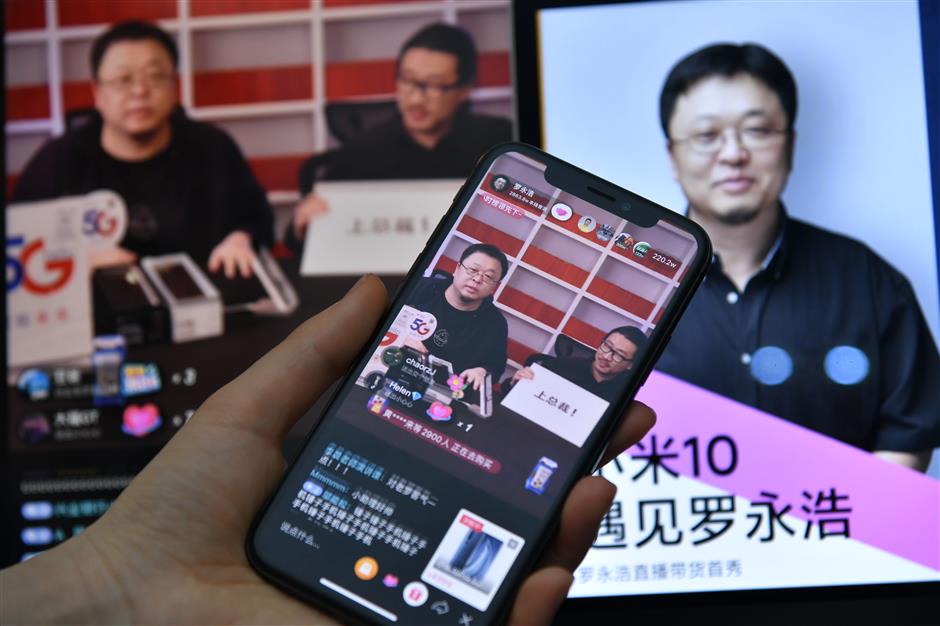 Luo Yonghao, a former entrepreneur, now an online celebrity and influencer, may not have expected his livestreaming sales debut to spark so much debate about the future of e-commerce and digital lifestyles in China.

“I am still a beginner here and I am learning,” Luo said in his online broadcast on Wednesday night. The former English teacher who created the Smartisan smartphone brand is still an opinion leader in China even though heavily in debt because of Smartisan’s trouble.

Luo has turned to the role of promoting products via livestreaming. Broadcasters can cash in from paid commission on the deals. Broadcasters in China are online celebrities and influencers who have millions of fans, creating sales stars such as Li Jiaqi, the “Lipstick King” who has gained fame and fortune through selling lipstick online.

The broadcast attracted 48 million viewers, a record-high in its category, the Tik Tok (Douyin) platform said on Thursday.

Luo's livestream sales debut has made the social e-commerce a new mainstream cyber economy activity, which helps stimulate consumption and re-energize the economy. It has larger space to develop given the condition of the COVID-19 outbreak keeping people stagnant in front of computers and phones, according to industry insiders.

“Luo’s debut means a lot in the category rather than sales and viewing figures,” said industry observer Zi Chao. “With his identity as a celebrity, Luo has brought the new method sales into the mainstream. Now more brands want to try and more consumers want to buy.”

As a newcomer, Luo’s sales figures still lag behind the most successful online sales broadcasters, Li Jiaqi and Wei Ya. But Luo offers a wide variety of products beyond the traditional categories of beauty products and food. He offered high-priced products, such as a home theater projector costing almost 5,000 yuan. 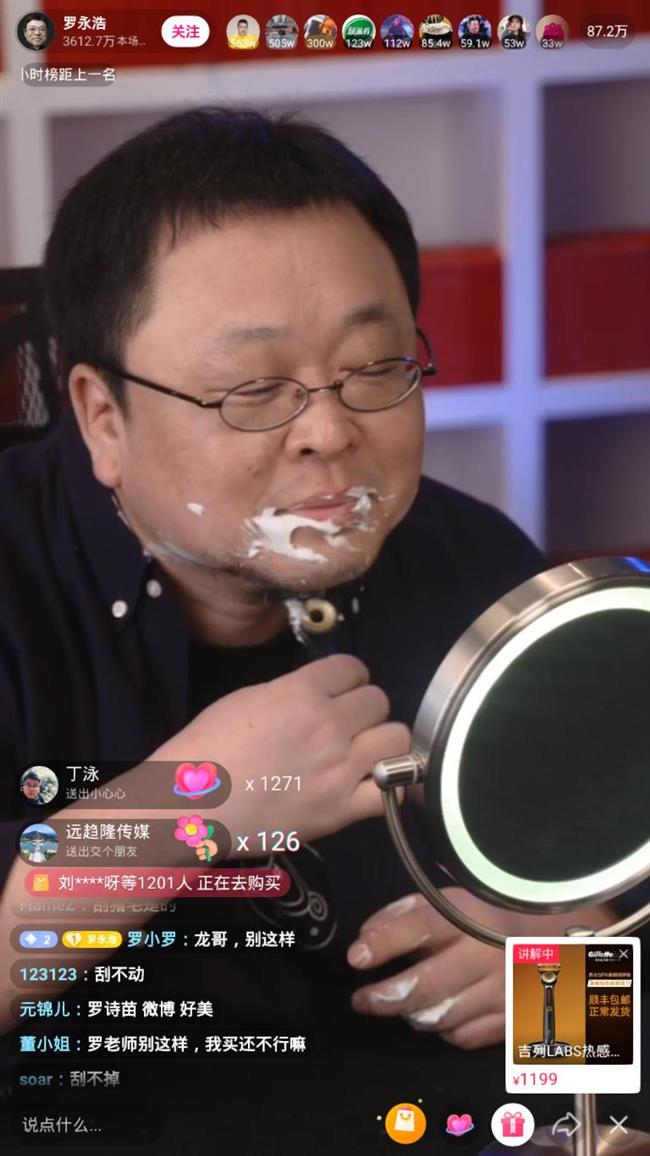 Luo Yonghao tries a shaver to impress audience during his livestreaming sales debut on Wednesday night.

Mio, a Shanghai-based website editor, registered for Tik Tok on Wednesday especially to watch Luo’s broadcast. Tik Tok had over 400 million users in China by January.

Many brand owners tried to obtain a “slot” in Luo’s debut, to cash in on his celebrity and Tik Tok’s market reach. Even with limited sales, they can gain exposure and advertising value, analysts said.

Roborock, which made its debut on Shanghai’s STAR Market recently, was one of those brands. It got a slot on Luo’s broadcast, to introduce and sell its new flagship product, the Roborock T7 robot cleaner priced at 2,599 yuan.

Luo and his team earned about 30 million yuan on the night with “slot” and commission fees, according to media reports.

Luo was not able to confirm or comment on the figure but live-streaming celebrities normally earn 30 percent of total sales.

Even before Luo’s entry into the sector, livestream sales had become a new front line for the dot-com giants. They have created new sources of online traffic and trade volume. People also got used to buying online during the COVID-19 outbreak.

Even without concrete market figures, Alibaba’s Taobao, Tencent-invested Kuaishou and now ByteDance’s Tik Tok have been testing the streaming water.

During the Singles Day online shopping festival in November, companies used online influencers to promote their products. For many brands, livestreaming has become their No. 1 marketing channel, rather than an optional extra, according to media reports.

Broadly, the new sales method may have stabilized consumption when the COVID-19 outbreak curtailed traditional off-line promotion events and forced consumers to stay at home.

Even carmakers Land Rover and Cadillac were testing the waters in March. The number of online viewers on their broadcasts on Tik Tok reached 158,000, and earned more than 58,000 comments.

But even Luo, an opinion leader with experience in teaching, debating and speaking at press events, can make mistakes.

During the broadcast, Luo seemed unfamiliar with some products and gave a projector the wrong brand name.

“I am sorry for the mistakes I made today. Hope to see you all next time,” Luo said at the end of his broadcast.