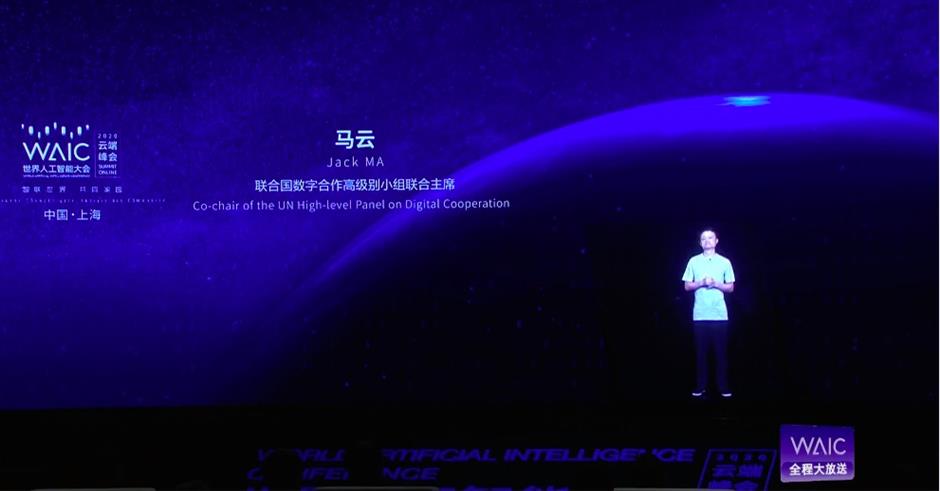 The founder of Alibaba Group Jack Ma sent a video message to the WAIC from Yunnan Province.

The founder of Alibaba Group Jack Ma, who is also co-chair of the UN High-level Panel on Digital Cooperation, called for collaboration and a unity of humanity to create a "beautiful home."

"The coronavirus does not distinguish between countries and technology should not have boundaries," Ma said at the ongoing World Artificial Intelligence Conference.

The pandemic is a reminder that people still have very limited knowledge of the human body and the natural world, Ma said.

"I remember that last year, there were still some of us worrying about machines be replacing people and employment issues that might follow. Now we worry about how quick can robotic assistants be deployed during front-line work to fight the pandemic and protect health-care workers," he said.

Last year, Ma and Elon Musk joined the WAIC in Shanghai and exchanged thoughts on topics from AI and education to Mars missions.

"The world has undergone drastic changes during the past year, and we have no time to worry. Instead we should commit ourselves to taking upon new challenges. The sooner we join hands and collaborate, the better prepared we are to safeguard our hometowns and to overcome difficulties," he urged.

He attributed many ongoing conflicts to disrespect over differences between various nations and various people's preferences.

“Unfortunately we lack wisdom, and sometimes we do not use these resources, capabilities and knowledge well enough to strengthen communication and cooperation," he added.

“Animals have instincts, machines have intelligence, and we humans should have wisdom,” he said.