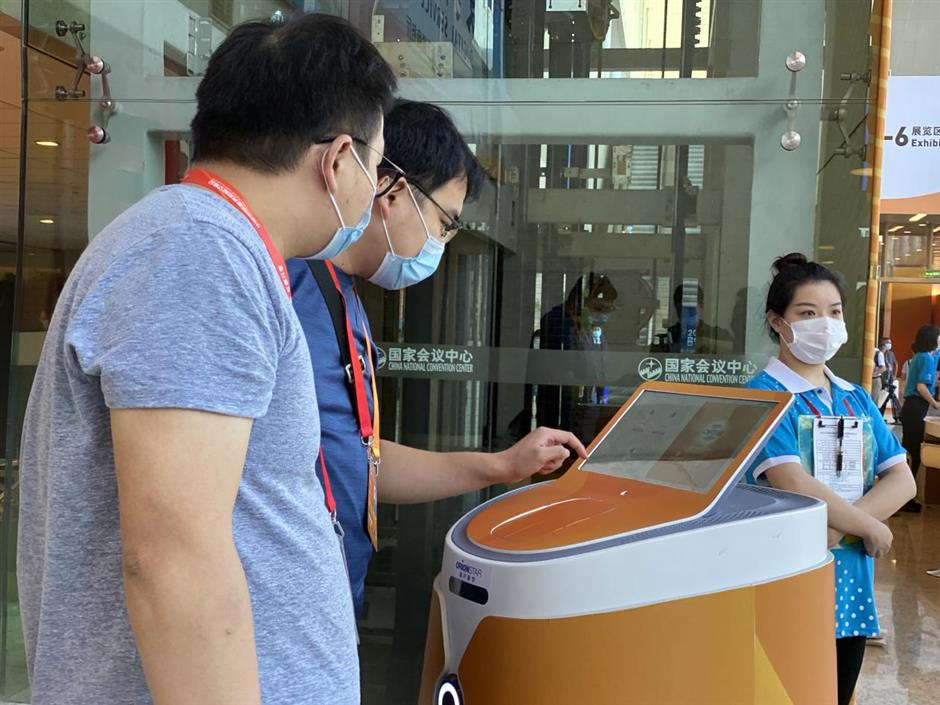 Thirty robots from OrionStar, a service robot firm invested by Cheetah Mobile, are being used at the event. They are guiding visitors, displaying event information and selling products like coffee.

Some of the high definition videos are being played on screens of BOE, China’s biggest display panel maker.

BOE is launching new display products and services for smart education, home appliance and education, including an interactive digital blackboard.

Also during the CIFTIS, Chinese national researchers announced a partnership with firms such as SenseTime, iFlyTek and Huawei on adopting more AI techs in broadcasting industry.