It represented integration between the tech and car industries with electric and intelligent trends.

Seres SF5 cars, with Huawei’s operating, connection and sound systems like HiDrive and HiCar, will be available in China next month, with price starting from 216,800 yuan (US$33,354), Huawei said during the show.

It’s the first car to be available in China with Huawei’s ecosystem.

Three new Huawei-featured models are displayed in Huawei’s flagship store on the Nanjing Road in Shanghai. It will open for test drive registration since Wednesday.

The Huawei-backed Seres supports cruising range up to 1,000 kilometers between each charging, double or triple compared with current electricity cars, Yu added.

It will solve the“mileage concerns” of many electric car owners, he added. 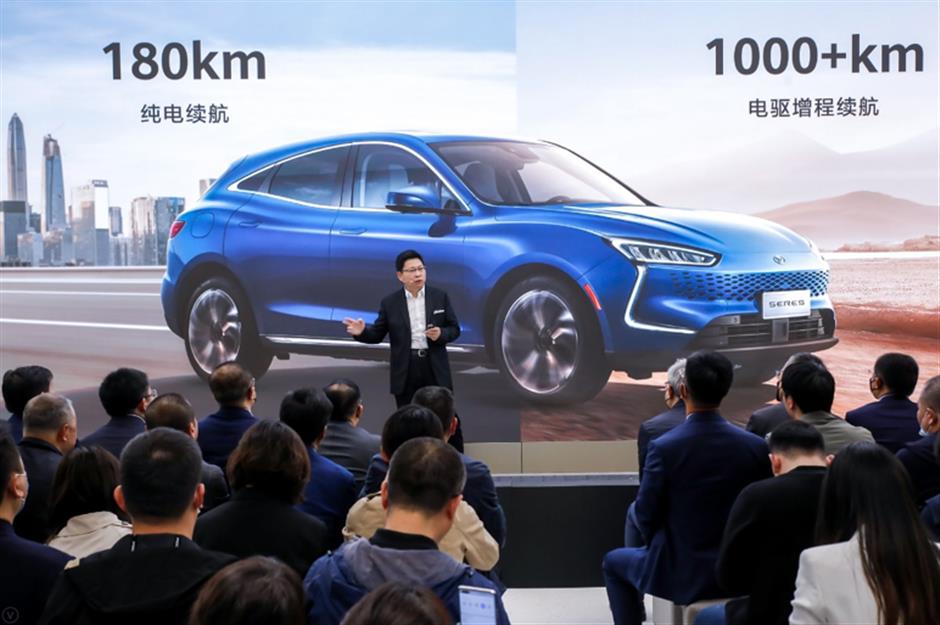 Huawei's CBG CEO Richard Yu introduces new cars with Huawei's technology and systems, which will be available next month.

Huawei also announced to partner with other Chinese auto manufacturers on intelligent electric vehicle. Chinese automaker GAC plans to introduce a model with autonomous driving functions developed with Huawei in the next few years.

The chip giant aims to expand ecosystem “circles” of clients and partners in China. It expects autonomous driving platform Snapdragon Ride to be in commercial use in 2022. 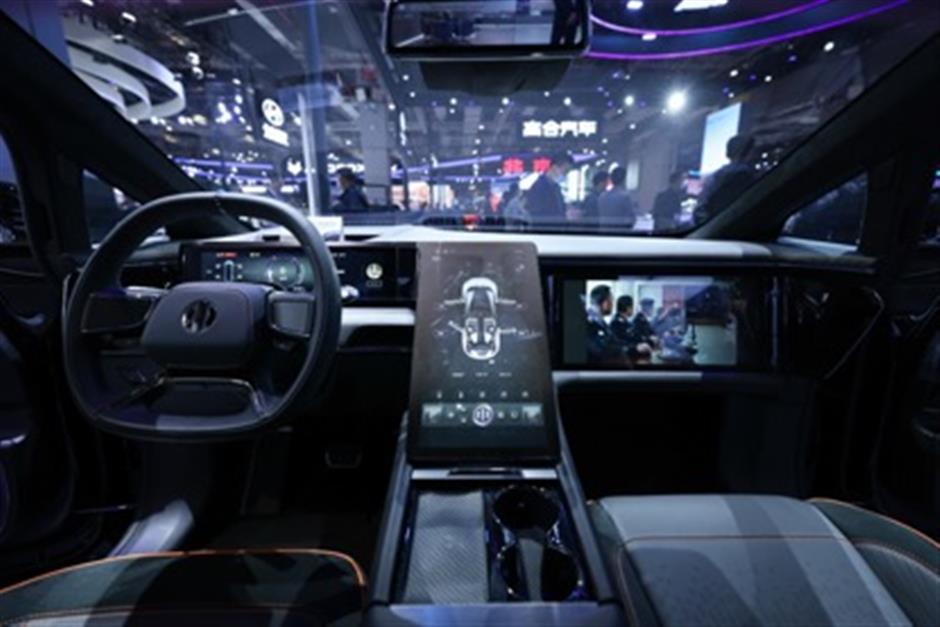 A car with an intelligent system supported by Qualcomm.

Other tech giants like Baidu, Didi, DJI and Neusoft also showcase latest innovations during the auto show, covering intelligent cockpit and autonomous driving. Most of them are first-time exhibitors of a professional auto show.