ChinaJoy for gamers as latest technology on display

In Huya's booth, BOE has a prototype monitor model with a record high 480 Hz refreshing rate, compared with normally up to 120 Hz or 144 Hz.

BOE has launched products in new techs like higher refresh rates, high-quality image quality, customized configuration and green and health features. For example, BOE has products for eye protection as eSports players often look at screens for more than 10 hours a day. 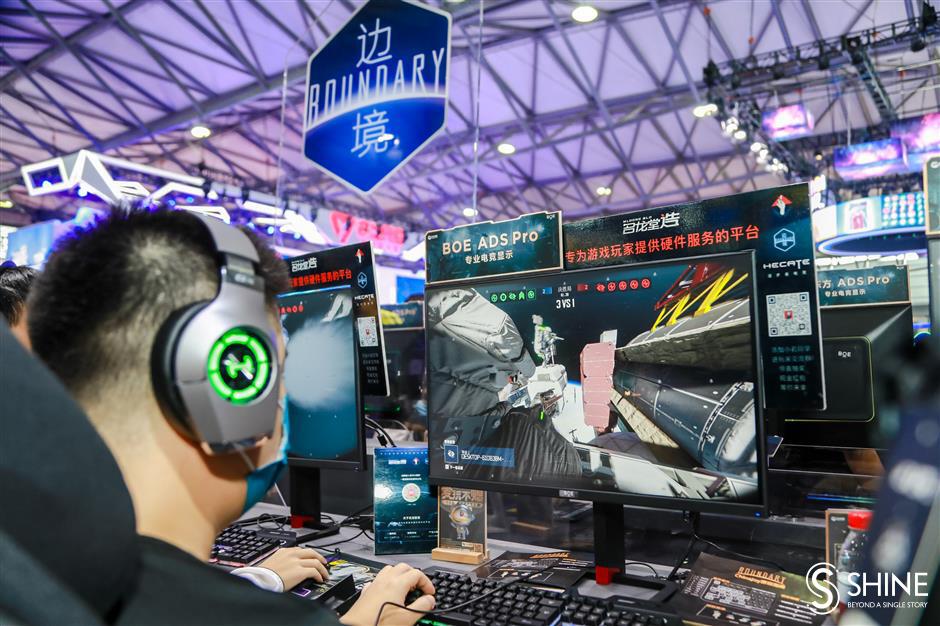 New games at the Huya booth, with professional eSports monitors and various AI and broadcasting innovations.

They include artificial intelligence-powered optimization for broadcasting, YOWA cloud game platform and a new space game Roundary, distributed by Huya as a sole distribution partner for the first time.

Firms like tech supplier AAC and Tencent are drafting industry standards for vibration effects, which are used in the gaming and digital entertainment sectors. Devices like smartphones, with AAC's latest X-axis linear motor, can provide more vivid vibration effects in games.

The demand for high quality interaction and immersive experiences, including touching and vibration effects, are surging with the booming mobile game and eSports market, said Kelvin Pan, executive vice president of HK-listed AAC.

Components are used in various smart devices such as phones and VR models. But one of the major challenges is the difficulty in compatibility with all devices.

Companies such as camera giant Canon and cinema technology firm IMAX all represented at the game fair. It represents the convergence among various industries.

ChinaJoy, held at the Shanghai New International Expo Center in the Pudong New Area, will continue until Monday.