GAC Motor released its new Empow models on Sunday night at its booth at ChinaJoy, officially called the China Digital Entertainment Expo and Conference. It became the first car brand to launch a new car at the fair.

The Empow cars, priced from less than 100,000 yuan (US$15,625), target young consumers. The release event consisted of cosplay, music and dance performances and was broadcast online. 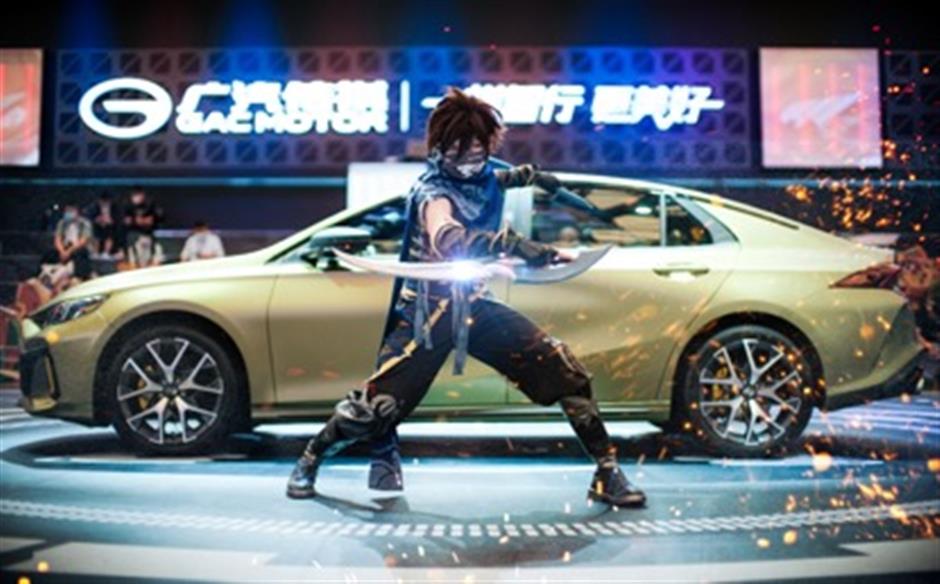 GAC Motor kicked off its new car with a cosplay performance show.

Other car makers BYD, SAIC, Great Wall and startup brands set up booths or displayed their cars in the ChinaJoy exhibition halls.

Car owners are becoming much younger in China. About 41 percent are now people born after 1990, and they like games and digital entertainment content, researchers said. 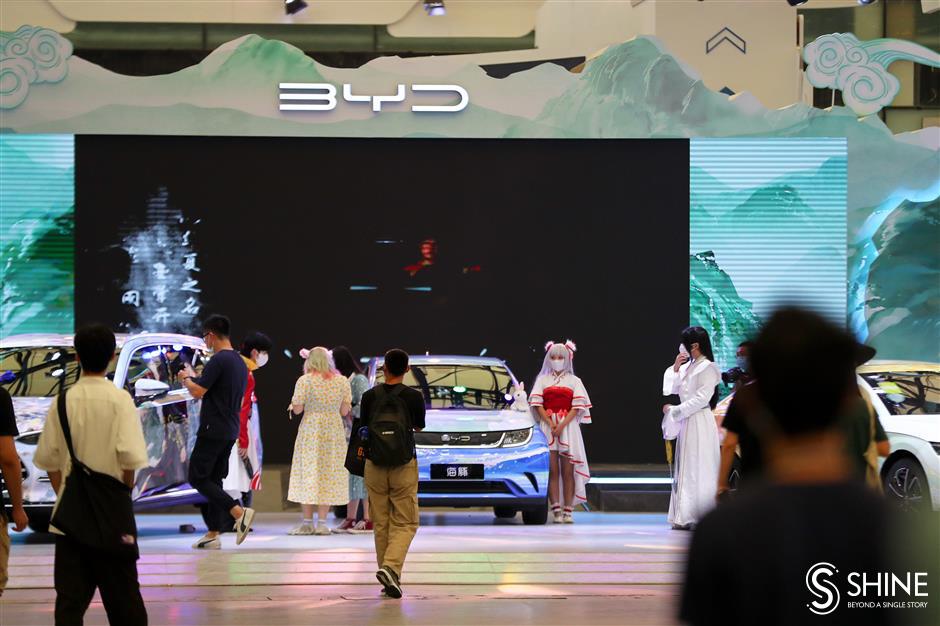 Car products on display in the gaming fair in Shanghai.