Huawei Technology is building the world's largest industrial park with nearly zero carbon footprint – a commitment by the tech giant contribute to China's construction of a green and sustainable society.

The Antushan campus, featuring PV or photovoltaic power generation, energy storage and flexible electricity use, will open in 2022 in southern city of Shenzhen.

The campus will generate 1.5 million kWh of such non-fossil electricity annually and reduce the use of power by half to realize carbon neutrality, the company said.

"Over the next 30 to 40 years, we will continue to see intelligence and low carbon gain traction with technology innovation," Hou Jinlong, senior vice president of Huawei and president of Huawei Digital Power, told the online TrustInTech Summit 2021 on Thursday night.

In China, the government has set up a national target to achieve carbon neutrality by 2060. In support, Huawei set up a special division known as Huawei Digital Power.

Since September, Huawei Digital Power has helped customers generate 443.5 billion kWh of green power and save 13.6 billion kWh of electricity. This is equivalent to reducing carbon emissions by 210 million tons and planting 290 million trees, according to Hou. 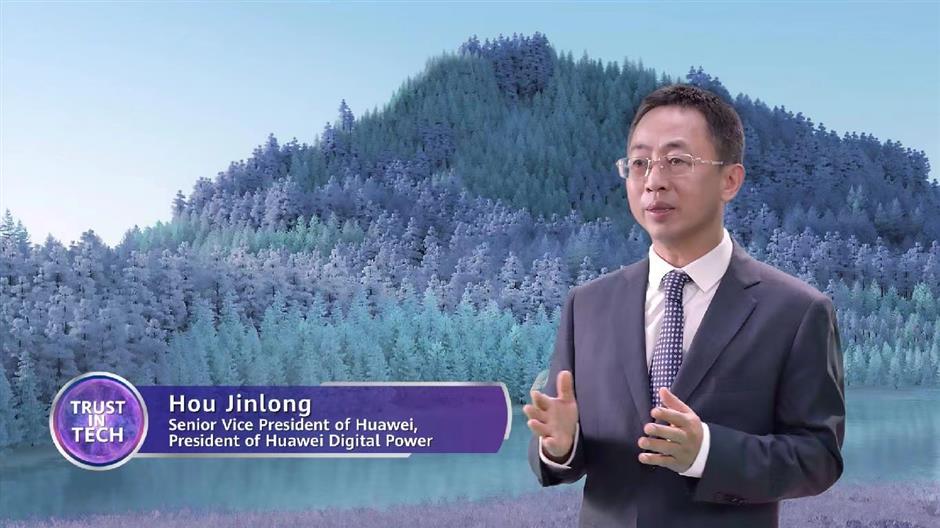 Huawei talked about its green industrial park plan in an online event.