The Shanghai integrated circuit industry reported a 17 percent jump in revenue in the first half of this year despite the challenges posed by the pandemic.

Local companies such as SMIC and Montage Technology reported strong fiscal results. However, SMIC, the largest chip maker on the Chinese mainland, warned of the possibility of an industry-wide cyclical pullback.

Shanghai's integrated circuit revenue reached 120 billion yuan (US$18.5 billion) in the first half, with total annual revenue expected to reach 300 billion yuan, a 20 percent increase over 2021.

According to Fu Xinhua, vice director of the Shanghai Commission of Economy and Informatization, the city has 1,200 core integrated circuit firms and 40 percent of the industry's talent nationwide, making the city home to a complete chip ecosystem. 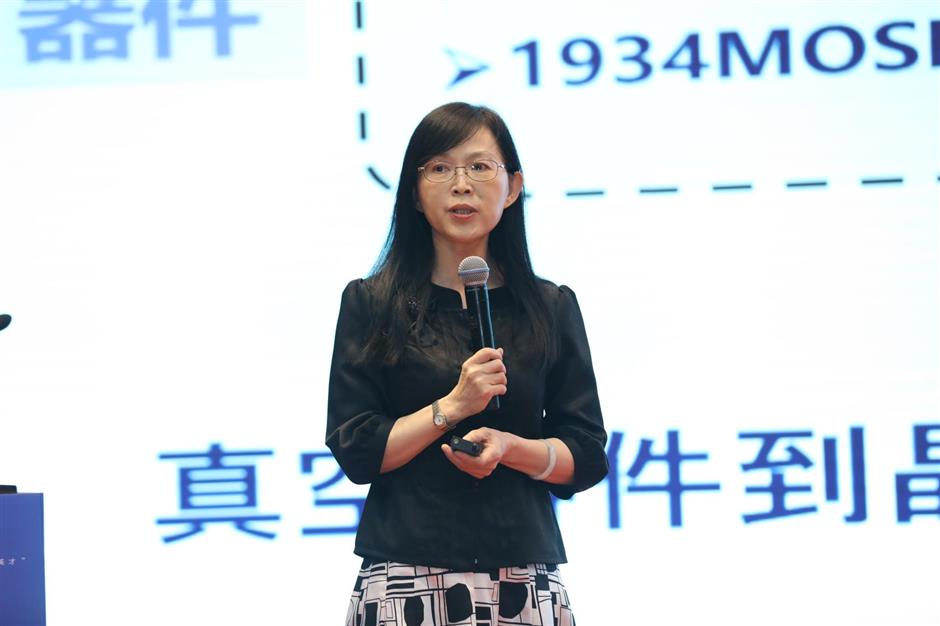 A speaker from Fudan University delivers a lecture during the "Master Class" program on chip industry development and the latest innovations on Friday.

The results were better than expected despite the pandemic-led two-month lockdown in the city. The integrated circuit was among the first industries to resume production and operation after the lockdown, as chips are essential and central components for devices such as smartphones and automobiles.

Shanghai-based Semiconductor Manufacturing International Corp reported revenue of US$1.9 billion in the second quarter, representing a 41.6 percent increase year on year. The chipmaker also predicted a cyclical pullback in the industry until next year. However, it expects chip demand to continue to rise in the long run.

The US administration recently passed the Chips and Science Act, a massive US$280 billion chip subsidy bill. The new act, which is meant to help the US chip industry and encourage investment, should make the US more competitive with China.

But it will also force China to accelerate the development of its own domestic integrated circuit industry.