Service robots provide a glimpse into the future 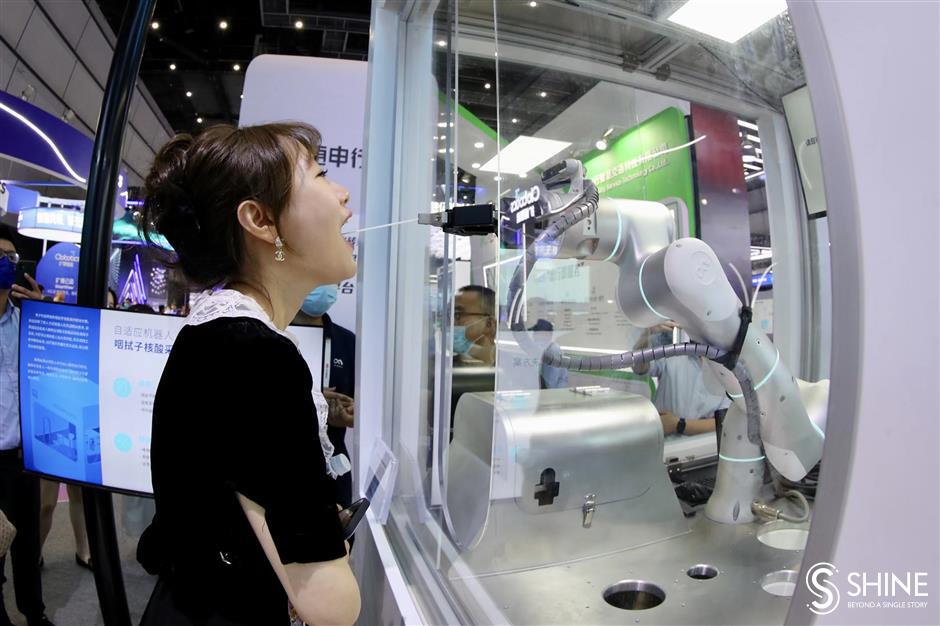 A visitor at the ongoing WAIC tries out the nucleic acid sampling (PCR) robot, which can take a sample in 28 seconds.

WAIC has evolved into a stage for demonstrating the capabilities of service robots and artificial intelligence, giving visitors a glimpse of what life will be like in the future.

Flexiv demonstrated its PCR robot, which features industrial-grade force control, computer vision, and other AI technologies, at its WAIC booth. It completes the sample-taking cycle within 28 seconds. In the future, it will be a new touch-less, safe, and efficient sampling method, but it still requires medical certification before being put on the market officially. 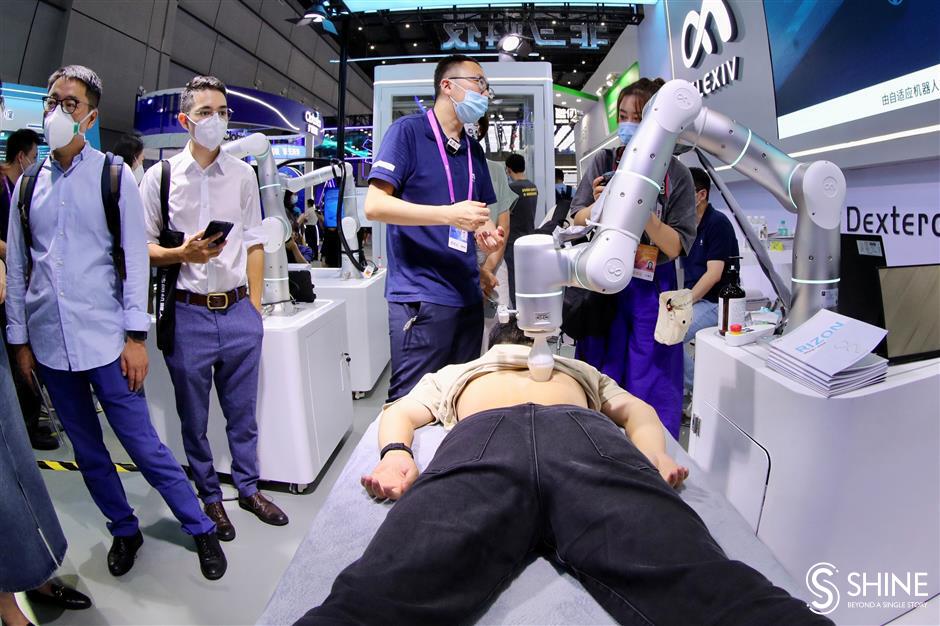 A massaging robot is put to test.

Flexiv's massage and therapy robot is also on display. It can do massaging tasks such as "pressing, pushing, and kneading muscles near the spine and waist."

ABB and Jaka showcased robots that could churn out ice creams and carry out other industrial tasks. HK-listed SenseTime's Xiangqi, or Chinese chess, master robot is a candy box-sized robot with 26 chess levels to match players of various skill levels. It is intended for children to learn tactics and to give company to the elders. 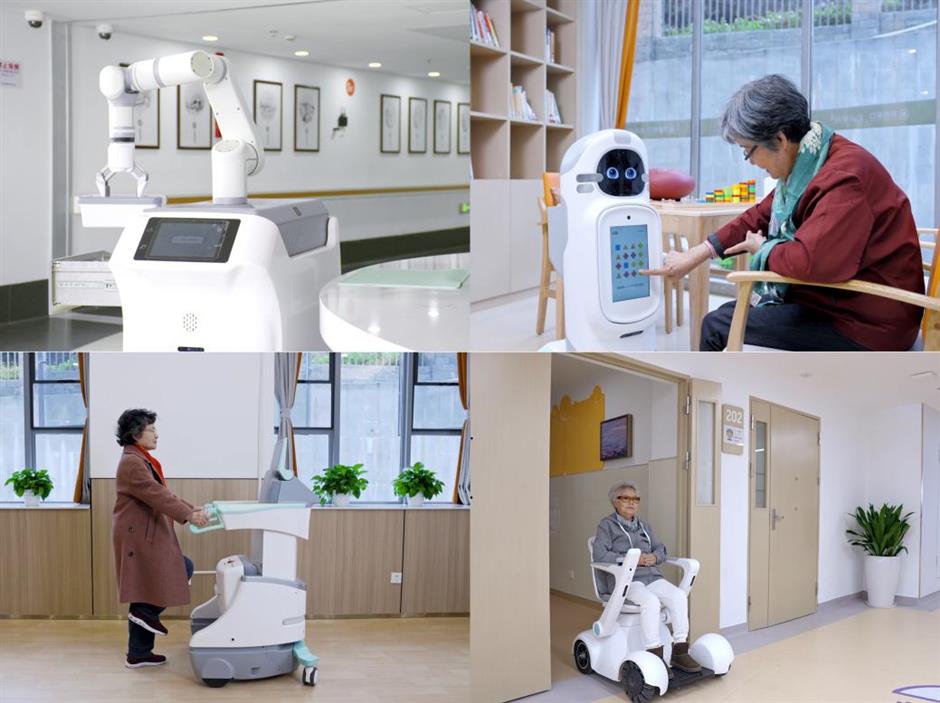 According to Tan Huan, co-chief technology officer at UBTech, the robots can serve as life care, security, memory care, and for spiritual requirements and medical rehabilitation. It is expected to play an important role in elderly care in the future.

It has huge market potential in China with its elderly care industry today accounting for 7 percent of national GDP.

According to the Chinese Institute of Electronics, the size of China's robot sector is forecast to reach US$17.4 billion by the end of 2022, with an annual average growth rate of 22 percent over the previous five years. 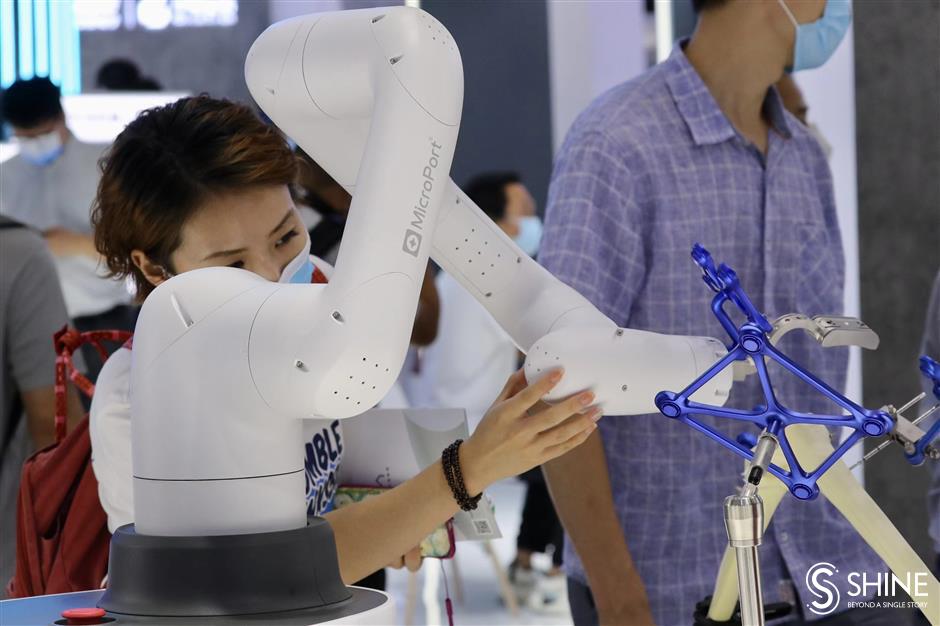 A visitor has a close look at an application at the WAIC show.