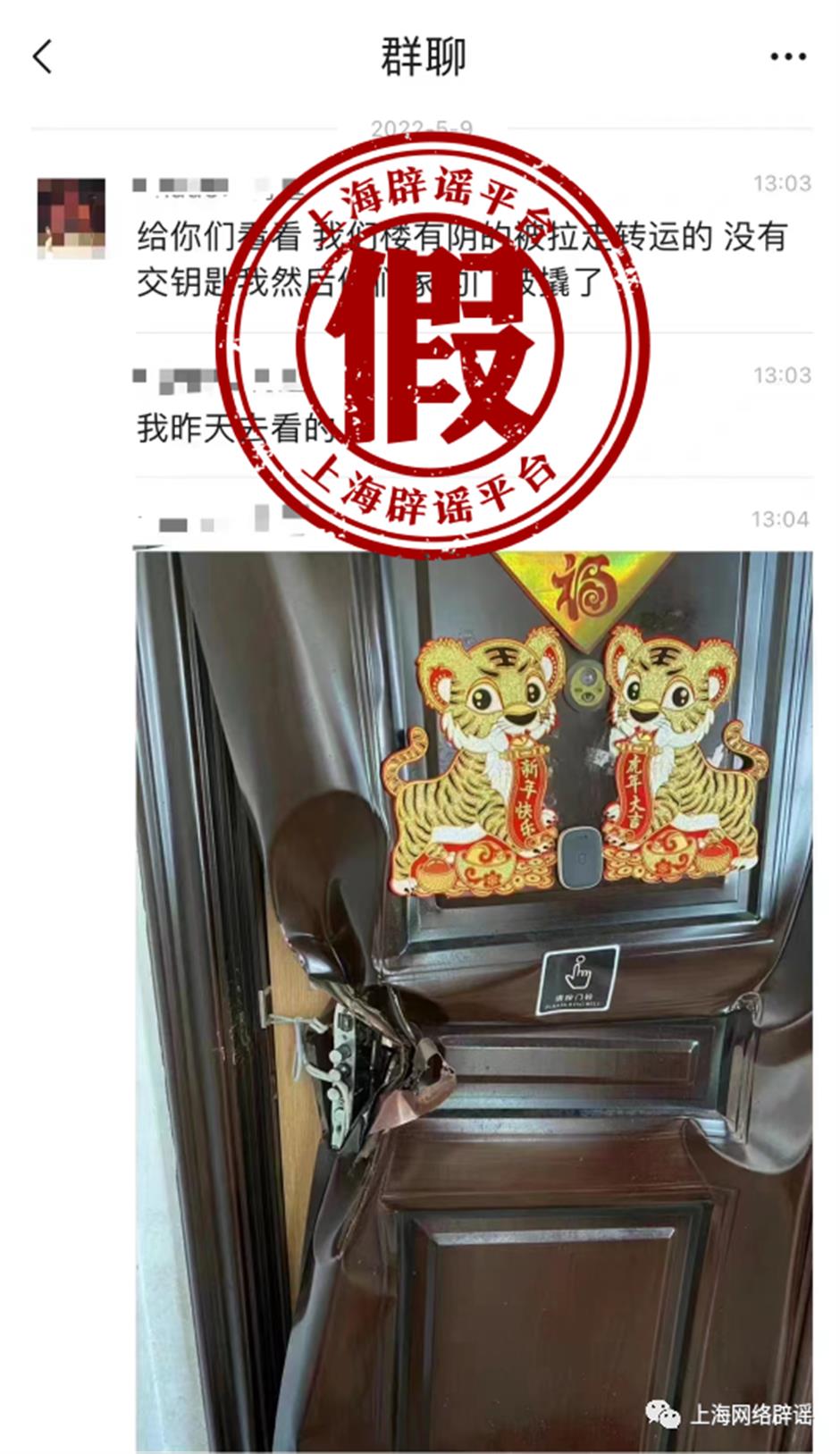 Claims that the disease prevention and control team tried to break into an apartment were refuted.

An online photo of a twisted door with comments claiming that the city's disease prevention and control team tried to break it open forcefully, has been debunked as a lie.

The photo, which was taken at a residential building in downtown Huangpu District, was posted in a WeChat group on Monday by one of the neighbors, who claimed that the door was forced open by the team as the owner, despite testing negative for COVID-19, was asked to move to central quarantine but refused to hand over the keys.

The owner dismissed the claims, police said. He said firefighters had to break into the apartment in late April after the owner had forgotten his keys while going down for a PCR test.