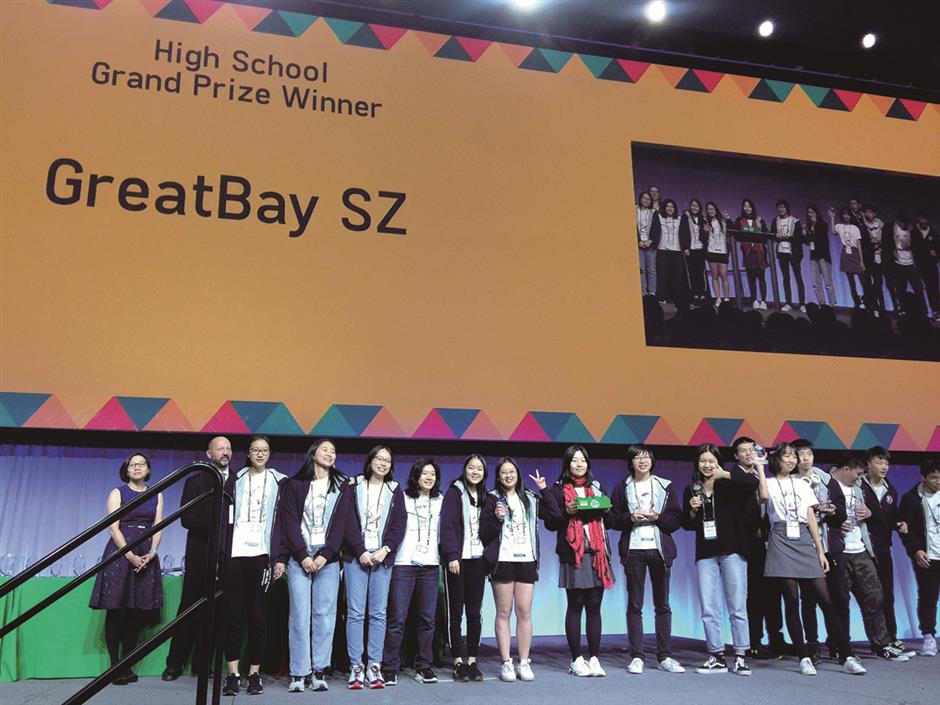 With a Spiderman-inspired silk cloth material creation, China’s GreatBay SZ from Shenzhen has stood out from 74 high schools and won the Grand Prize at the 2019 International Genetically Engineered Machine (iGEM) competition — the annual global event on synthetic biology hosted from October 31 to November 4 in Boston, US.

The NCKU Tainan team from Taiwan also won the Grand Prize in the undergraduate division.

Both teams have refreshed the best score Chinese teams have achieved at iGEM competitions.

The iGEM competition was developed out of student projects conducted during MIT’s Independent Activities Periods in 2003 and 2004.

Teams from outside the US took part in the competition for the first time in 2005.

Since then it has grown into a global competition with hundreds of teams taking part annually.

The GreatBay SZ team of 21 high school students and one instructor was supported by Bluepha, a synthetic biology company.

The winning project weaved a Spiderman battle suit by synthesizing spider silk protein in E coli BL21(DE3) and spinning it into a fiber by mimicking the natural way that a spider forms fibers from liquid protein, providing a novel approach for cloth production and exploring new possibilities for spider silk applications.