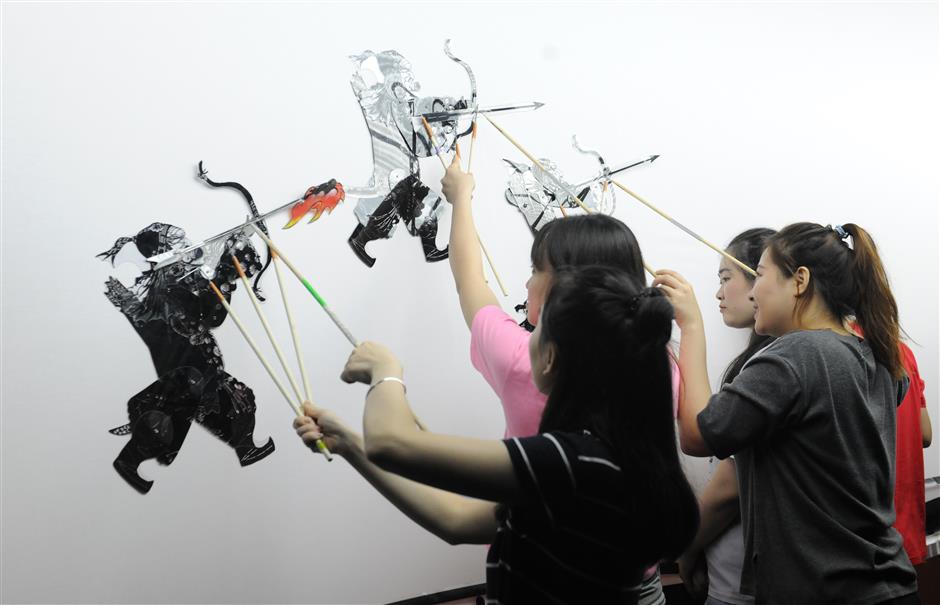 Puppets are limp, lifeless objects, but when the lights go on and a hush comes over the audience, they turn into animated characters with distinctive voices, movements and stories to tell.

“The most beautiful aspect of puppetry is making inanimate objects come alive,” says He Xiaoqiong, director of the Shanghai Puppet Theater and the only person to twice win the prestigious Jinshi Award for puppetry.

You can see the magic for yourself. On January 27, the puppet troupe is debuting a new show entitled “Nuwa Mends the Heaven,” co-produced with a Singaporean team. It will be staged at the Malanhua Theater on Huashan Road.

The timeless myth of Nuwa, who is said to have created mankind, will combine various styles of puppetry with modern visual effects in an “immersive” performance that will give audiences the chance to participate. 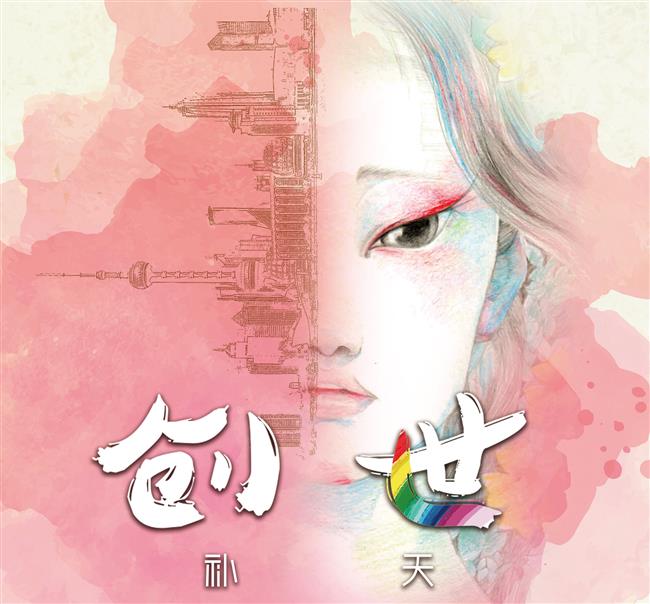 The new puppet show "Nuwa Mends the Heavens" will debut on January 27 at Malanhua Theater.

It’s a far cry from the puppetry of old. In China, the art form goes back 2,000 years. By the Song Dynasty (960-1279), old-style puppet shows were entertaining all social classes, though puppeteers themselves were considered low class.

Puppetry has never really lost its charm, perhaps because it’s an art form that resonates with children.

“Puppets, in fact, are spiritual,” says Lu Ping, an inheritor of the Shanghai-style puppetry. “If you treat them with respect, they will also be friendly to you.”

The Shanghai Puppet Theater, founded in 1960, has worked hard to keep that art form alive, evolving to keep in tune with the times.

The Shanghai theater is most famous for rod puppets, which were originally carved from wood but nowadays are made from lighter materials. Shanghai-style puppetry, or haipai Puppetry, was listed as a national cultural heritage art in 2011.

The secret to staying successful even as modern diversions elbow out old entertainment genres is keeping abreast of changing times and tastes. Shanghai Puppet Theater has turned from classic themes to contemporary topics, and from traditional staging to high-tech performances. 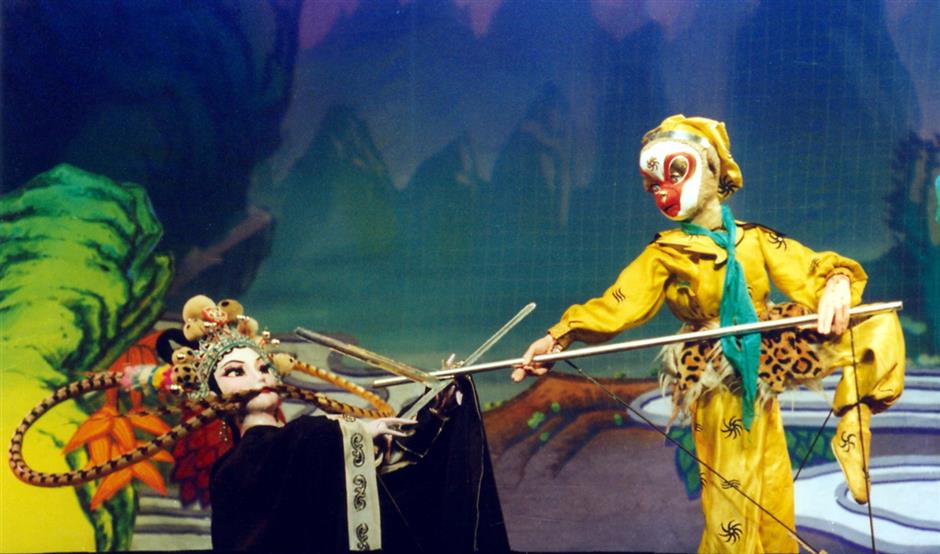 "Monkey King Subdues White Bone Demoness" was the first show in China to animate the lower parts of puppets.

According to He, Shanghai Puppet Theater in the 1960s and 70s improved the construction of rod puppets to give them movement from head to toe. The theater’s performance of “The Monkey King Subdues the White Bone Demoness” during that era was a big hit because of the innovation.

In the 1980s, the role of puppeteers changed. Rather than being merely behind-the-scenes manipulators, they became performers in the shows.

During the early years of her puppetry career, inheritor Lu says she used to watch performances from backstage. That was how she perfected the art of manipulating the puppets.

As the hands behind the principal puppet in the play “The Little Match Girl,” Lu says she tried to give expression to the puppet’s emotion through its animation. The head rotation, the movement of the mouth and the blink of an eye all conveyed what the puppet girl felt.

After the show, many children asked if they could hug the “little girl.”

Since the 1990s, Shanghai Puppet Theater has dabbled in experimental theater. Its black-light puppet was one of innovations of that era. Dressed in black against a black background, the puppeteers became invisible while the colors of the puppets were accentuated with the help of ultraviolet lighting.

Black-light puppets featured in the show “The Concerto of Spring,” which attempted to transform cloth into plants, animals and other properties so that all the features essentially became puppets.

“Feedback from Chinese audiences was far below our expectations when the show debuted,” He says. “However, foreign audiences loved it. Since then, locals have come to appreciate this form of theater, which requires imagination to form images.” 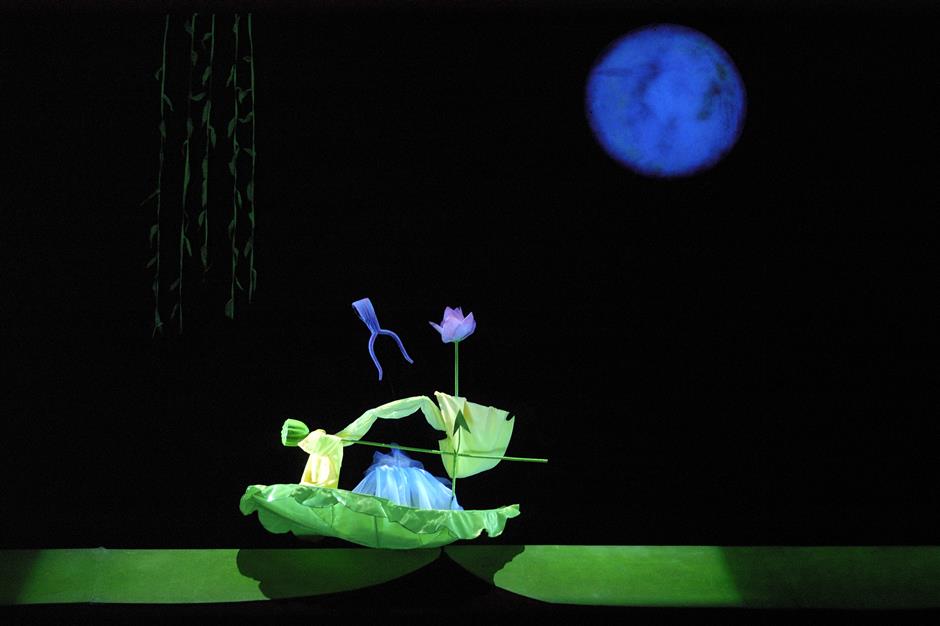 The innovative puppet show "The Concerto of Spring"

Today, Shanghai Puppet Theater is working with international troupes and artists from other fields of entertainment to offer new styles of shows.

Among its most lauded productions has been “Mulan,” directed by Chinese-American filmmaker Sherwood Hu. This new version of the legendary tale incorporated filmmaking techniques and modern anime. It won a special award at the 16th International Puppet Festival.

In the multimedia show, shadow puppets were made of transparent plastic and the story was staged in black and white, evoking the concept of Chinese ink-wash painting. It was a box-office success.

“Some people had their doubts about this new form of puppetry at the start, but they were soon won over,” says He. “‘Mulan’ was commercially successful, and we aim to produce more innovative plays.”

“My husband and I hadn’t seen a shadow play before and doubted whether my son would like it,” said one mother after the show. “We were 20 minutes late, in fact, because my son said he wasn’t interested in the story of Mulan and refused to go. But we finally got him there, and to our surprise, the show was fascinating and my son enjoyed it.” 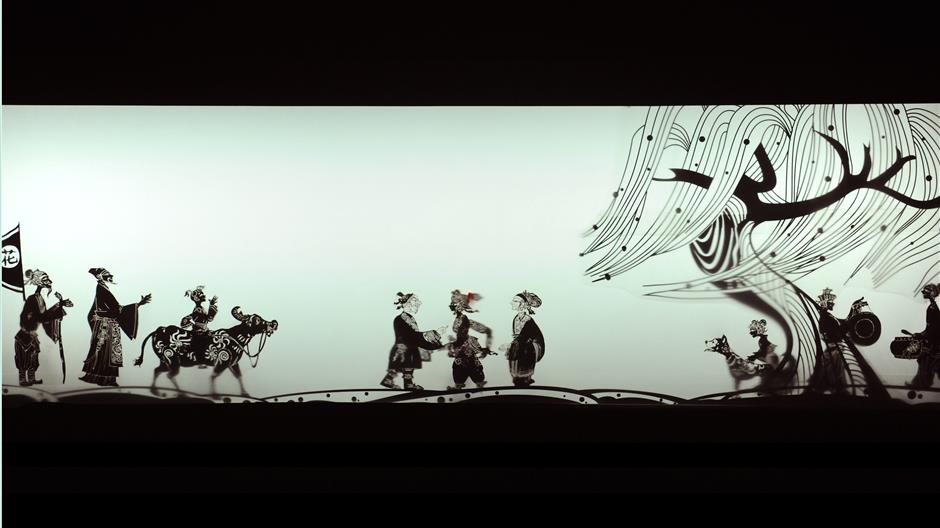 The theater’s home on Nanjing Road W. has a seating capacity of 230. It also has a smaller theater of 100 seats and an exhibition hall displaying 885 elaborate puppets.

In 2017, the state-owned troupe presented 520 performances, twice the number of similar-sized puppet troupes. The box office is the principal source of revenue, with some money coming in from government subsidies.

One of the biggest problems facing Shanghai Puppet Theater now is the lack of skilled practitioners. Puppetry requires multiple talents, including acting, singing and dancing.

To nurture new talent, the Shanghai Theater Academy established a course in puppetry in 2003.

“It normally takes eight years to train a qualified puppeteer,” He says. “A puppeteer needs to have both physical and mental capabilities.”

True to her words, He learnt how to dance the waltz, tango and foxtrot in order to perfectly present the puppet show “Masquerade.”

Shanghai Puppet Theater also works with schools, talking to students about puppetry and demonstrating how a production is mounted.

Under the guidance of the puppeteers, three junior high school students participated in the play “The Concerto of Spring,” which was a big hit at their school’s arts festival.

One of the students left a message for the Shanghai Puppet Theater: “There is always an unknown hero behind every puppet. This experience taught me that one minute on stage takes 10 years of practice.”

Free guided tours before the show and a workshop for children after the show to teach them how to make puppets have proven popular.

A 5-year-old boy nicknamed Mao Rongrong, who began seeing puppet shows three years ago, boasted that he can now make a puppet all by himself. He’s become quite the puppeteer at home, his parents said with pride.

“What we are doing is like ‘scattering seeds’ for the future,” He says. “We hope some of the children will be enchanted enough to want to become puppeteers.”