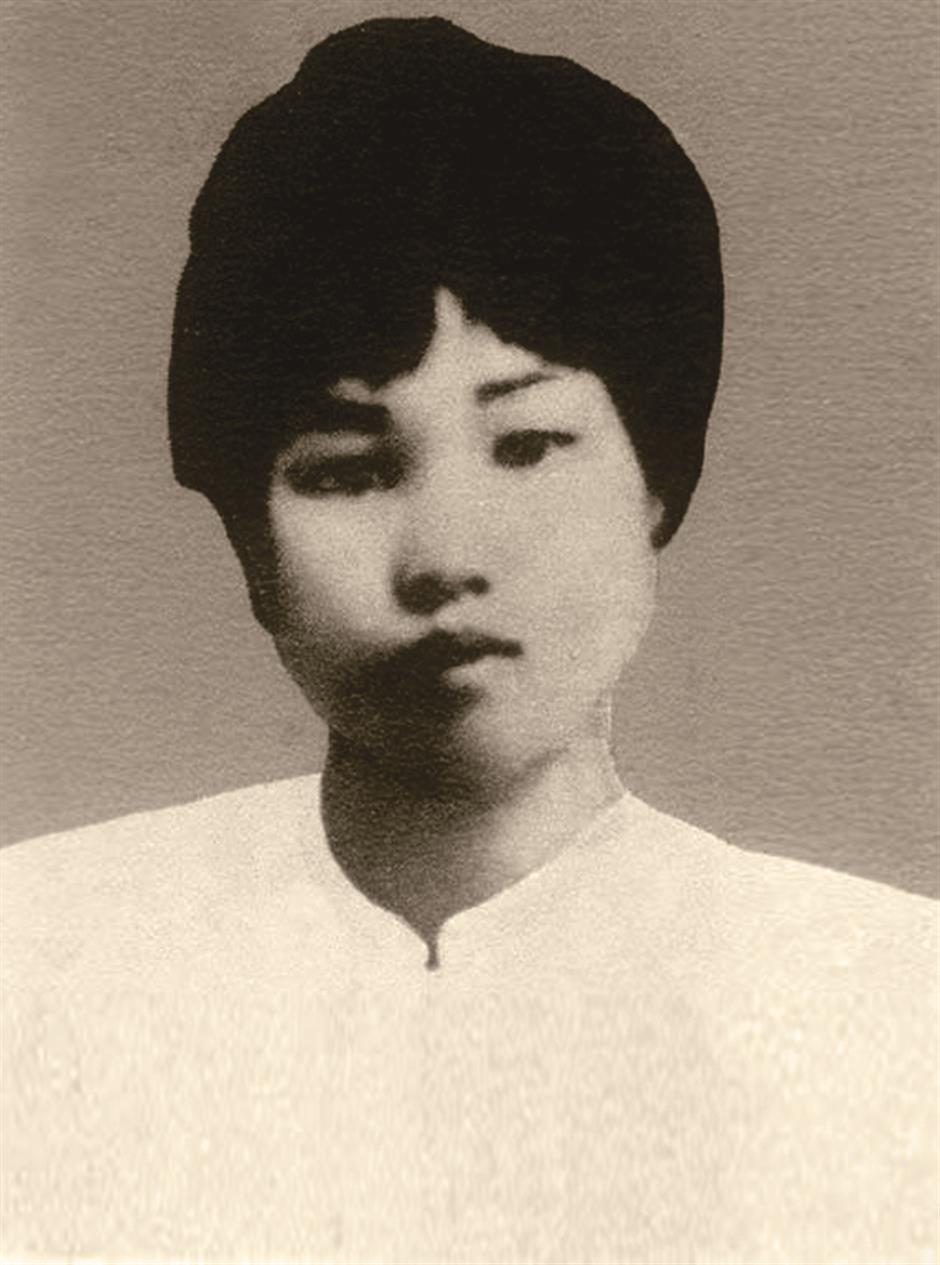 Yang Kaihui was a pioneer promoting the women’s liberation movement in China.

The second female Party member in the history of the Communist Party of China, Yang Kaihui ,was a pioneer promoting women’s liberation.

She was also wife of Mao Zedong (1893-1976), the first chairman of the People’s Republic of China, and had three children with Mao.

Born in the small village of Bancang, which is now named after her (Kaihui), in Changsha, Hunan Province in 1901, Yang had a very open-minded father, Yang Changji, a noble scholar and one of Mao’s favorite teachers.

While studying abroad, he wrote to his wife ordering her to get their daughter into a good school. Yang was the first girl to receive an education in Bancang.Encouraged by Yang, her mother also went to school after the The Revolution of 1911.

Yang’s father returned to the motherland in 1913 and became a teacher at the Hunan Provincial First Normal School in Changsha where he encountered Mao.

Taught by her father at home, Yang Kaihui always listened carefully to the dialogues among her father and students who often visited her family to discuss how to save the country and the people.

In 1918, Yang’s father gained a job at the Peking University and the family moved to Beijing. Soon after, Mao came and stayed in the teacher’s house. During her father’s illness, Yang read to him every day. The influential Chinese magazine “La Jeunesse” was a must, which also allowed Yang to absorb many progressive ideas.

Returning to her hometown after her father’s death in 1920, Yang entered a missionary girls’ school where she refused to go to church but organized several movements. Kicked out of the school, Yang attended a boys’ school along with five other girls.

Mao supported Yang’s decision and the couple married in the winter of 1920. It is said that they didn’t hold a wedding ceremony. Without any dowry, Yang, carrying a small suitcase, lived with Mao.

Yang gave birth to their first child in October 1922, and their second child was born a year later. In 1924, Yang and her two children were reunited with Mao in Shanghai where Yang organized evening classes for women at a cotton mill. Yang even learnt to speak Shanghainese in order to lecture. She also taught evening classes in rural areas.

In 1927, their third son was born. In the same year, Mao inspected the farmers movement in Hunan Province and after that the couple never saw each other again. Although she lived alone, the courageous woman remained at the forefront of the struggle for liberation.

In 1930, Yang sneaked back into Bancang where her mother and children lived but was found and captured by the Kuomintang. Despite being tortured, she refused to confess to any crime but said “chopping off the head is like the passing of the wind — death could frighten cowards, but not our Communists.”

A number of celebrities bailed her out. Under pressure, officials of the KMT specified that Yang must break off relations with Mao. Yang expressed firm opposition to it.

Refusing to withdraw from the CPC or cut off relations with Mao, Yang was executed on 14 November 1930 in Changsha at the age of 29.