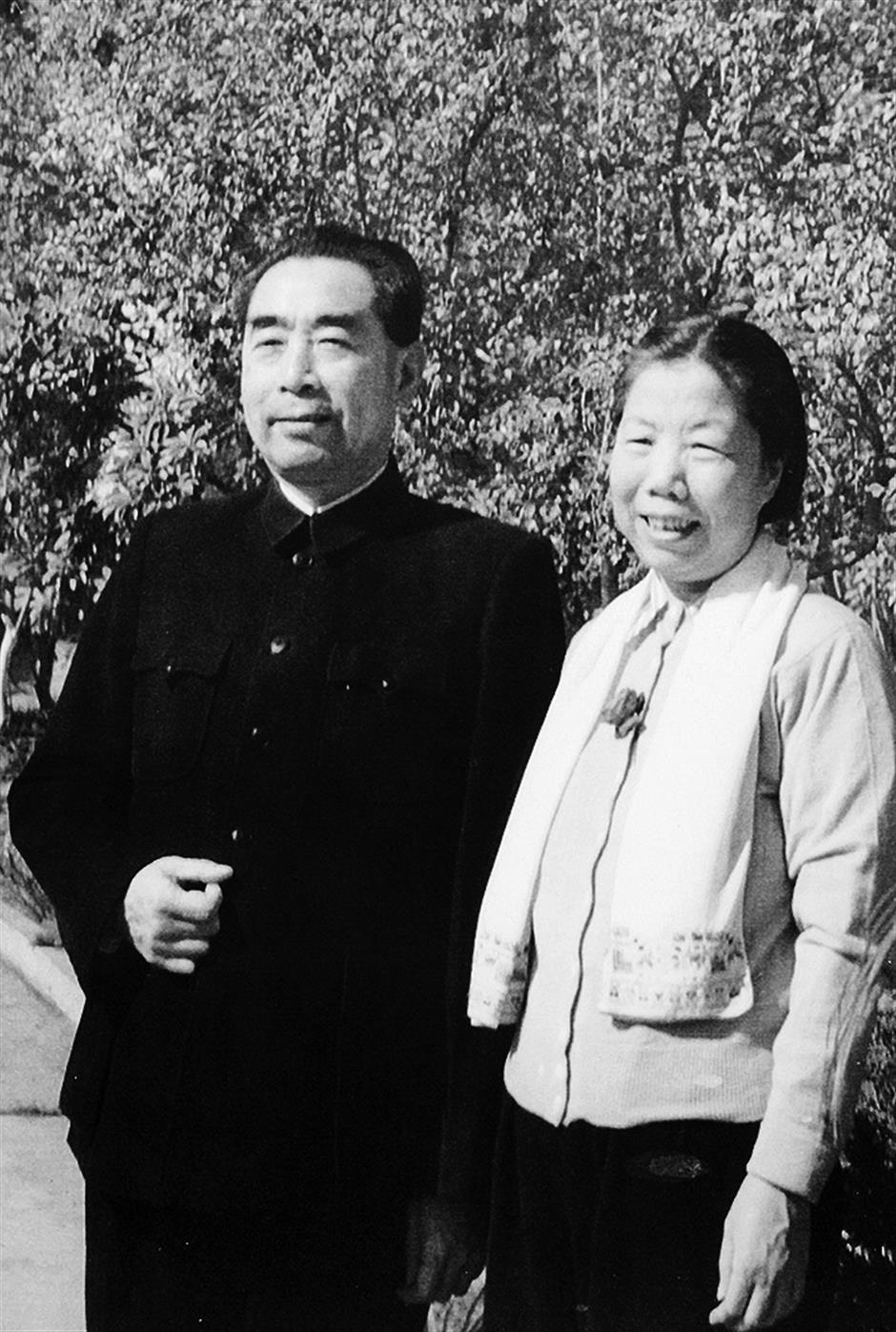 Deng Yingchao, a revolutionist and a women’s rights pioneer, with her husband Zhou Enlai

Deng Yingchao, one of the most influential women in the 20th century in China, was a high-ranking official of the Chinese Communist Party, a revolutionist, a women’s right pioneer and the wife of the first China’s premier, Zhou Enlai (1898-1976).

Born on February 4 , 1904 in Nanning, Guangxi Zhuang Autonomous Region, she was born Deng Wenshu. She changed her name after attending school.

Deng lost her father at an early age and was raised by her mother Yang Zhende who made a living by practicing medicine and tutoring.

Though she grew up in an impoverished family, Deng received quality education in Beijing and Tianjin from 1913 to 1920. Later, she taught in a primary school in Beijing and a girls’ school in Tianjin.

Taking part in the May Fourth Movement pushing for social reform, Deng was dedicated to democratic revolutions.

She was one of founders of the Tianjin Women’s Patriotic Comrade Association. At the age of15, Deng, as a student leader, established the “Juewu She,” a progressive student group, along with Zhou and about 20 young revolutionaries.

Deng joined the CPC in 1925 and married Zhou the same year. She became committed to boosting women’s rights. The couple had no children but adopted several offsprings of revolutionary martyrs.

After the “White Terror” massacres under the orders of Chiang Kai-shek (1887-1975) in 1927, Deng worked underground in Shanghai for five years.

After the outbreak of the war against Japanese aggression in 1937, Deng was sent to Wuhan and Chongqing to lead women’s organizations.

After the war, Deng was elected a member of the International Democratic Women’s Federation.

The first Chinese Women’s National Congress was held in March 1949. Deng was elected vice-chairwoman of the First All-China Democratic Women’s Federation. She was re-elected at the next two congresses.

Throughout her life, Deng worked hard for gender equality and the protection of children.

In the early 1950s, she helped draft the first marriage law, which guaranteed women’s freedom of marriage. She said frequently she would not stop fighting for women’s rights until she died.

During the “cultural revolution” (1966-76), Deng assisted her husband to fight against the counter-revolutionary groups of Lin Biao and Jiang Qing.

After Zhou died in 1976, she focused on building a bridge of friendship among people around the world.

Visiting many foreign parliaments and meeting with a number of visiting foreign guests, Deng became the honorary chairwoman of the Chinese People’s Association for Friendship with Foreign Countries in 1982.

From 1983 to 1988, Deng served as the chairwoman of the Chinese People’s Political Consultative Conference.