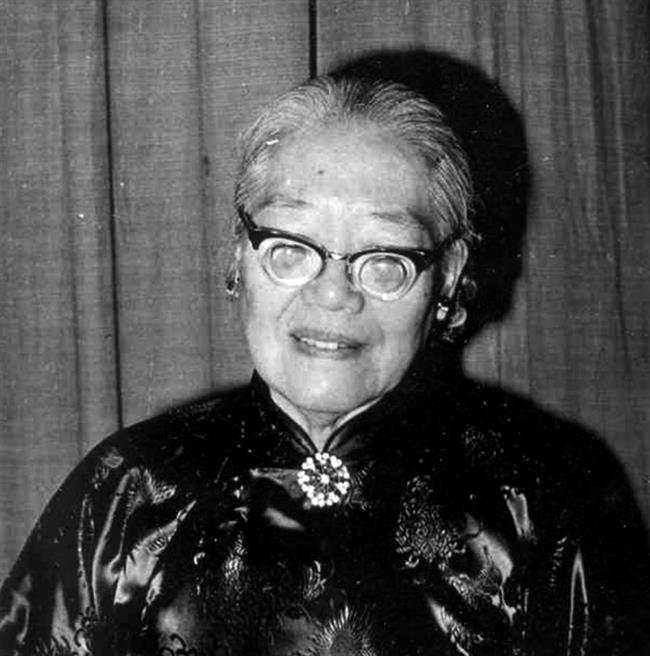 In 1916, Zeng Baosun became the first Chinese woman to receive the Bachelor of Science degree abroad.

Zeng Baosun, the great-granddaughter of Zeng Guofan, who was a Chinese statesman and military general in the late Qing Dynasty (1644-1911), devoted all her life to education.

Zeng, courtesy name Pingfang, literary name Haoru, was born into an illustrious family in 1893 in Beijing.

Her father Zeng Zhongbo, the eldest grandchild of Zeng Guofan, became jinshi or Presented Scholar, the highest degree of imperial examination, while her grandfather, Zeng Jihong, was a renowned mathematician. Zeng Baosun’s open-minded father had a great impact on her life. He did not allow her to get foot binding nor have an arranged marriage. He permitted his daughter to become a Christian and study abroad.

Zeng began her education in the family school at the age of four. She moved to Shanghai at 14 and studied at a girls’ school established by American Baptists. She then moved to the Wu Pen Girls’ school, the first independent girls’ school established by Chinese in the 20th century, and the Hangzhou Women’s Normal School in Zhejiang Province. Later, Zeng entered the Mary Vaughan High School, founded by the Anglican Communion, from where she met the British headmistress Louise Barnes. Influenced by Barnes, Zeng converted to Christianity and got baptized at the school. However, at the very beginning, Zeng was unhappy about many of the school’s practices and launched a newspaper to publish her opinions. Instead of being angry, Barnes discussed with Zeng about her thoughts.

When Barnes returned to Britain for a one-year vacation in 1912, she invited Zeng to go with her and study abroad.

Zeng’s father agreed with the proposal while Zeng’s grandmother put forward a condition that Barnes must bring Zeng back when she returned to China a year later.

In April of the same year, they left for the UK. Zeng began to study English at Blackheath High School in London and took chemistry and biology as elective courses. In September 1913, Zeng was enrolled in Westfield College of the University of London, where she studied biology, chemistry and mathematics.

Barnes should have continued her work in China for another five years but decided to accompany Zeng to London regardless of losing her pension.

Graduating in 1916, Zeng became the first Chinese woman to receive the Bachelor of Science degree abroad.

Zeng continued her studies at Cambridge University and Oxford University. With the ambition of running a school in China, Zeng took a teachers’ training course in London for another year. During this period, Zeng was kept herself busy raising money for the future school with Barnes.

Returning to Changsha in Hunan Province, Zeng and Barnes established Yifang School in September in 1918. Absorbing the essence of Western and Eastern education, Zeng held the post of headmistress as well as working as an English and biology teacher. Her brother Zeng Yuenong, was an English, mathematics, physics and chemistry teacher.

The school followed a democratic principle that all the resolutions were made by teachers and students together. Furthermore, the school’s accounts could be checked by any student.

Students would neither be expelled nor punished. Instead, teachers would talk with students about problems or discipline.

After the outbreak of the Anti-Japanese War, Zeng fled to Hong Kong for a period along with her brother. They returned to Changsha after the war and reestablished Yifang School.

In 1949, the family’s siblings moved to Hong Kong, taking with them four large boxes of their predecessors’ diaries. Two years later, they settled in Taiwan.

In 1971, these valuable documents were given to the National Palace Museum to show to the public.