Code of happiness and the Bird of the Sun 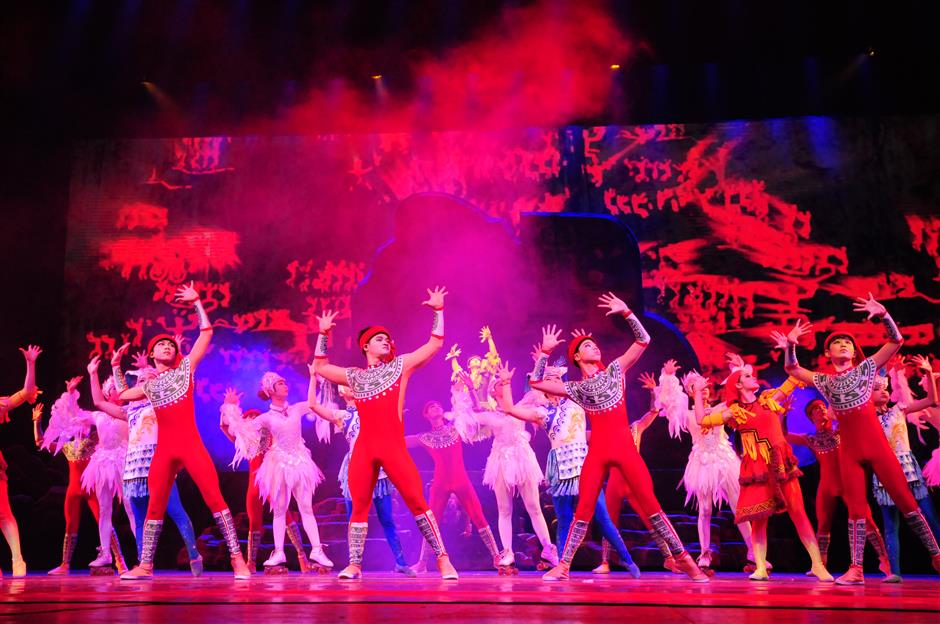 Combining acrobatics, magic, dance and drama, the “Hundred-birds Dress” opens a world of wonders during the 12th China Art Festival.

Inspired by the legend of the Bird of the Sun from the Guangxi Zhuang Autonomous Region, the show tells the story of how bronze drum maker Gu Ka went through hardships and hazards and finally painted the code of happiness on a cliff with the help of the magic power of the hundred-birds dress from the holy bird.

The creative team from the Guangxi Acrobatics Troupe has integrated acrobatic skills and performing arts into the drama’s plots and scenes.

In the first scene, “Drum Making,” the audience watches a group of Zhuang ethnic girls in traditional dress play the drums with their feet, while in another scene, an actor and actress swing in a big loop in mid-air, like birds flying through the sky.

To show the grandeur of hundreds of birds surrounding the Bird of the Sun, dozens of acrobats spin plates in their hands and on their tiptoes.

Magic is also used in the performance. In one scene, the Bird of the Sun, by flapping her wings, makes the whole stage bloom with flowers within seconds. In another scene, a priest conjures up sacrifices by wielding his stick.