Just for the record: Some of us prefer phonograph music 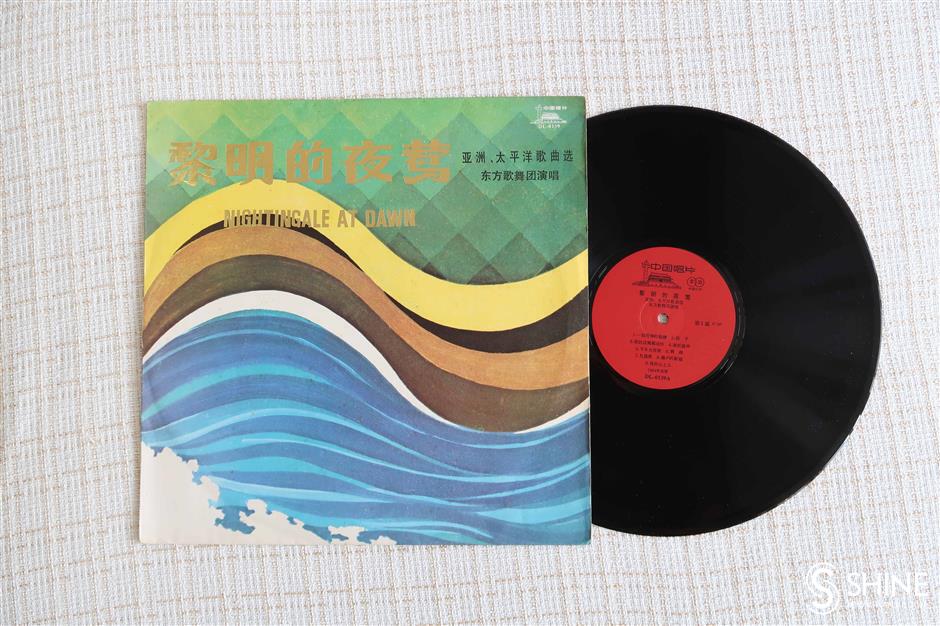 A selection of songs from across Asia and Oceania 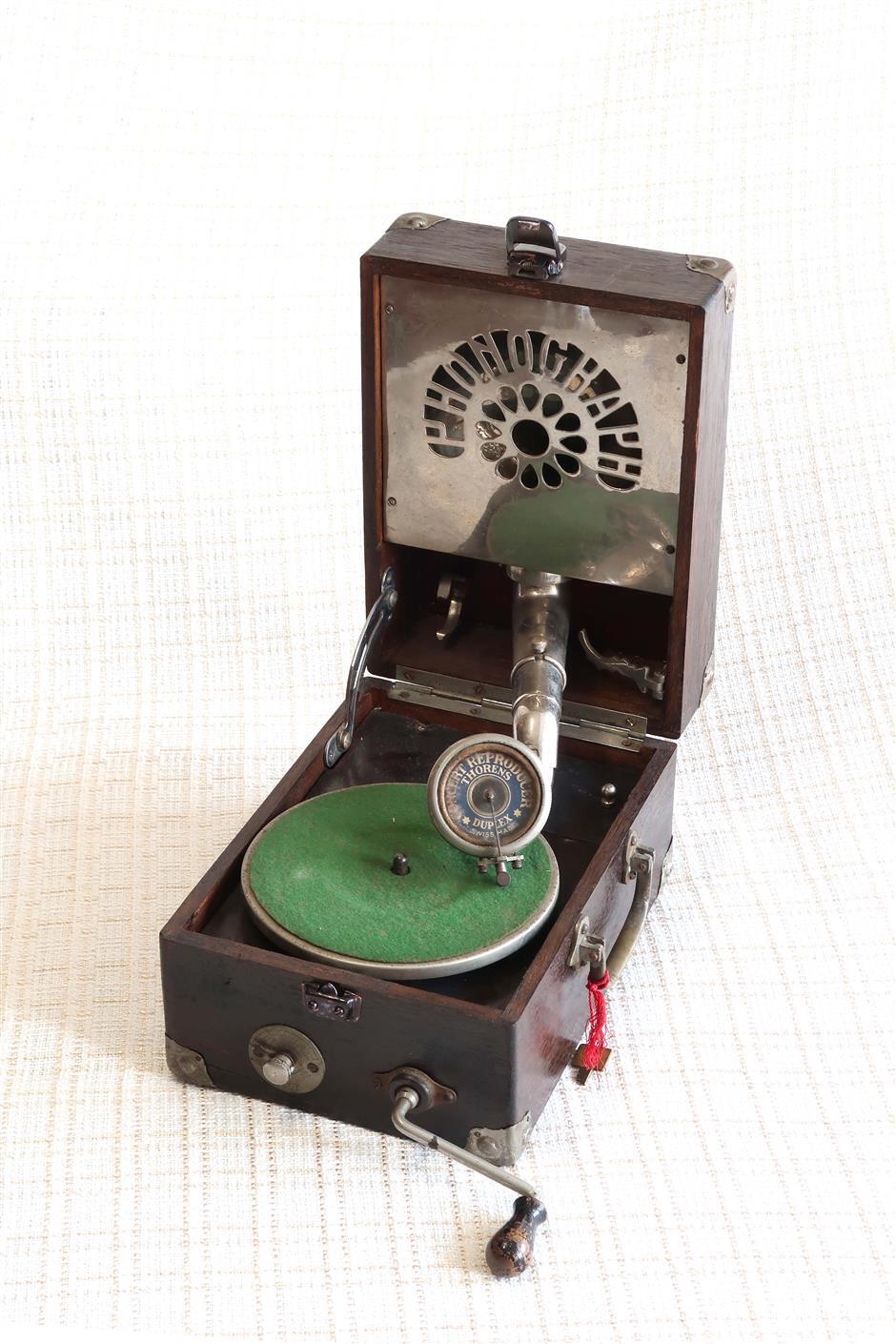 An antique portable wind-up gramophone made in Switzerland

In the contemporary digital world, pure old analog acoustics are a rare pleasure.

Just ask Feng Shuhua, 77, who has three phonographs in his living room and a massive collection of old vinyl records.

“The black disc is, in fact, just a carrier,” he explained to me. “The most valuable aspects of old vinyl recordings are the historic audio resources they carry.”

One record in his collection features the sounds of various fish in the sea. Once owned by a scientific research institute in China, the vinyl record was for internal use rather than public playing.

According to Feng, the record also had military significance, enabling experts to determine if any submarines were present in the sea area.

Another old vinyl record from Ruijin Hospital and Shanghai Normal University was used in administering hearing tests. Listeners had to write down the words they heard.

“Though we can find numerous written materials in libraries, there are many secrets still waiting to be found among antique vinyl recordings,” said Feng.

Vinyl records were invented by German-born American Emile Berliner in 1891, spawning an industry that once flourished in Shanghai. The first Shanghai-based record company was Pathé Orient, established by Frenchman E. Labansat in 1908.

In the early 1900s, he operated a stall selling vinyl records on what is today’s Xizang Road. To attract customers, he carefully selected the records. The most popular was one featuring different foreigners laughing — giggles, guffaws, chuckles and chortles. People were asked to pay 10 coins to hear it played.

In the first few years, semi-finished vinyl records were sent back to Paris after musical performances were recorded in China because there were no facilities here. In 1917, China’s first recording studio was founded by Pathé Records. Located in today’s Xujiahui Park, the red-brick studio is still standing.

“Most of my vinyl records are associated with China — like Chinese music, traditional operas, recordings manufactured in China and recordings of Chinese artists performing overseas,” said Feng. “My collection isn’t a popular type, let alone the collection of Chinese records.”

Feng said he liked building blocks and making models when he was young. He often went to a market near the Great Theatre of China to buy parts and assemble machines by himself. He once helped people living in the countryside to assemble crystal radios.

“The Xinhua Bookstore played vinyl records when I was young,” said Feng. “I watched other customers buy the records. Gradually, I fell in love with them in the 1960s because the records allowed me to enjoy the songs and operas over and over again.”

A member of Shanghai Collection Association, Feng has collected thousands of records. In his sea of vinyls, many records stand as testament to the friendship and cultural exchanges between China and other countries.

One of them is a record album by American singer Paul Robeson called “Chee Lai” which means “stand up.” The climax of the lyrics of the March of the Volunteers is the national anthem of China.

Taught by Liu Liangmo, a musician known for his promotion of the patriotic mass singing movement, Robeson sang the song in rusty Chinese in an open-air concert in New York in 1941. He then had it translated it into English and published the record. Feng found the treasure online and bought it from a foreign collector in 2005.

Gently placing a record on one of his turntables and carefully lowering the tone arm on it, Feng played a household song called “Rose, Rose, I Love You” for me. Unexpectedly, it was sung in English.

“The singer was Frankie Laine from America,” said Feng. “The record was made in the UK by Columbia Records in the 1950s. The song was originally sung by Yao Lee, a famous Chinese singer.”

“Listen to the sound. It is glutinous and warm,” said Feng.

With the hum of the needle along the record grooves, the sound filling the room was indeed nostalgic, romantic and real. Closing my eyes, I felt like I was sitting in a concert hall. Audience applause and even the crackling sound of the old recording all added texture to the experience.

Feng said the record jackets of China-produced recordings were well designed with themes, while those made in Western countries often featured the photos of performers.

“I collect vinyl records because I like music,” he said. “Now I have a social responsibility to share these historic audio resources with the public.”

Instead of establishing a private museum like so many avid collectors do, Feng lends records to radio stations and collects audio data. He once “extracted” different sounds, such as tram bells, a vendor’s hawking and the bell at the Bund, from old vinyl records and made a CD about the sounds of Shanghai for the 2010 World Expo.