To mark the 90th anniversary of the birth of French thinker Jean Baudrillard (1929-2007), a photography exhibition titled “Car l’illusion ne s’oppose pas à la réalité ..." (For Illusion is not the Opposite of Reality ...) is under way at the city’s Power Station of Art through the end of September.

Curated by Dawei Fei and Baudrillard’s wife Marine, the exhibition features nearly 50 photographic works produced throughout Baudrillard’s career, plus video, photo albums and extracts of his writings on art and theory.

Framed within the visual landscape of Baudrillard’s photographic practice, visitors will be invited to rethink his vast and unique contribution to the history of philosophy.

Previously exhibited at the Lianzhou Foto, the Guangdong Times Museum and the CAFA Art Museum in Beijing, the newly updated exhibition in Shanghai explores the convergence of Baudrillard’s theoretical and photographic practice, revealing a confrontation between illusion and reality.

Baudrillard has often been described as “The High Priest of Postmodernism.” His theory of simulacra, symbolic consumption and symbolic exchange has become an indispensable foundation of post-modern cultural research. He believed that in the society of consumerism, symbolized goods and “hyper-reality” symbolic logic shattered the stability of the subject, and disrupted any fixed definition of truth and meaning.

His attitude to photography was also unique.

Just as he insisted that he was “not a philosopher,” Baudrillard always maintained an “amateur” vision of photography.

After acquiring a camera by chance in the early 1980s in Japan, he began to pursue his theoretical practice through the medium of photography. Taking the camera with him on academic exchanges or personal trips, he focused on snapshots of daily life. Yet, human figures are distinctively absent from these images. In a series of “scenes” and “objects,” urban and domestic environments unwittingly give visual form to reflect his philosophical ideas.

“Baudrillard completely rejected the objective approach,” Gu Zheng, one of China’s top photographic art critics, said. “Instead he explored the nature of photography from the perspective of the object being photographed.”

In a 1998 essay, after which this exhibition takes its name, Baudrillard argued that photography is the “art of disappearing. Only what comes into being in the mode of disappearance is truly other.”

He also made it clear that the “disappearing” of which he speaks is not the disappearing of things in nature, such as the depletion of natural resources or the extinction of species, which are natural phenomena, but rather an “invention” of human beings — it is disappearance as a type of “art.”

In his eyes, photography represents the loss of identity.

“I find that when I shoot, the subject and I are actually in a reciprocal and seductive relationship,” he said. “Here, the subject and object no longer have a separate existence and instead become an integral whole. I was attracted by this kind of integrity and became interested in photography.” 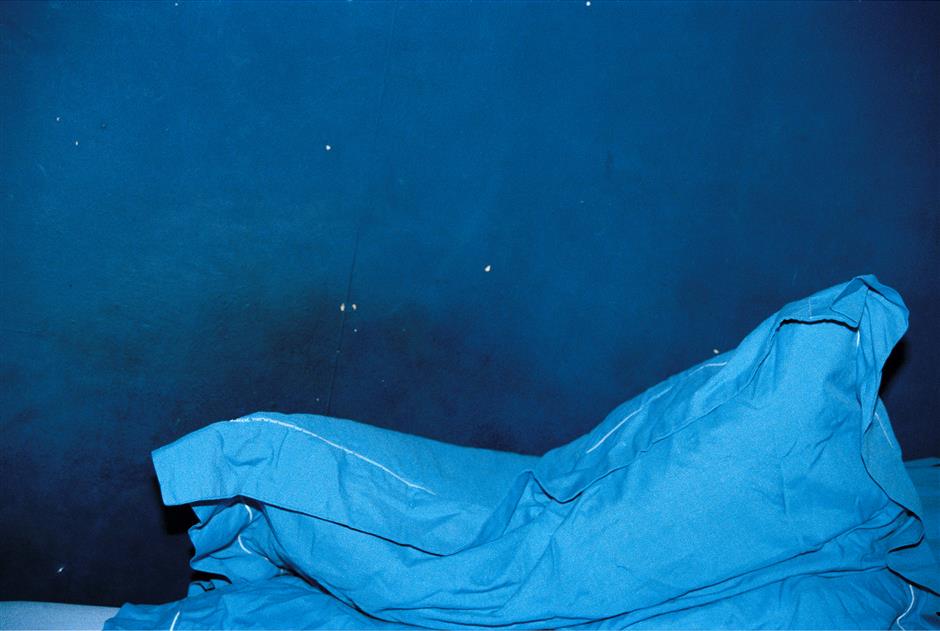