Weaving a thread through time and history

A wide scope of antiques and archives, continuous exhibitions, a myriad of natural dyeing plants and traditional silkworm breeding — just some of what Hangzhou’s China Silk Museum offers to visitors all year around.

Shanghai Daily visited the museum and discovered a mulberry garden. The mulberry leaf is a sole food source for silkworms and a bed to make their silk cocoon. 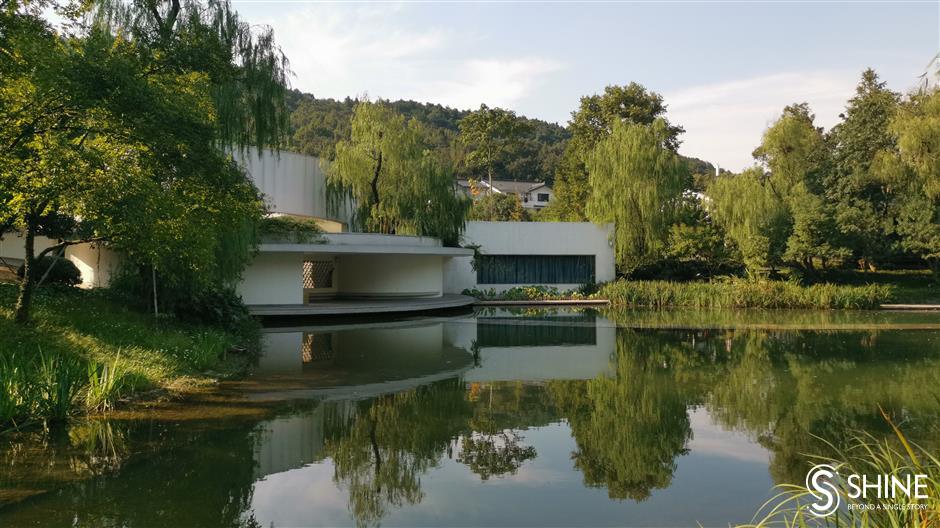 The garden and pond of China Silk Museum 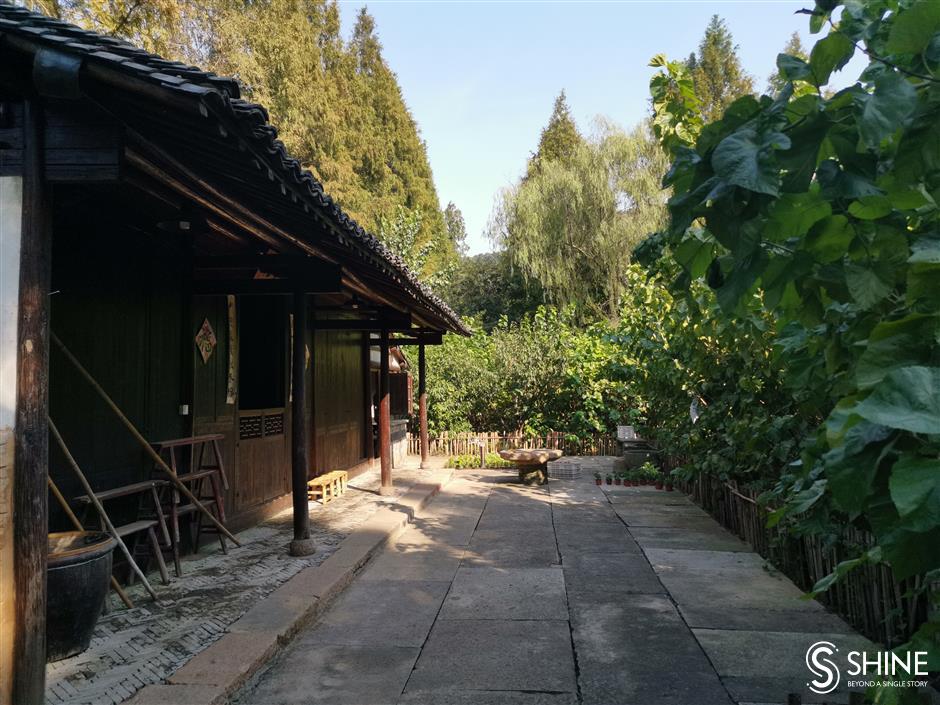 A traditional folk house is taken as an incubator for silkworms.

Hangzhou has been a traditional production center of silk for centuries and once boasted a large area of mulberry plantations.

The mulberry garden takes people back to those ancient times when locals made a living on producing silk. A traditional folk house is taken as an incubator. If visitors visit in spring they can see workers take care of the worms and cocoons.

In a bid to turn silk into textile products, Chinese ancestors invented a series of wooden looms according to different mechanics. Visitors can witness dozens of those olden looms in the museum.

Primitive looms go back 7,000 years. During the Qin (221-206 BC) and Han (206 BC-AD 220) dynasties, treadle and multi-heddle looms came into being, which was considered to be the pinnacle of weaving technology at the time.

Exchanges along the Silk Road gave a boost to loom development. In the Tang Dynasty (AD 618-907), the form of looms was fixed and flourished through the subsequent dynasties. Meanwhile, minority ethnics living on the borders also invented their own versions, enriching China’s weaving history and technology.

The exhibition reveals that multi-shaft looms made it possible for ancient people to weave different patterns on textile. The heddle-and-shaft system allowed weavers to repeat different patterns at intervals, which largely ornamented textile products.

Chinese looms, such as the back-strap loom, also had a positive influence on other countries. Its original type was created in the Han Dynasty and improved throughout the centuries. After spreading to the Southeast Asian countries, it made a great contribution to the local textile industry.

Ancient Hangzhou locals created a new weaving method that changed the traditional structure of warps and wefts. A twist was formed on the warp yarn and then a weft was inserted through. 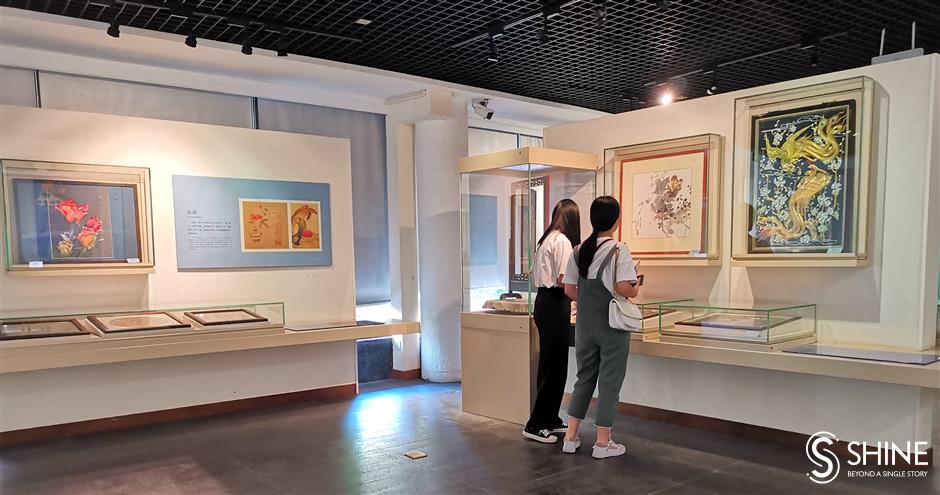 Two visitors have a close look at the embroidery works at the museum. 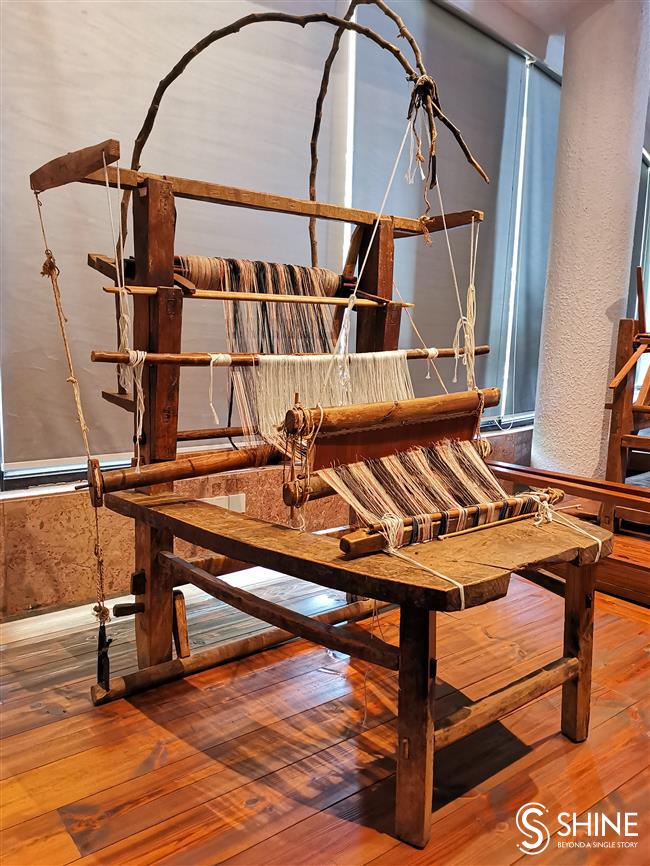 This is called the hangluo variety of silk, which is characterized by its light, breathable properties, perfect material for summer clothes. The museum displays the ancient hangluo loom, reflecting Hangzhou ancestor’s wisdom.

Embroidery is also an integral part of silk history. The country has a long tradition of embroidery and is famed for its own intricate and time-consuming style. Handmade embroidery is considered by many people as a typical representation of traditional crafts.

With an abundance of silk and an ancient tradition of needlework, Zhejiang Province developed its own skill. The museum mainly showcases Zhejiang local styles on the site.

To create intricate pieces, embroiderers use tiny needles and sometimes separate a single thread into several finer ones, each thinner than a human hair. Embroidery is a time-consuming craft, and craftspeople can spend up to a year on a major work. The museum displays these masterpieces from craft masters across the province.

Hand-sewn embroidery stitched with golden and silver thread — jinyin caixiu (金银彩绣) — is a national intangible heritage in Ningbo, Zhejiang Province. Compared to its counterparts in the museum, it features more ornate patterns and auspicious themes by using bright-hued thread and brocade.

Authentic jinyin caixiu features a dozen stitching types, sharing some similarities with counterparts across the country, but distinguished by outlines with a gold and silver thread.

In an effort to make textile more colorful, the Shang Dynasty (16th century-11th century BC) forefathers created a dyeing world of five colors — white, red, yellow, blue and black — through using natural minerals and plants. The museum carves out an exhibition pavilion to show ancient dyeing materials and encourages kids to dye by hand on the spot.

In the Southern Song Dynasty (1127-1279), people in the Yangtze River Delta found they could use a common indigo plant to dye white cotton fabric dark blue. The colors and patterns were simple and plain compared to what’s available now, but locals began to make these batik-like textiles for commoners. It is one of the exhibition pavilion’s highlights.

The development of dyeing materials also gave a boost to pattern printing technology. Ancient craftspeople mixed colorful materials with adhesive, and then used a wood block to print patterns on the textile. Usually, the block was engraved with floral patterns and mythical creature motifs.

The earliest version of this type was found in Han Dynasty Mawangdui Tomb of Changsha city, capital city of Hunan Province.