'Time' flies for artist, a pilot of her own destiny

A fearless experimenter, Ye Hongxing is a polymath who picks up any media of her choosing and creates a piece of art that inspires awe, be it an intricate oil painting, a series of marble sculptures, staggering colorful installations, sticker or stone collages.

Kicking off at Art+ Shanghai Gallery today, her new works presented for “Being Time’ The Time Being” yet again strike a refreshing and remarkably different style of artistic expression.

The four latest series verge on the abstract, prismatic colors and surrealistic combinations that are informed by pop aesthetics.

Remaining loyal to her favored technique of collage in a conceptual sense, Ye unveils for the first time the “Diamonds and Rust” and “Red Curtain” series, both painted collages with fragmental incorporation of stickers and other heterogeneous media.

She also continues her line of work with stickers producing two sequel series titled “Ksana” and “Nebula,” with an updated black-and-white color-palette. “Ksana” features something not-quite-flower, not-quite-animal, floating mid-air as though going through a constant physical transformation.

The series suggest Ye’s portrait of an “instant” stolen from eternity. The figures of “Ksana” merge into one another, while certain parts reappear to morph back into the canvas itself. A moment of constant becoming captured and framed.

In her attempt to portray an instant and eternity, she plays with the metaphysical, reflects on her thoughts and emotions, records and creates memories at the same time as she works on her painting.

She leaves space on her canvas for the spontaneous encounters with her subconscious and sober observations of her mind.

Running through December 31, the exhibition is in essence about the architecture of time and awareness of a luminary mind of where Ye stands in it.

This solo show is a space-time continuum where the artist expresses the wilderness of her imagination and turns her poetic, philosophical and esoteric thinking into bold, loud colors, daring combinations and intriguing forms.

Born in 1972 in southwest China’s Guangxi Zhuang Autonomous Region, Ye graduated from the Art Department at the Guilin Normal University in the 1990s. She later moved to Beijing to complete a master’s degree in the Printmaking Department of the Central Academy of Fine Arts.

Living and working between Guilin and Beijing nowadays, she revisits the subjects and motives of her almost 20-year practice and personal growth.

The series leaves an impression of something vast, magnificent, sacred, mysterious and simply beautiful. They appeal to our minds, senses, and memories on a more profound level.

Why not come and enjoy the downfall of a rabbit hole together with the artist? 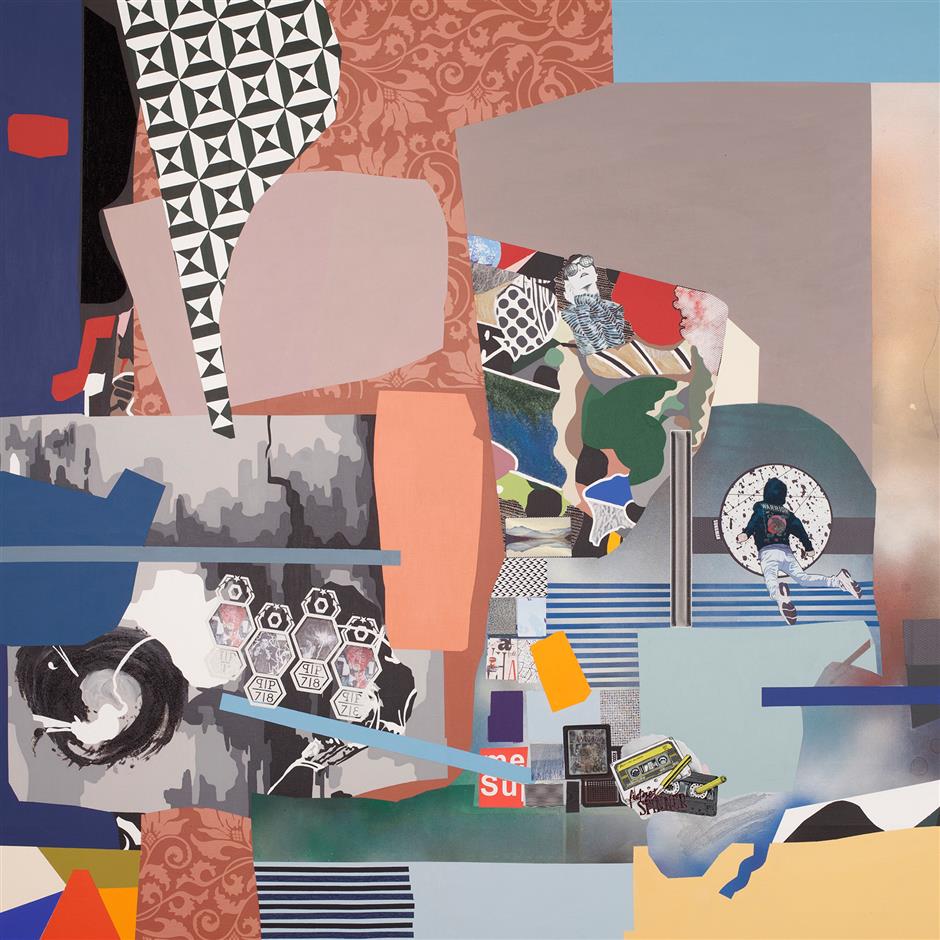