A Festival of Arts
﻿

The opera is based on a story from Ovid’s “Metamorphoses.”

Semele, mother of the god Dionysus, falls in love with Jupiter, the king of the gods. Envying Semele, Jupiter’s wife Juno suggests Semele to ask Jupiter to appear to her in all his divine splendor. However, the Jupiter’s extraordinary power brings about Semele’s death.

Based on the libretto by William Congreve in 1705, the Handel’s opera in three acts was first presented at Covent Garden theater in 1744 during Lent.

In 2010, the opera directed by Zhang Huan was performed in Beijing. Zhang is one of China’s best-known contemporary artists. His version of “Semele” no longer takes place in ancient Rome but is set in a Ming Dynasty (1368-1644) temple.

The ancestral temple with more than 450 years of history was bought by Zhang. It was located in Quzhou in Zhejiang Province.

Unexpectedly, he found a diary documenting the previous host’s life during the “cultural revolution” (1966-76) among the abandoned household goods. The host named Fang Shijin wrote his feelings of love and hate toward his wife who betrayed him and the feeling of helplessness to the family responsibilities.

The impressive opera had its world premiere in Belgium in 2009. It's the first major production of a Baroque opera by a Chinese artist.

“It was really groundbreaking at that time,” said Lady Linda Wong Davies, producer of the opera. “Very few Baroque operas on this scale had been brought to China. It is truly a combination of East and West.”

Wooden posts, beams, lintels, joists and even a 2-ton stone base, every piece of the ancient architecture was archived and cleaned before being transported to Belgium for its debut. The temple was rebuilt on the stage of a Western opera house. 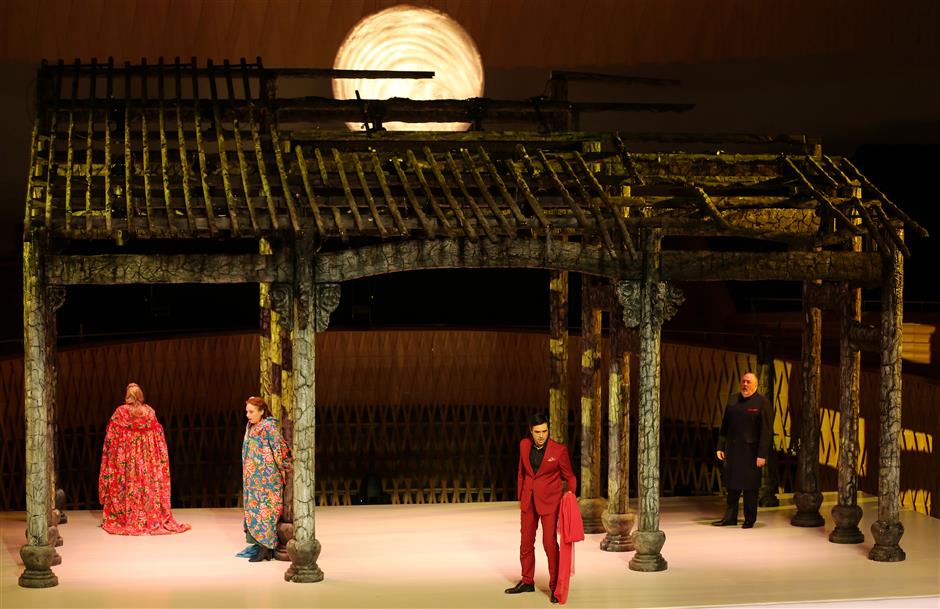 The opera is set in a Ming Dynasty temple.

Based on the Zhang’s work, the new production is directed by Julia Burbach and conducted by Yu.

“Ten years ago, I felt the character Semele represented the ‘material girl’ in Madonna’s song,” said Wong. “But today, things have changed. I want to talk about a woman who is confident in her own desires and abilities.”

Due to the weight limit of Shanghai Symphony Hall's stage, the setting has been redesigned this time.

“It is really a big challenge to bring this huge production,” said Wong. “Shanghai Symphony Hall is one of the most beautiful concert halls in China. But it is not an opera house. There is no backstage and no wings. We have to be extremely ingenious at creating a similar atmosphere and similar feeling for the original context.”

The 60,000 LEDs hidden among the wooden posts created amazing visual effect. Hanging in the sky from the first scenes to the last, the moon is one of the significant elements in the opera.

“The moon is about the innermost feeling, the feminine power and the inner strength,” Wong explained.

According to Yu, Shanghai Symphony Orchestra will collaborate with Opéra Comique to present a new version of “Carmen” next year. 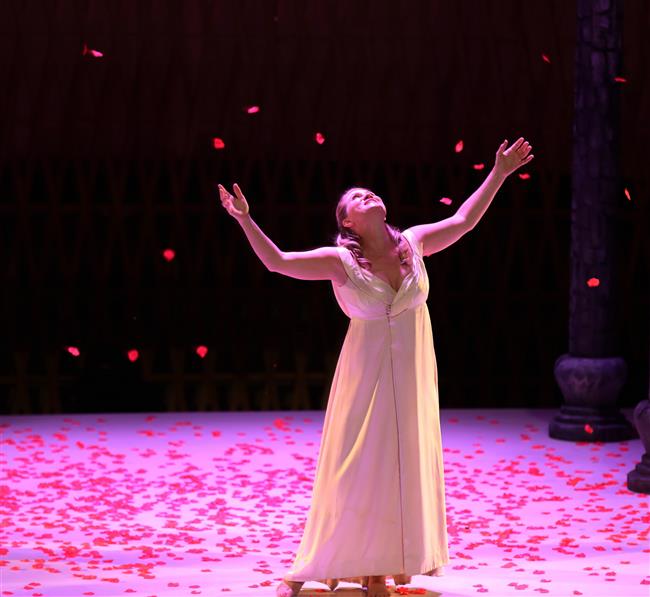 A Festival of Arts
﻿