Prize-winning costumes created by young Chinese designers are on display at China National Silk Museum. Designers combine traditional culture and trendy elements to create a series of costumes presenting the vibrant lifestyle of the new era.

An exhibition of prize-winning costume designs is underway at China National Silk Museum through May 31. Young Chinese designers have referred to traditional culture for inspiration and then added modern aesthetics and trendy elements to create a series of costumes to present the vibrant lifestyle of the new era.

The exhibition is in four sections — newborn, new thoughts, conventional waves and technology.

He applied bright colors, including orange and a stunning blue, to take on an ultra-realistic style. The scientific elements from video games were printed on the clothing, echoing his science-fiction theme. 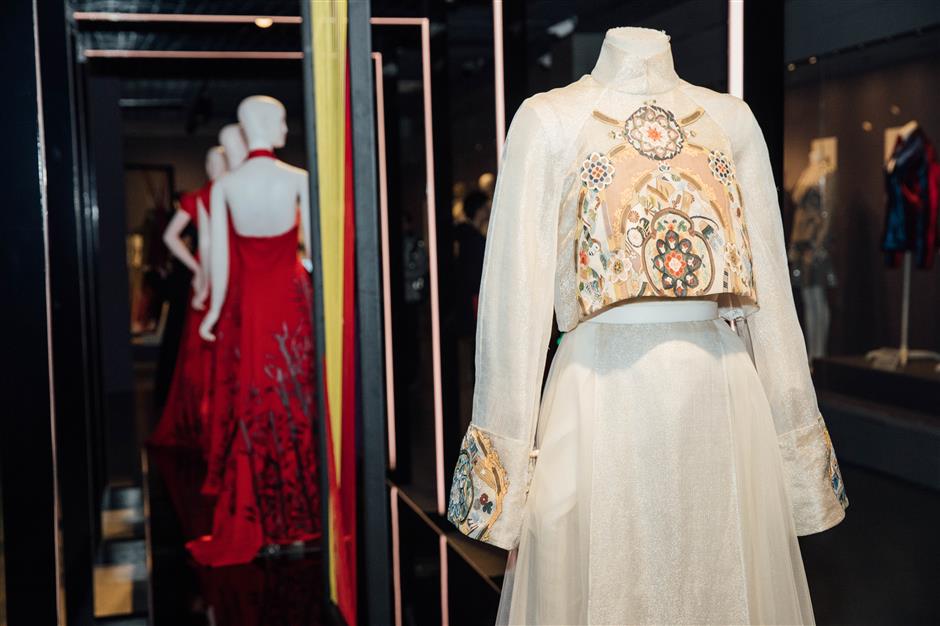 Delicate costumes are on display at the museum.

The decorations on her costumes were made by 3D printing technology, adding avant-garde elements to the work.

China is home to bamboo. In ancient times, bamboo was used to produce daily utensils, furniture, handicrafts and even rice paper. With an abundance of plant fibers, bamboo is also ideal for the production of tissue and textiles.

Zhang Yichao opted for traditional bamboo fiber clothes to tailor his “Walking Flowers” design. In sharp contrast with other chic costumes, his work is characterized by traditional Chinese designs ornamented with bamboo motifs.

Gauze was another conventional fabric that found favor with people in China. It features transparent, light and breathable properties, always used in summery apparel. Today, floral-patterned gauze is popular.

In southern China’s Guangdong Province, there is a variety of gauze considered as a top-notch product. People called it xiangyun (香云), literally meaning “aromatic cloud.” Xiangyun gauze was also called “soft gold” thanks to its time-consuming manufacturing process, high price and limited production.

Compared with ordinary embroidery styles in the Yangtze River Delta, it features more ornate patterns and auspicious themes by using brightly hued thread and brocade, sharing some similarities with counterparts across the country, but distinguished by outlines in gold and silver thread.

The simple and plain xiangyun gauze was decorated with brightly hued cloudy and floral embroidery. 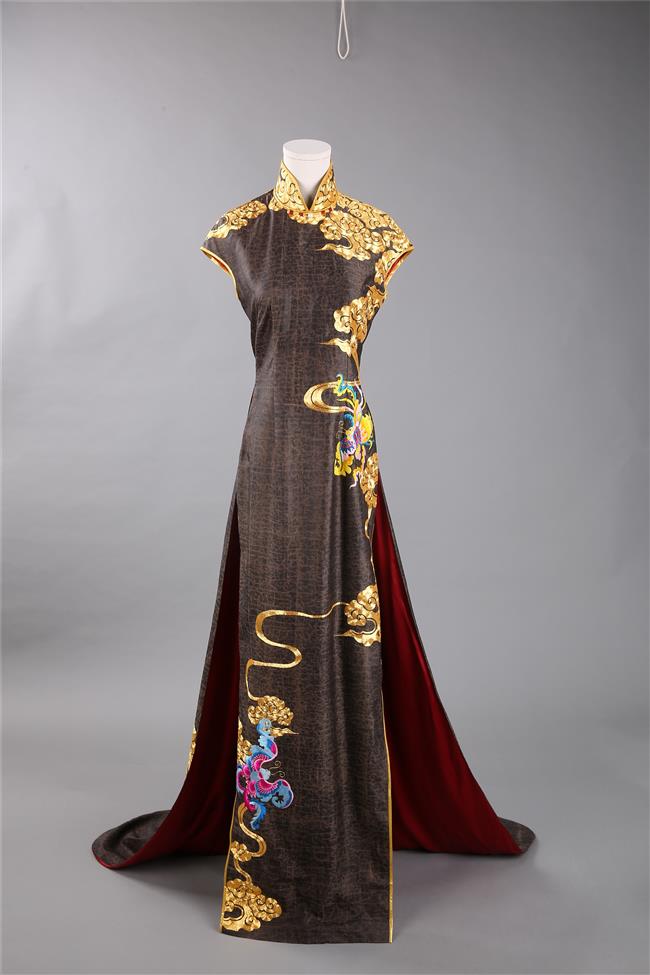 Ancient Chinese costumes featured complicated inner coats and robes, but Zhang only kept the simple outside dress with a slim cut and gorgeous fabric. Calligraphy characters are painted on surface to add a vintage style. 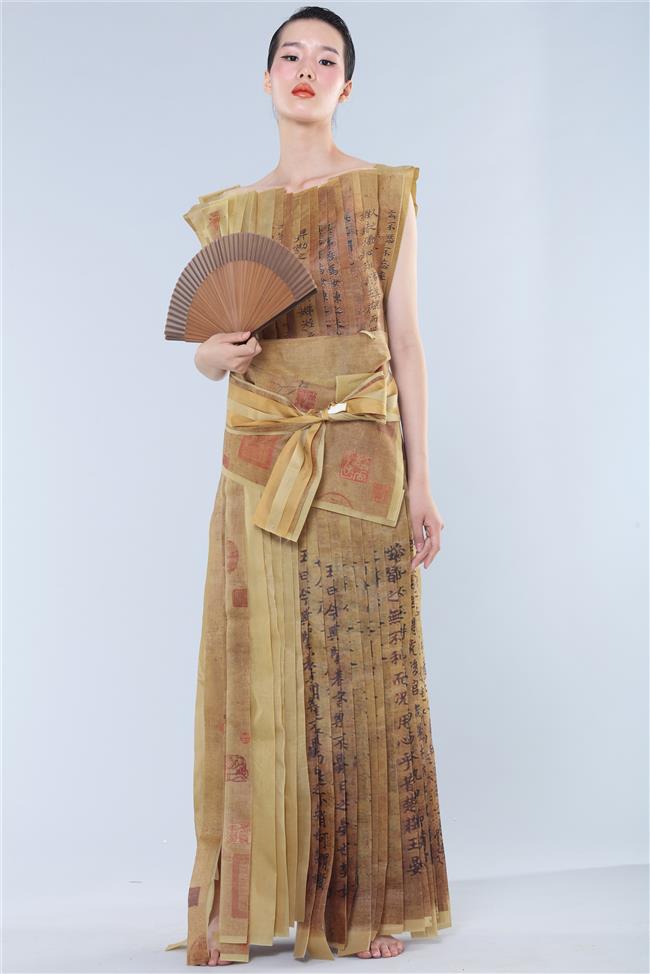 For many Chinese designers, their muse came from the murals of the Dunhuang Mogao Grottoes.

Early murals there show the influence of India and Central Asia in terms of both content and painting techniques. The costumes of the figures in such murals are very foreign, and some of them are even half-naked, a feature rarely seen in traditional Chinese paintings.

Designer Xiong Ying drew inspiration from the murals and debuted her dresses at Paris Fashion Week last year. She designed the dresses with layers of gauze embroidered with sophisticated Dunhuang-style patterns.

When models wearing the dresses walked on the runway with the gauze rising up in the air, they looked like the immortals coming back to life. 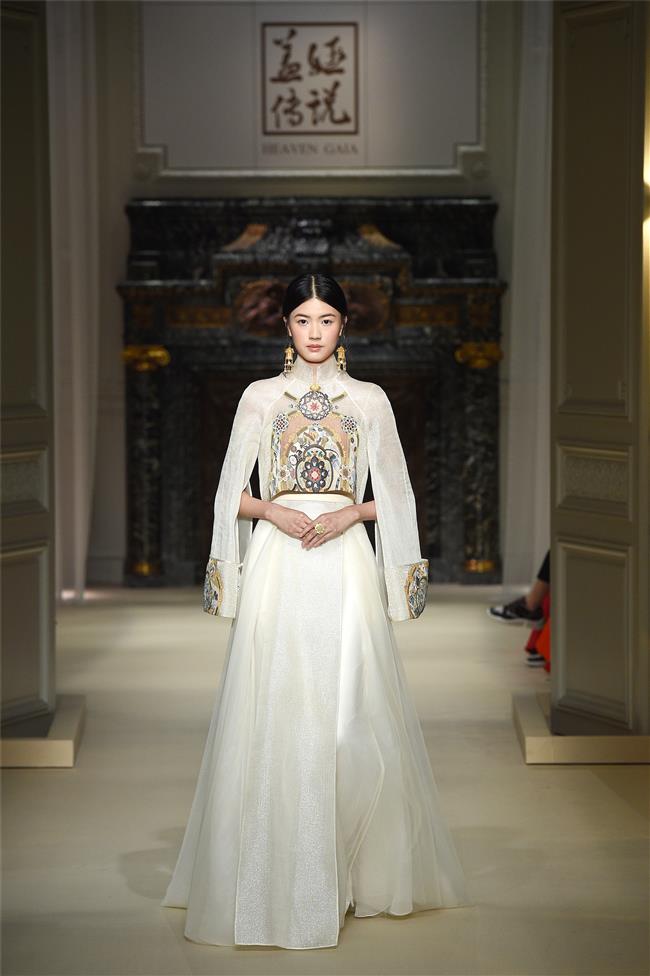 The costume is created by Xiong Ying who was inspired by Dunhuang Mogao Grottoes.

Date: Through May 31 (closed on Mondays)