In the history of modern Chinese painting, Huang Binhong and Qi Baishi were known as “Northern Qi and Southern Huang” by virtue of their contribution to Chinese art.

An exhibition at the Zhejiang Art Museum displays 170 paintings from the two masters, including many created during their twilight years, through October 18.

Qi is widely recognized as one of the greatest Chinese painters of the 20th century. His paintings epitomize Chinese tradition while using innovative form and style. Unlike most other artists of his time, Qi’s work shows no Western influence.

He was considered a pioneer who brought freshness and spontaneity to traditional Chinese ink-wash paintings of birds, flowers, insects and landscapes.

Although he wasn’t the first artist to focus on small details in nature, he was eulogized for his thoughtful and lyrical skills in depicting these subjects. 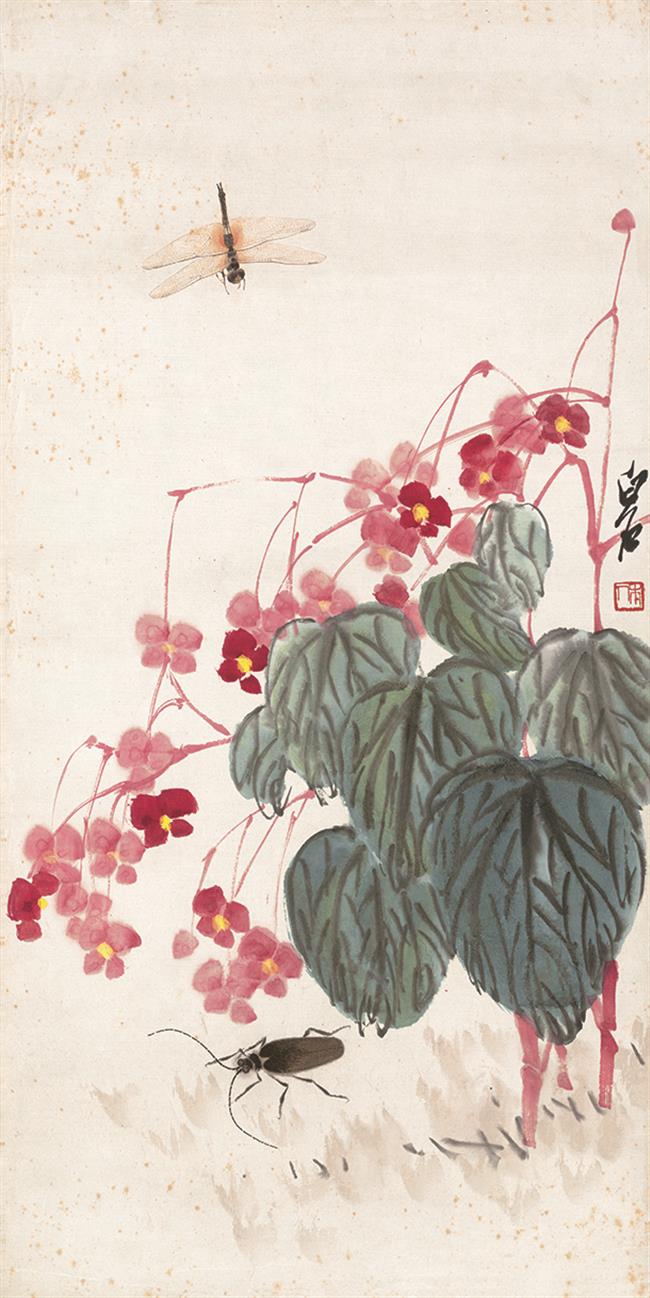 Qi Baishi’s brush painting depicts red flowers with a dragonfly and a cricket.

Huang enjoyed an equal popularity with Qi. At West Lake, there’s a bronze statue of Huang which stands at the foot of Baoshi Hill. This Anhui Province native was a painting master who spent his life in Hangzhou dedicated to art education.

Huang’s work turned to realism when he was in his 50s. It wasn’t until he reached his 80s that he formed his final painting style characterized by heavier ink. 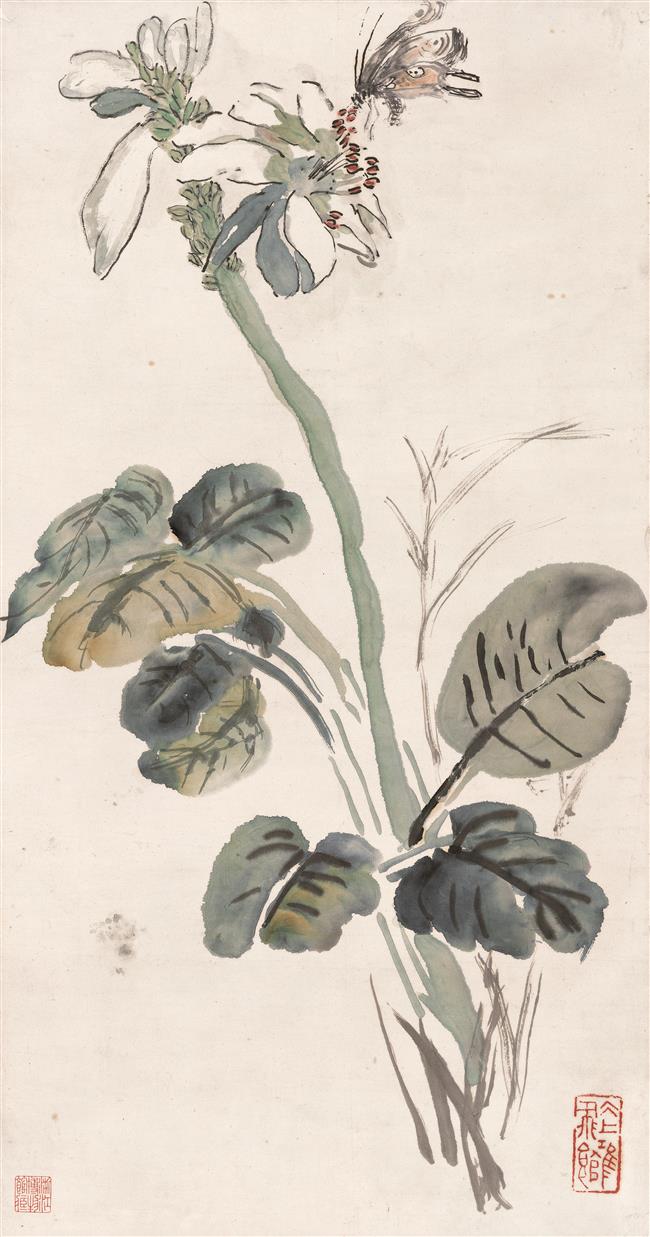